Programming seems like it will always be difficult and complex, but thanks to modern technology, it’s now easier than ever.

Learning a new language takes a little practice but is still possible with dedication, motivation, and perseverance.

That’s why we’ve done the research and compiled a list of the 15 best programming languages for beginners in 2022 so that you can make an informed decision and choose the one that you can really learn.

Python is a popular language used for web development, data sciences, and machine learning. One great feature about Python is that it is easy to learn and easy to pick up once you have learned it. There are even a lot of online resources for learning Python online. Python has a simple design and lots of support for automation. However, Python is not a very powerful programming language.

Python does have built-in variables, loops, conditional statements, functions, and modules that make coding a bit simpler. It also has an open source community that develops many libraries for language use, further improving the language’s capabilities. The language has built-in support for dictionaries, lists, tables, tuples, and sets, making developing web apps easier.

We have started a well-structured and easy-to-learn Python crash course for beginners. 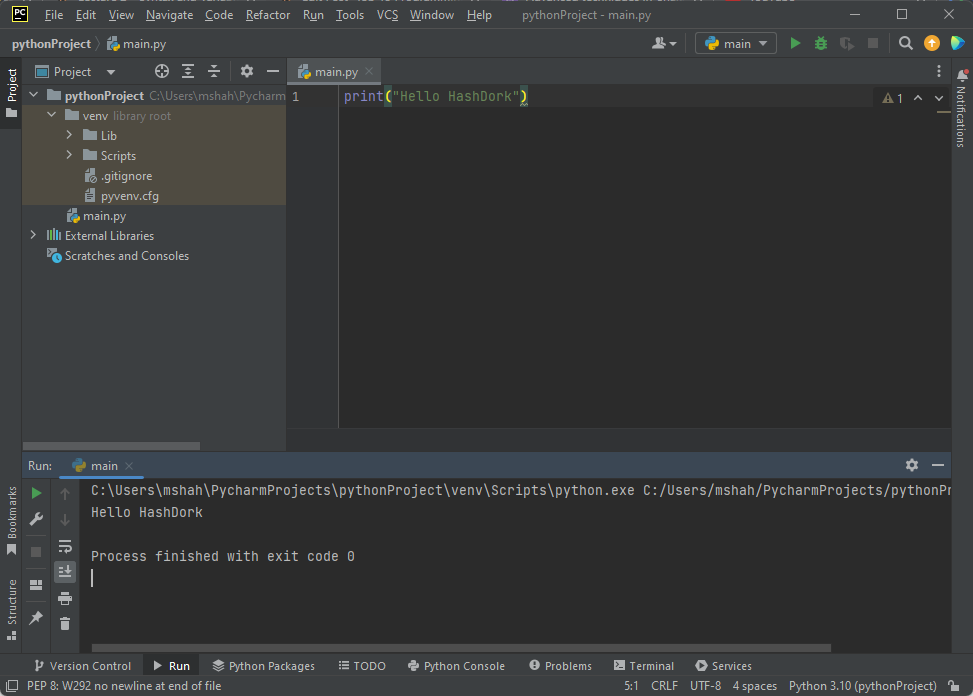 Java is another popular language that is widely used in a variety of domains. It is known for its Runtime Environment (JRE), which allows you to run Java applications on any platform. It also has a large number of libraries that make development easier.

The fact that it is cross-platform means it is very usable across multiple platforms. The only downside to this language is that it is somewhat more complex than some other languages.

Its major syntax is based on C and C++, making it somewhat similar to C. This means that Java is compiled into JVM bytecode which runs on all the JVM-compatible platforms. Although it has many features, it is best for novices who have a good background in C and C++. Its most popular application domain is web development. 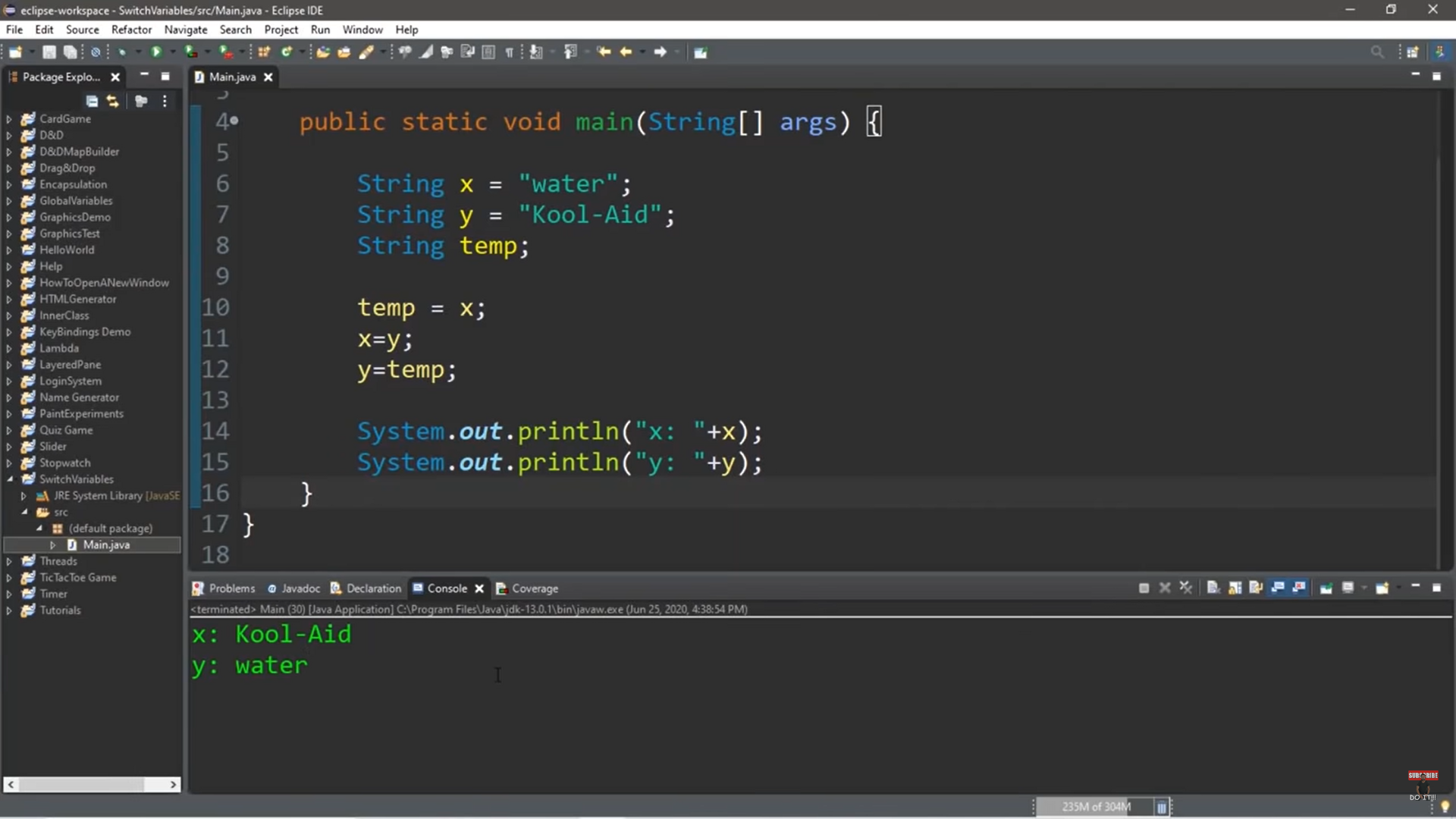 C++ is another programming language that has been around since the early 80s. It was developed to support Microsoft Windows and Unix operating systems. Since then, it has become extremely popular and is often referred to as the “big daddy” of all programming languages.

It is known for its safety and reliability. Despite being powerful, it is relatively easy to use and comprehend. However, if you are looking for a language that will enable you to program in more areas, such as graphics, animation, or video editing, C++ may not be the right language for you. 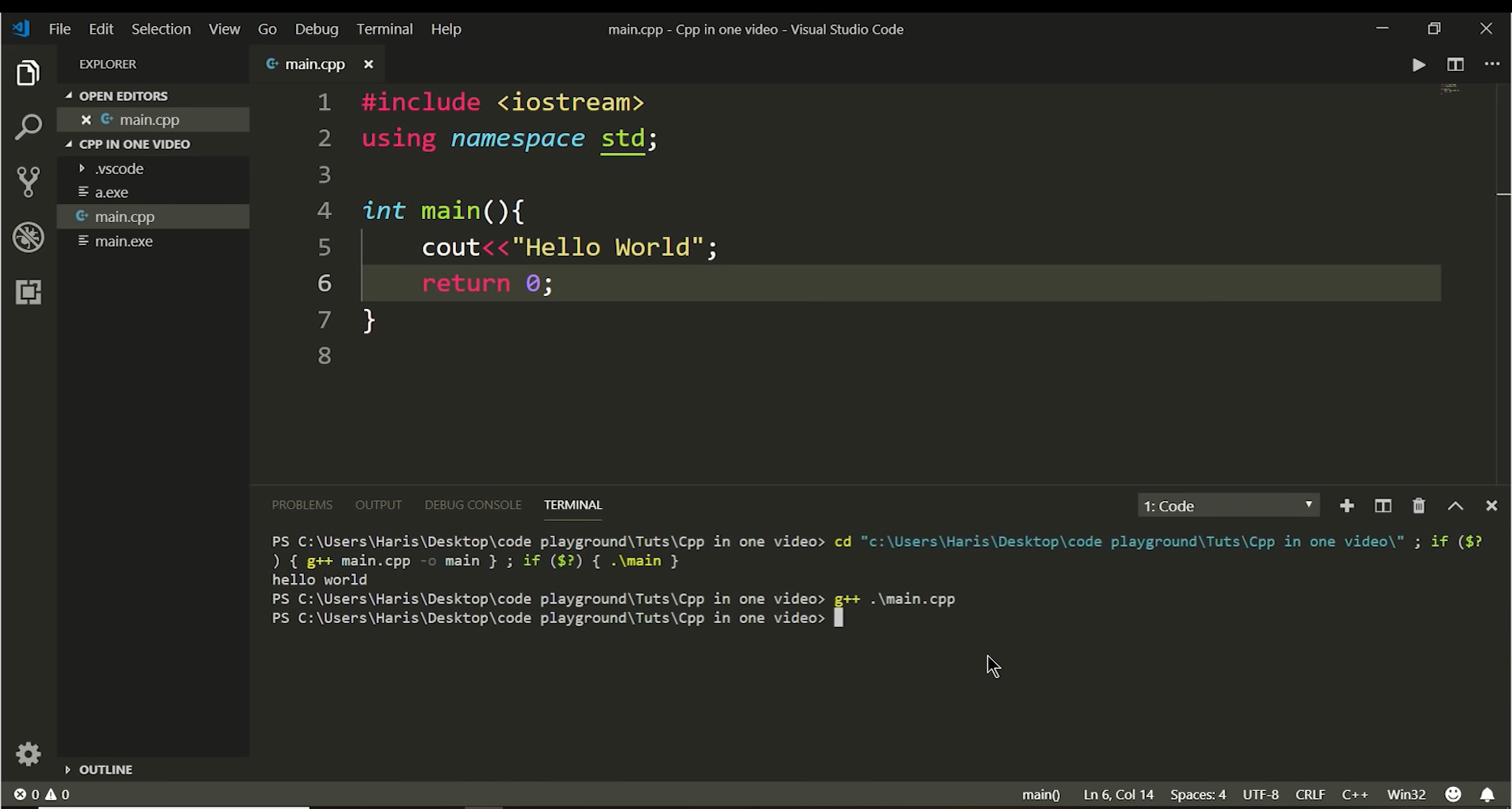 C is one of the most popular general-purpose languages. It was created in 1972. It has been used to develop databases, applications and even operating systems. C is considered to be the most fundamental language and it has provided building blocks to create many other programming languages. It also served as a parent language to C++ and boasts some resemblance in the characteristics of the former.

Its use cases are vast. It was used to build the first operating system, the UNIX. Later on, Microsoft Windows was also written in C. The email clients Mozilla Firefox and Thunderbird were also developed using C. C# is a great language to learn as a first programming language for beginners. The syntax is quite similar to JavaScript, which means if you already have experience with JavaScript, then learning C# will be easy for you. In addition, since Microsoft created this language, they add new features very often. For example, in 2017, they introduced the C# 7.3 language features.

This includes async/await and tuples in return values. Many resources are also available for C#, such as tutorials and books. There are also many job opportunities for programmers using C#. Many big companies like Google, Apple, Netflix, and Amazon use this language. In short, C# is a good programming language to learn. 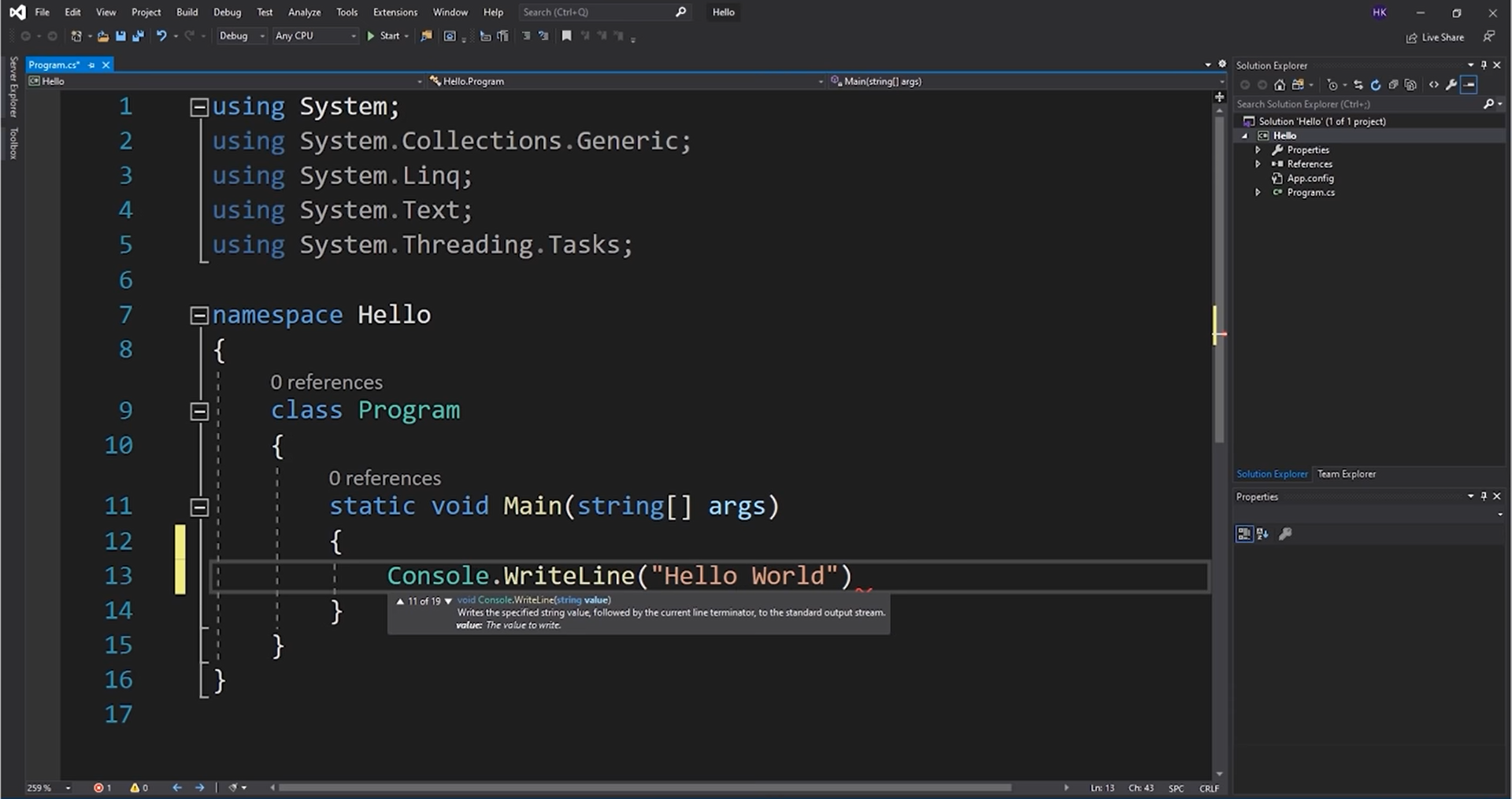 As of 2020, SQL is the most popular relational database management system (RDBMS) for data storage and query in modern computing. RDBMSs provide the foundation for nearly every business and enterprise application today, and SQL provides the query language to access and manipulate those data stores.

A programming language that interfaces with SQL can be used to build database applications. Popular options for learning SQL include Microsoft SQL Server Management Studio or MySQL Workbench. There are also free alternatives, such as pgAdmin III.

There are many variations of SQL, including Object-Relational Mapping (ORM). The SQL language has been in use since the 1960s, but in the modern era, the use of SQL has increased greatly. Some programming languages have integrated SQL as a way to connect with a database. This integration makes it much easier to work with databases. In many cases, databases contain large amounts of data that need to be filtered through SQL queries. 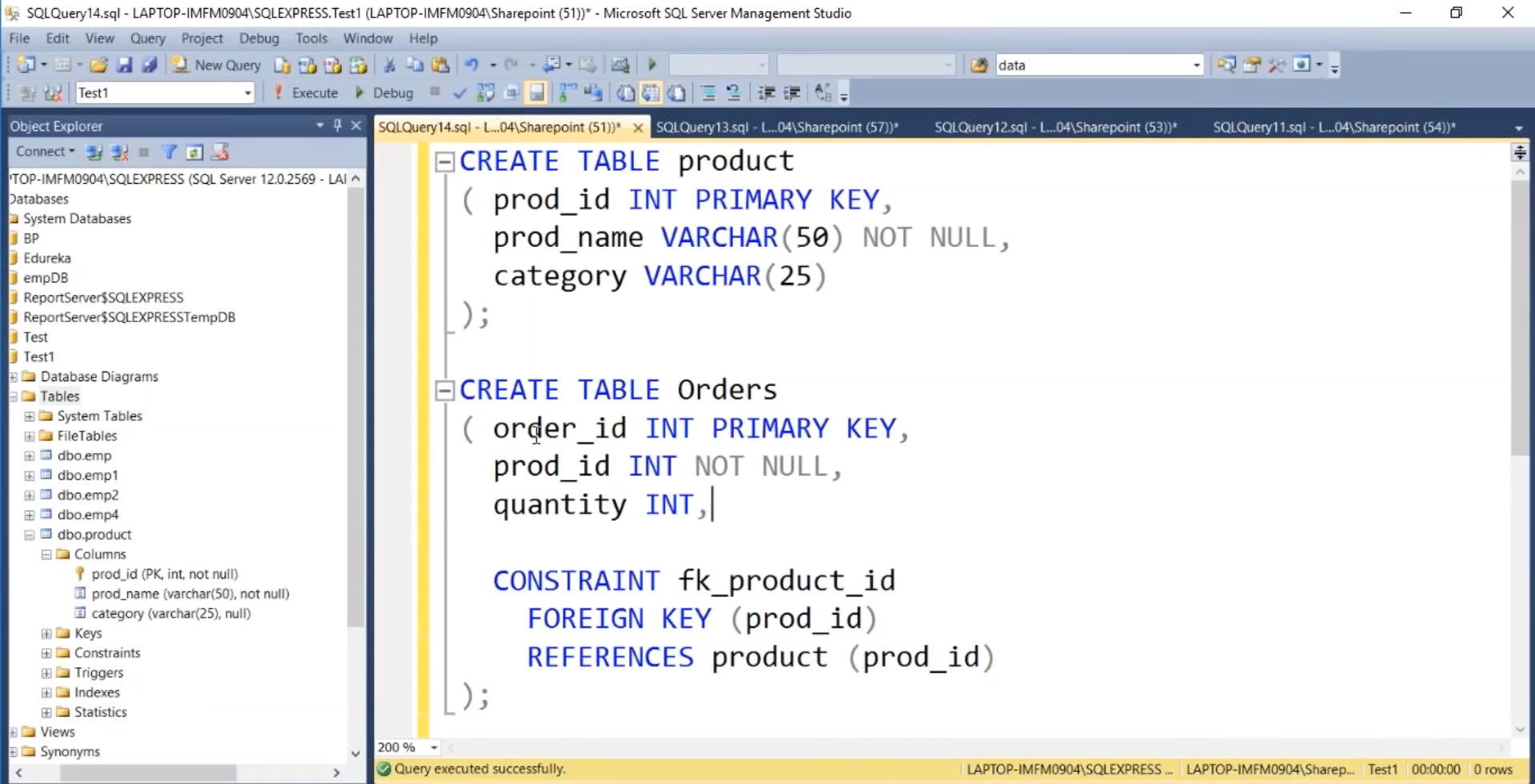 PHP is a general-purpose scripting language and is especially useful for web development. PHP is easy to use and is one of the most popular programming languages on the web. Although it was originally developed for the web, it is not designed for the web.

It is a server-side scripting language that is often used for personal websites. Some websites use only PHP for the front end, while other websites use both PHP and HTML. Many web developers prefer PHP to JavaScript for developing dynamic web pages.

PHP is easier to learn than JavaScript because of its syntax. PHP is usually used with a web server like Apache or Nginx. 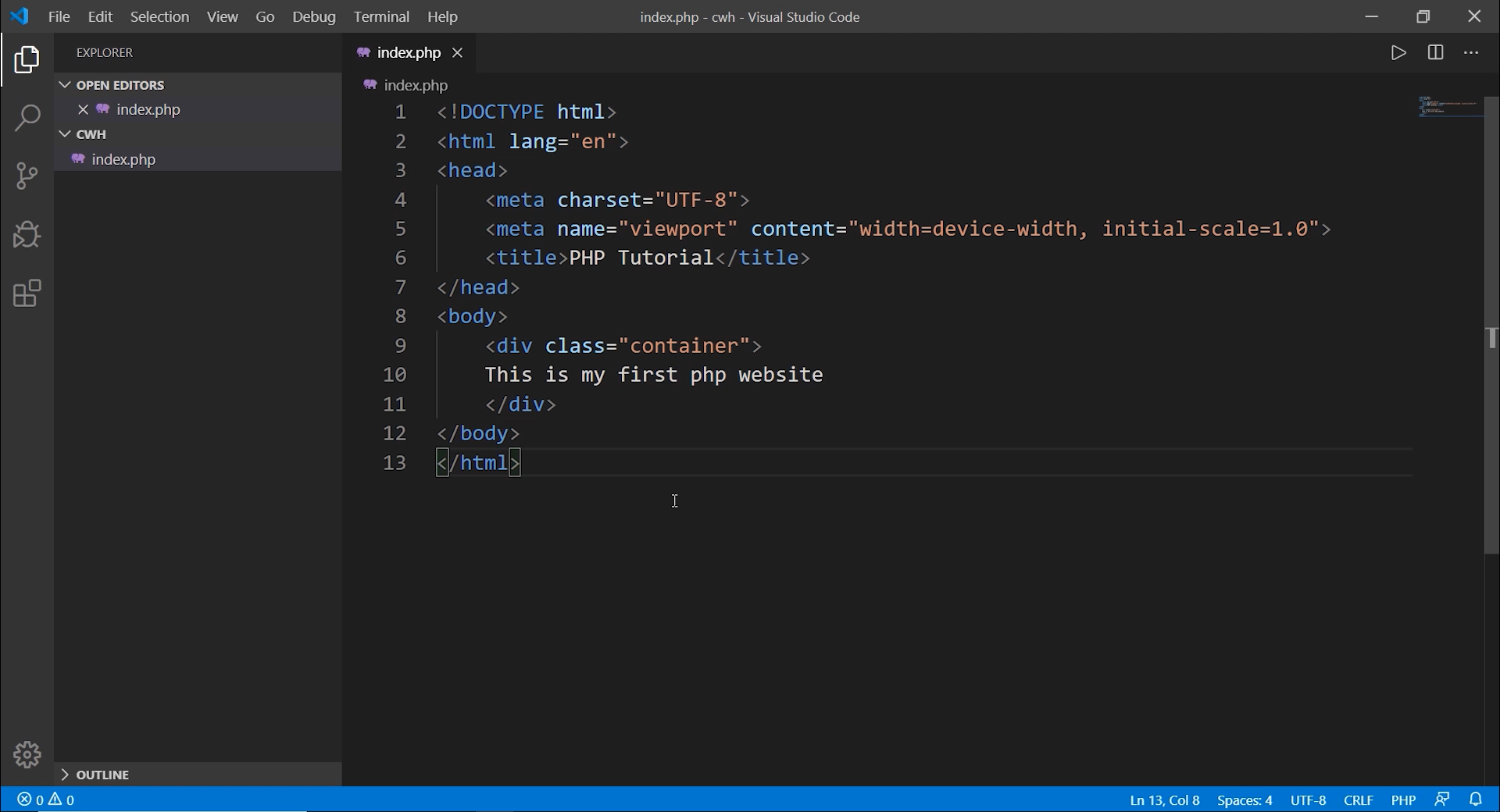 It provides more stability than other programming languages, and it is also optimized for use on iOS devices. Swift is also easier to write and understand, making it perfect for developers who don’t want to spend a long time learning a new language.

For example, Swift is very fast and efficient, so it’s perfect for mobile applications and games. It uses automatic memory management, which is useful for developers because they don’t have to worry about managing it themselves. In addition, it’s integrated with Xcode, Apple’s IDE, and allows developers to use third-party IDEs.

With Swift’s help, you can build your ideas into reality with minimal effort. It supports strong typing and a large library of built-in functions and libraries.  In fact, Swift is used for creating frameworks such as Instagram, Uber, and Pinterest. Swift also has a lot of good news in terms of accessibility.

In fact, if you have an Apple keyboard, you can easily type in Swift. However, Swift lacks documentation, so you may find yourself struggling with syntax and other quirks. Many of Apple’s products, such as IOS, use a large community of Objective-C developers. The key feature to learning Objective-C is to understand the differences between C and Objective-C. It is a general rule that when you see “C” you use only the C syntax.

On the other hand, Objective-C uses many features from C++ and Java. Once you understand the difference, you will be able to write readable and concise programs. You will find a lot of tutorials on the web for Objective-C, and most companies offer a free trial to get started. 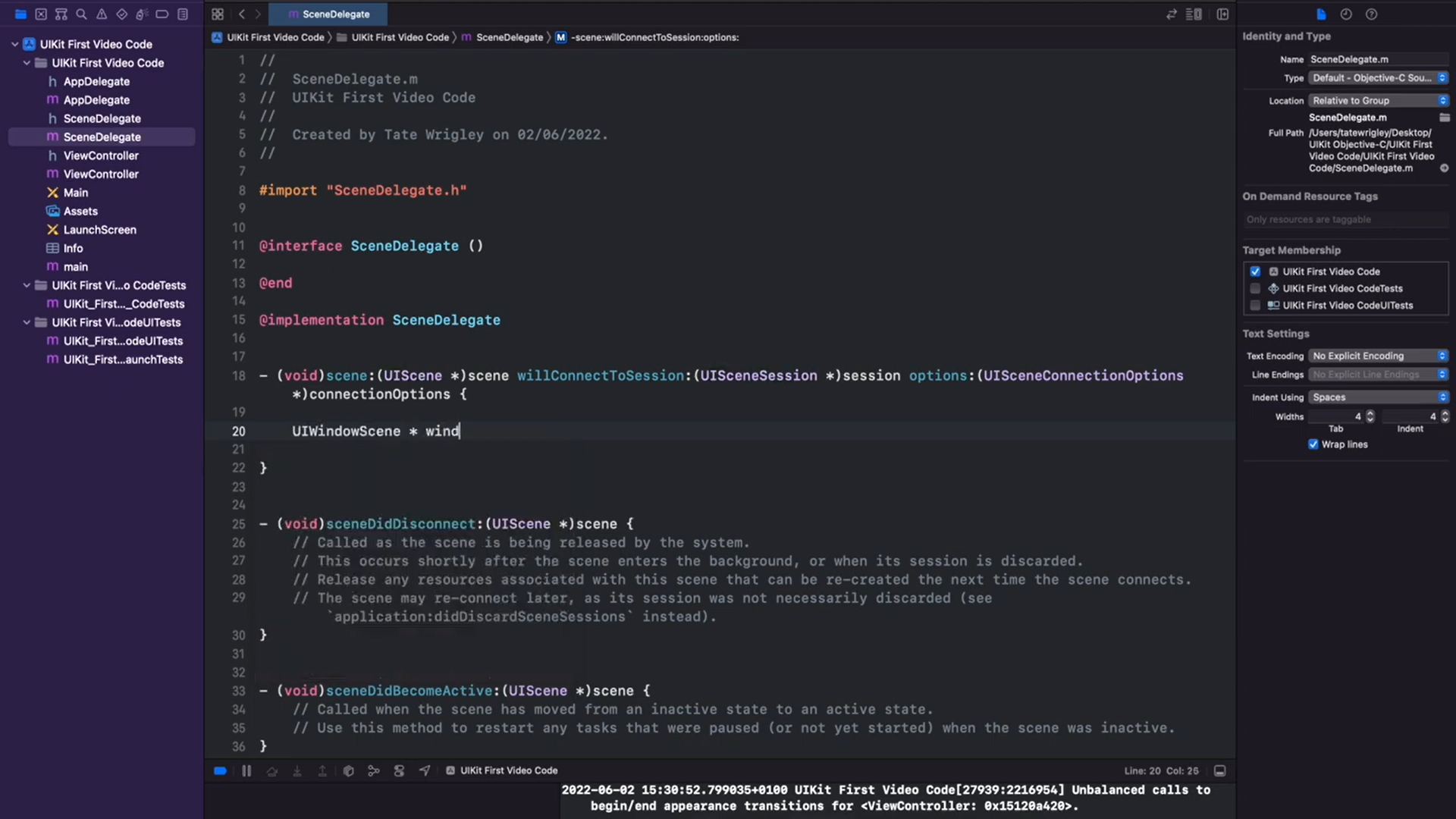 Ruby is a versatile and fun-to-use programming language. It’s known for its Rails web application framework, which makes web development easier. Ruby is also used in a variety of other domains such as scientific computing, artificial intelligence, and more.

Ruby was initially designed for scripting but is increasingly being used as a backend language. It has a number of advantages over Python, such as speed, object-oriented features, and a small memory footprint. Ruby has been growing in popularity, especially within the startup industry, because of its power and efficiency.

However, there is still a significant learning curve, and Ruby’s community isn’t as large or welcoming as Python’s. There are also a few different ways to structure your code, which can lead to confusion. Ruby does offer several different libraries that can make it easier to write apps, however. 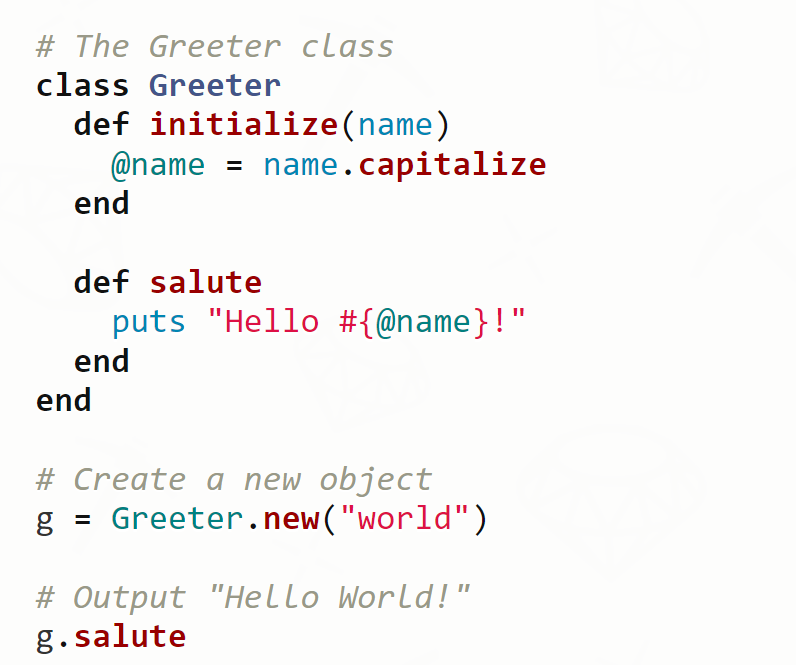 Android developers mostly use Scala. Many consider it to be the fastest-growing programming language because of its powerful features, such as functional programming, actor-based concurrency, immutable data structures, and automatic parallelization. Because of this, it is a good language for developing high-performance mobile apps and computer games. 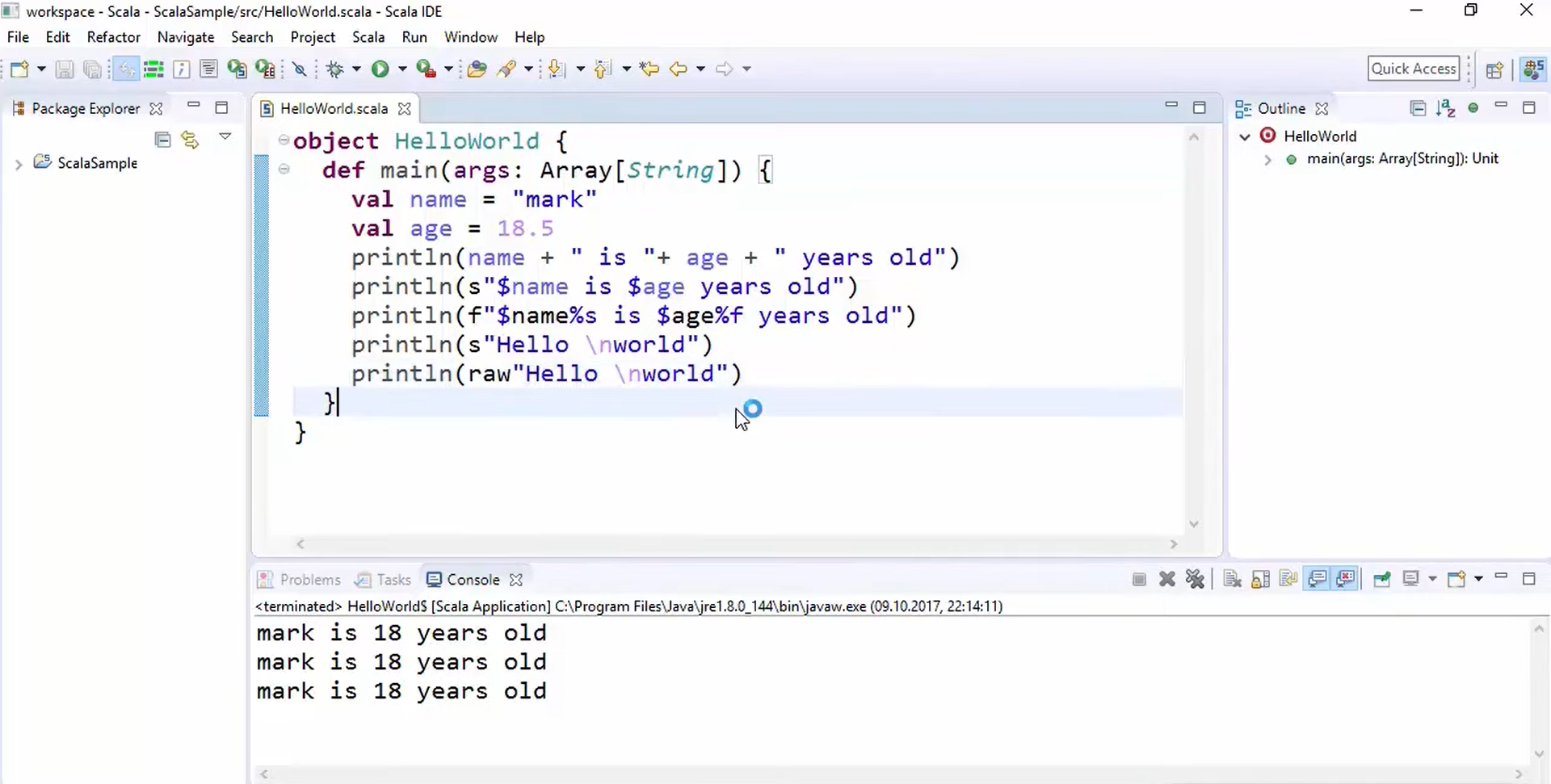 Rust is a relatively new programming language, making quite a name for itself. First, Rust makes it safe to write concurrent code, which is essential in multi-threaded programming.

With Rust, we have more control over memory, which allows us to prevent crashes. This makes it great for developing large-scale applications, such as computer programs and operating systems. Another thing that Rust is known for is its type of safety, something which allows the compiler to verify that we are not writing code that will cause bugs and crashes.

Rust has been designed by its creator with security in mind. It has safe memory management and predictable execution paths. Because of these features, it is considered a modern secure language. It provides a lot of safety and control. There are many tools, libraries, and resources available for Rust. Rust’s most important advantage is that it is easy to learn. This means you don’t need to spend much time and energy learning new syntax and patterns.

You can focus on more important skills, such as structuring code and building maintainable applications. The only downside is that you won’t be able to develop large applications in Rust without the help of libraries or frameworks. There is a huge library of pre-built functionality, but it is limited to what is built into Rust itself. 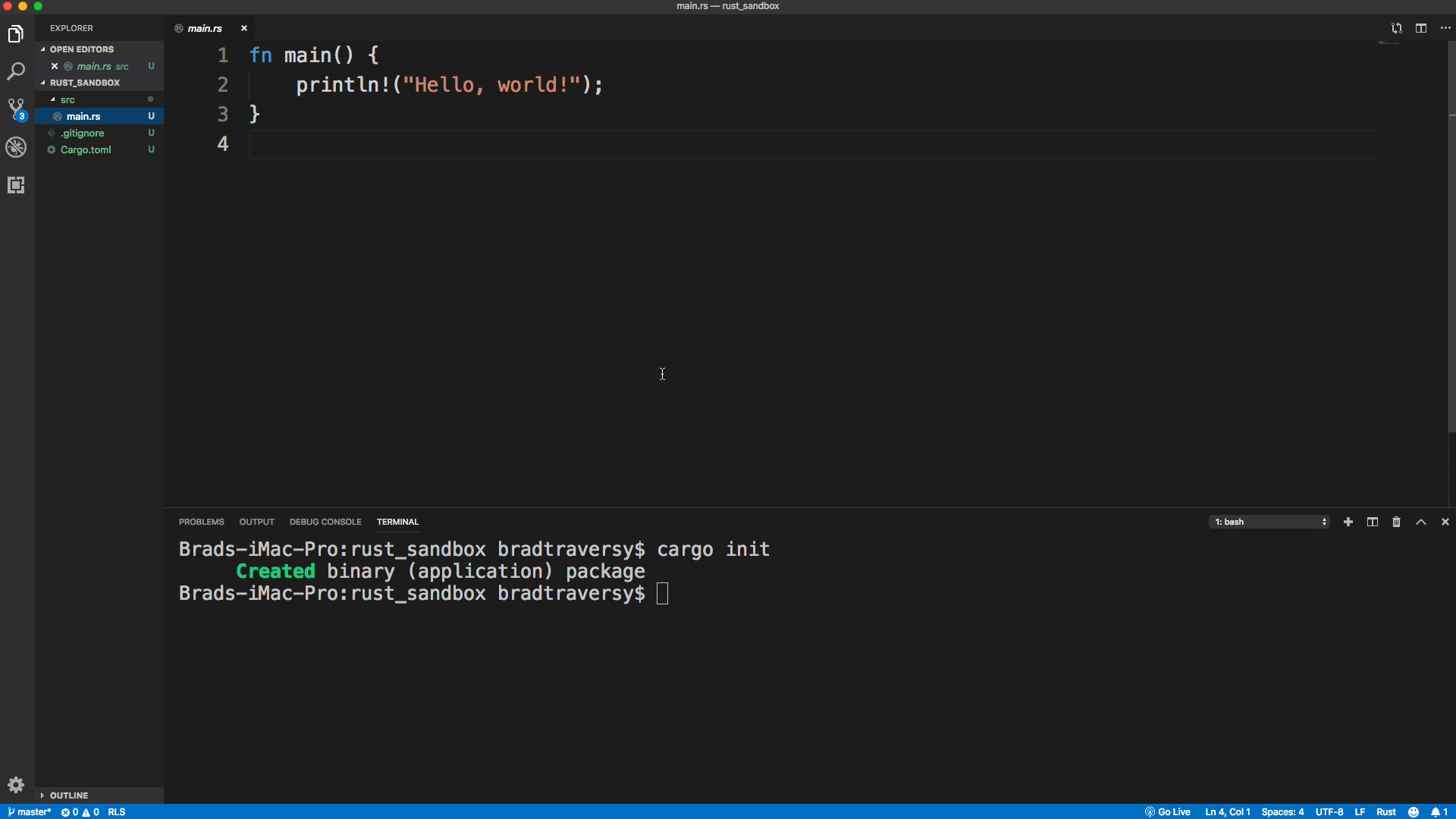 JavaScript is a high-level programming language that can be used on a wide variety of platforms. It is also very easy to learn and understand because it is based on familiar syntax and concepts that developers already understand. There is also a huge ecosystem around JavaScript with many libraries, frameworks, and tools.

If you’re looking for an efficient, compact, and fast language, then assembly might be for you. Assembly is not only the language that made computers possible. The syntax is easy to pick up and easy to understand, and it’s great for beginners who want to make their own video games or apps. You’ll have full control over your code. 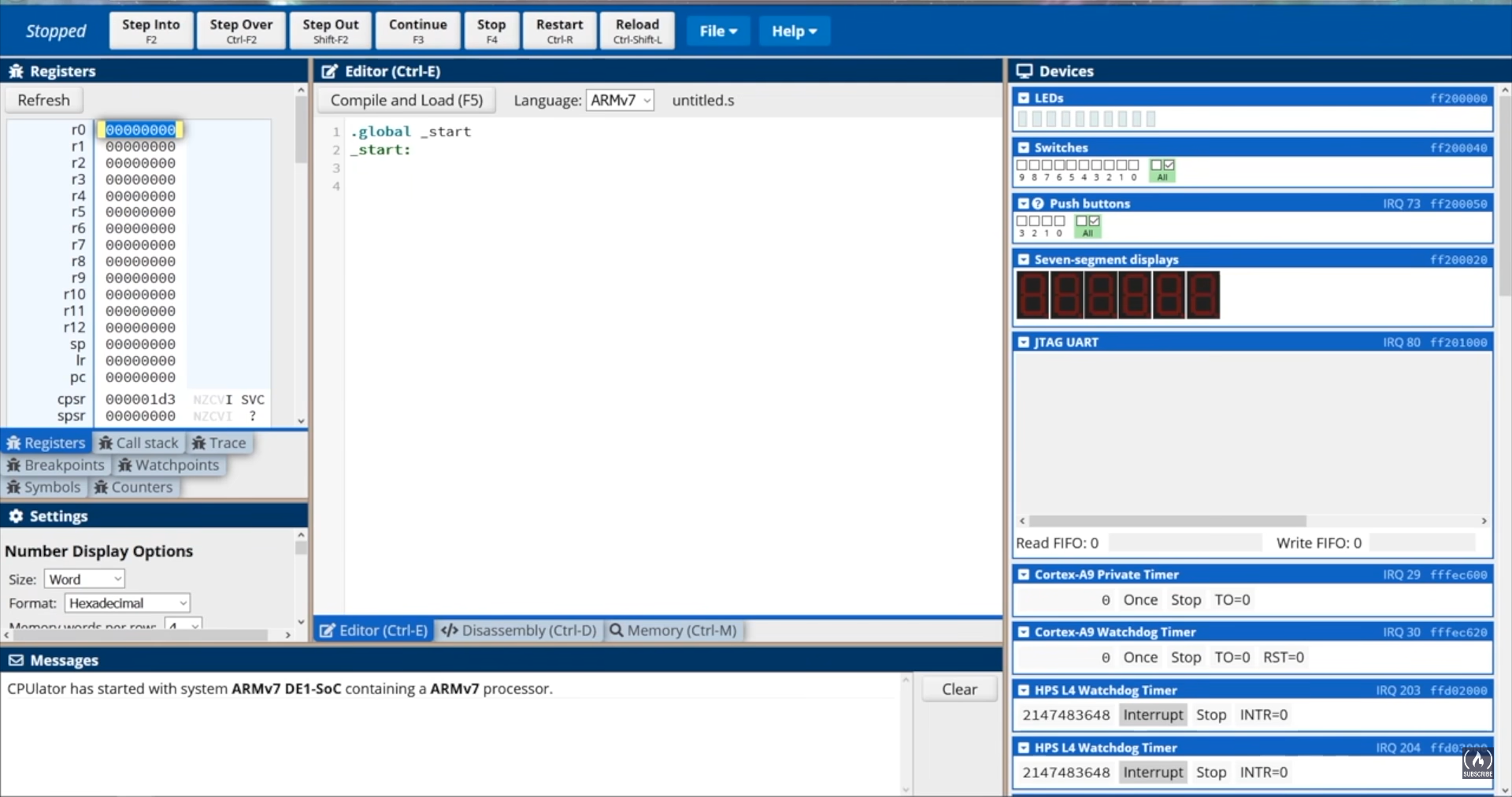 Dart is a cross-platform programming language developed by Google that leverages object-oriented programming concepts (OOP). Dart has a simple syntax and provides features such as asynchronous data streams, reactive programming, and mobile development.

In fact, Dart allows developers to build applications and deploy them across multiple platforms with the same code base. This makes it one of the top programming languages for beginners. To start building with Dart, you need to install the Dart Editor from dartlang.org or search for a plugin for your IDE. 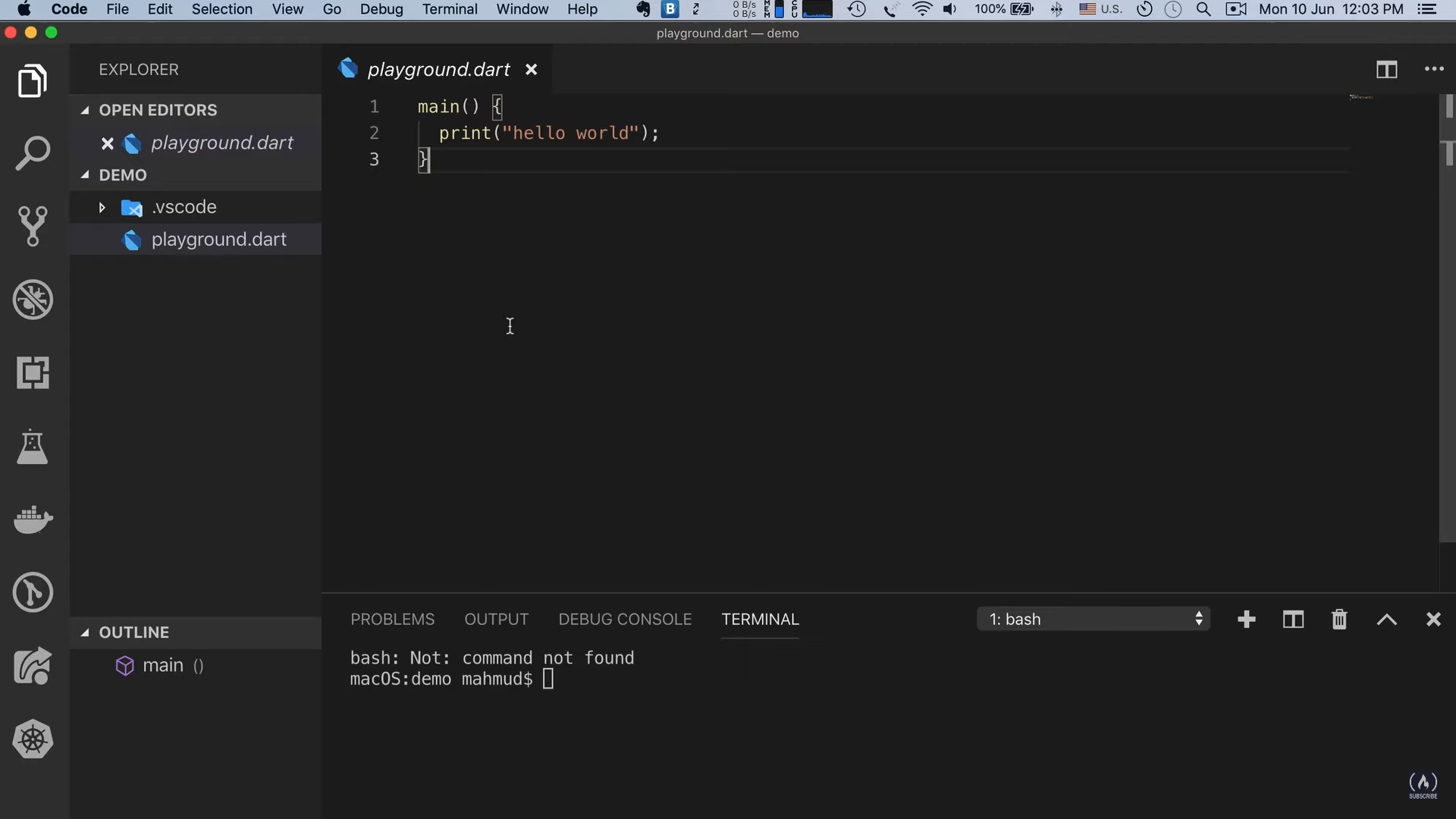 These were the most popular programming languages of 2020. We hope this article helped you in finding the best language to begin your coding journey.

20 Best Books on Data Structures and Algorithms for Beginners