Since the development of computers or machines, their capacity to execute a wide range of activities has grown at an exponential rate.

Humans have increased the power of computer systems in terms of their broad working areas, growing speed, and shrinking size over time. Artificial intelligence is a technology that has dramatically transformed the twenty-first century.

AI is a part of our daily lives, which is why I believe it is critical that we comprehend the many AI principles.

Artificial intelligence (AI) is the basis for emulating human intelligence processes in a dynamic computing environment by designing and implementing algorithms.

It is an attempt to educate computers to think and behave like humans. Artificial intelligence (AI) is becoming increasingly common in today’s world.

It refers to the reproduction of human intelligence in computers that have been programmed to learn and replicate human behavior.

These computers are capable of learning from their mistakes and performing tasks similar to those performed by humans.

As AI advances, it will have a significant influence on our level of living.

What is Artificial Intelligence?

Artificial intelligence is a collection of technologies that work together to enable robots to detect, interpret, act, and learn at human-like levels of intelligence.

This is why everyone appears to have a distinct definition of artificial intelligence: AI isn’t simply one thing. Artificial Intelligence (AI) is a branch of computer science that focuses on cognitive issues associated with human intelligence, including learning, problem-solving, and pattern recognition.

Artificial intelligence is a method of instructing a computer, a computer-controlled robot, or software to think intelligently in the same manner that the human brain does.

Because of artificial intelligence, machines can learn from previous experiences, adapt to new inputs, and perform human-like tasks (AI).

Deep learning and natural language processing (NLP) is used prominently in most AI instances today, ranging from chess-playing computers to self-driving automobiles. Artificial intelligence (AI) enables computers and gadgets to do tasks that are similar to human intellect.

What is weak AI?

Weak AI is using advanced algorithms for specific problem-solving or reasoning tasks that do not need the full range of human cognitive abilities.

Voice-based personal assistants such as Siri and Alexa can be called weak AI systems since they perform a limited set of predefined tasks, meaning that they typically have a pre-programmed response.

Weak AI is unconcerned about the consequences of AI; it just believes that intelligent behavior can be represented and employed by computers to handle complicated problems and tasks.

However, just because a computer can behave intelligently does not imply that it is intelligent in the same way that a human is.

What is strong AI?

Strong AI is a proposed type of artificial intelligence that claims robots can develop human consciousness on par with humans.

Strong AI refers to computers or programs that have their own minds and are capable of thinking and completing complex tasks without the assistance of humans.

Strong AI is made up of a complex algorithm that allows computers to work in a variety of situations, and devices powered by strong AI can make decisions without the need for human participation.

Strong AI-powered computers, like humans, are capable of completing tough tasks on their own.

It basically claims that a computer with the required functional structure has a mind that sees, thinks, and intends in the same manner as a human mind does.

This is the kind of artificial intelligence we see in movies.

Building an AI system is a meticulous process that involves reverse-engineering human qualities and skills in a computer and then leveraging its computing prowess to outperform what we are capable of.

What are the different stages of Artificial Intelligence?

Based on its ability to simulate the human intellect, artificial intelligence can be classed into three stages.

The most basic and limited kind of AI is artificial narrow intelligence (ANI) or weak AI.

However, don’t be fooled by the label “weak.”

Despite being described as limited and weak, this sort of machine intelligence is quite effective at executing the precise purpose for which it was created.

Narrow AI excels at repetitive jobs. For this type of AI, speech recognition, object identification, and facial recognition are all second nature.

However, because this sort of AI operates within specific boundaries and limitations, it is ineffective.

Weak AI can also detect patterns and connections in vast volumes of data in real-time, a phenomenon known as big data.

Furthermore, ANI is the only sort of AI that humanity presently has access to, and therefore any artificial intelligence you encounter will be a weak AI.

This is the only stage of AI now. They can mimic and even outperform human performance in very particular settings, but only in highly controlled conditions with a limited range of characteristics.

AGI is still a theory that is being investigated.

It is defined as artificial intelligence with human-level cognitive capabilities in a variety of disciplines such as language processing, image processing, computational reasoning, and so on.

Artificial general intelligence (AGI) refers to an AI agent’s capacity to learn, observe, comprehend, and function in the same manner as humans do.

AGI, also known as strong AI or deep AI, can do every task that a human can. Developing an AGI system is still a long way off.

An AGI system would require thousands of Artificial Narrow Intelligence units to work in concert and interact with one another to mimic human reasoning.

The worry of AI controlling humanity begins with AGI.

If self-aware killer robots like the T-800 from The Terminator ever materialize, they will have this degree of artificial intelligence.

And, certainly, we are still years away from developing powerful artificial intelligence.

Because this sort of artificial intelligence can think, understand, and behave like humans, it will have the complete range of cognitive abilities that humans take for granted.

Scientists are trying to figure out how to make robots sentient and imbue them with the cognitive powers that allow people to be intelligent.

If scientists succeed, we will be surrounded by robots that are not only capable of increasing their efficiency in completing certain jobs, but also of applying information gained through experience.

The term “artificial superintelligence” (ASI) refers to a hypothetical AI. ASI is also known as super AI, and we can only think of ASI after we have achieved AGI.

Super AI refers to when robots outperform humans regarding intellect and cognitive ability.

Once ASI is unlocked, computers will have enhanced predictive powers and will be able to reason in ways that humans would find impossible to grasp.

ASI-enabled machines will outperform humanity in every way. In the face of a super AI, our decision-making and problem-solving talents would pale.

Many industry professionals remain doubtful about the viability of developing ASI. 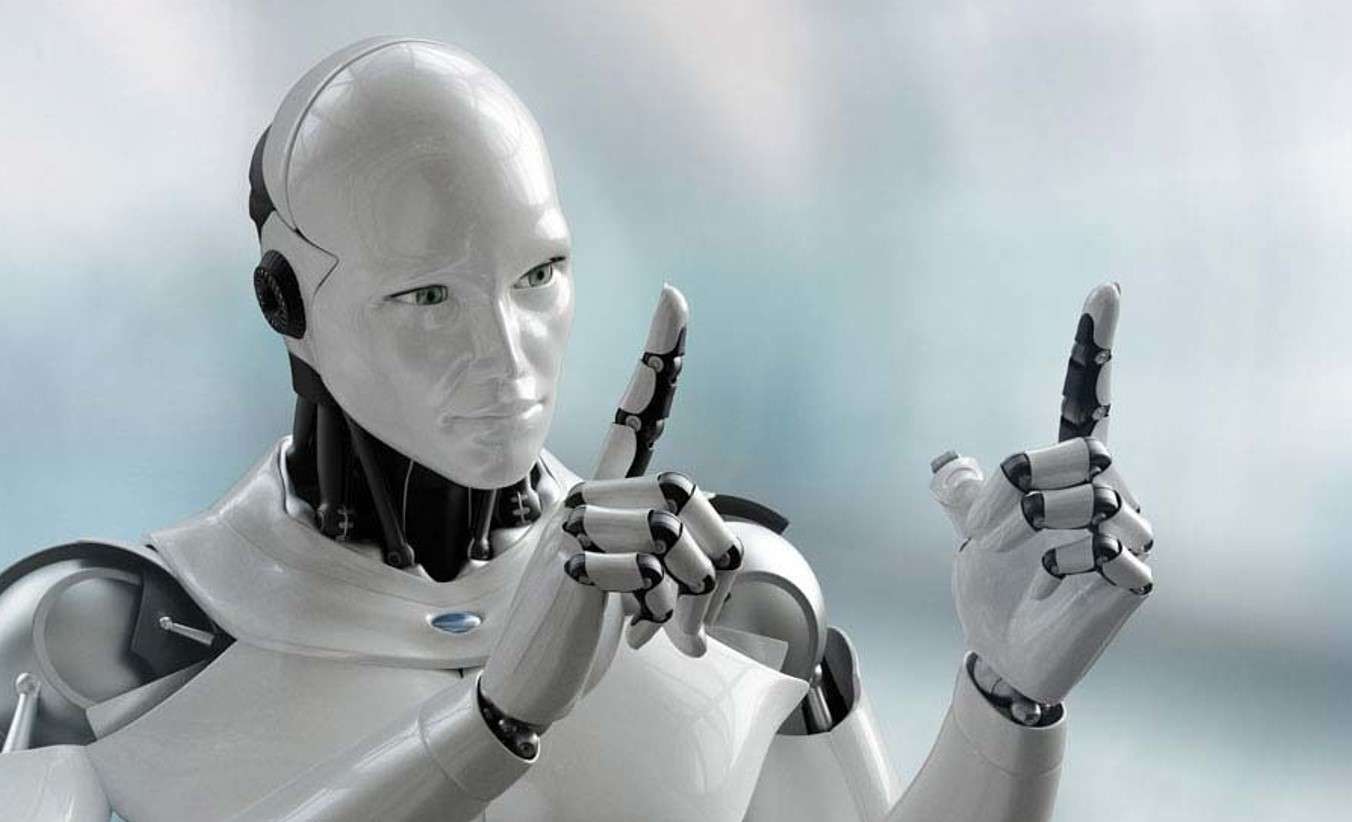 The chances are that none of us will live to witness this form of AI — unless we unlock immortality first.

However, if we achieve Artificial General Intelligence, AI systems would be able to quickly develop their skills and expand into realms that humans could never have imagined.

While the gap between AGI and ASI would be very tiny (some claim as little as a millisecond, because that’s how quickly Artificial Intelligence would learn), the long trip ahead of us reaching AGI itself makes this appear to be a concept that lies far into the future.

What is the purpose of Artificial Intelligence?

The purpose of artificial intelligence is to supplement human abilities and aid us in making complicated decisions with far-reaching consequences. That is the solution from a technical standpoint.

Artificial Intelligence has the potential to help humans live more meaningful lives free of hard labor, as well as to govern the complex network of interconnected individuals, businesses, states, and nations in a way that benefits all of humanity.

Artificial Intelligence’s current purpose is to simplify human effort and aid us in making better decisions.

Artificial intelligence has also been nicknamed “our Final Invention,” a creation capable of producing ground-breaking products and services that will significantly transform how we live our lives, hopefully erasing violence, inequality, and human misery.

How Artificial Intelligence is used?

All around us, artificial intelligence is being employed in hundreds of different ways. It has revolutionized our world and made our lives easier and more exciting. Some of the numerous applications of AI that you may be aware of include:

AI systems are already influencing how we live, and the future is wide open regarding how they will affect us.

AI-powered technologies will almost certainly continue to boost efficiency and productivity while also expanding into new industries throughout time.

Experts predict that as AI progresses, there will be more conversations about privacy, security, and continuing software development to help keep individuals and organizations secure.

While many individuals fear that robots will someday replace them, certain industries are rather resistant to automation.

IT personnel will have to learn new technologies and security processes for AI to work.

Healthcare professionals and teachers will be unable to be replaced by robots because the work they do directly with patients and children is unique. 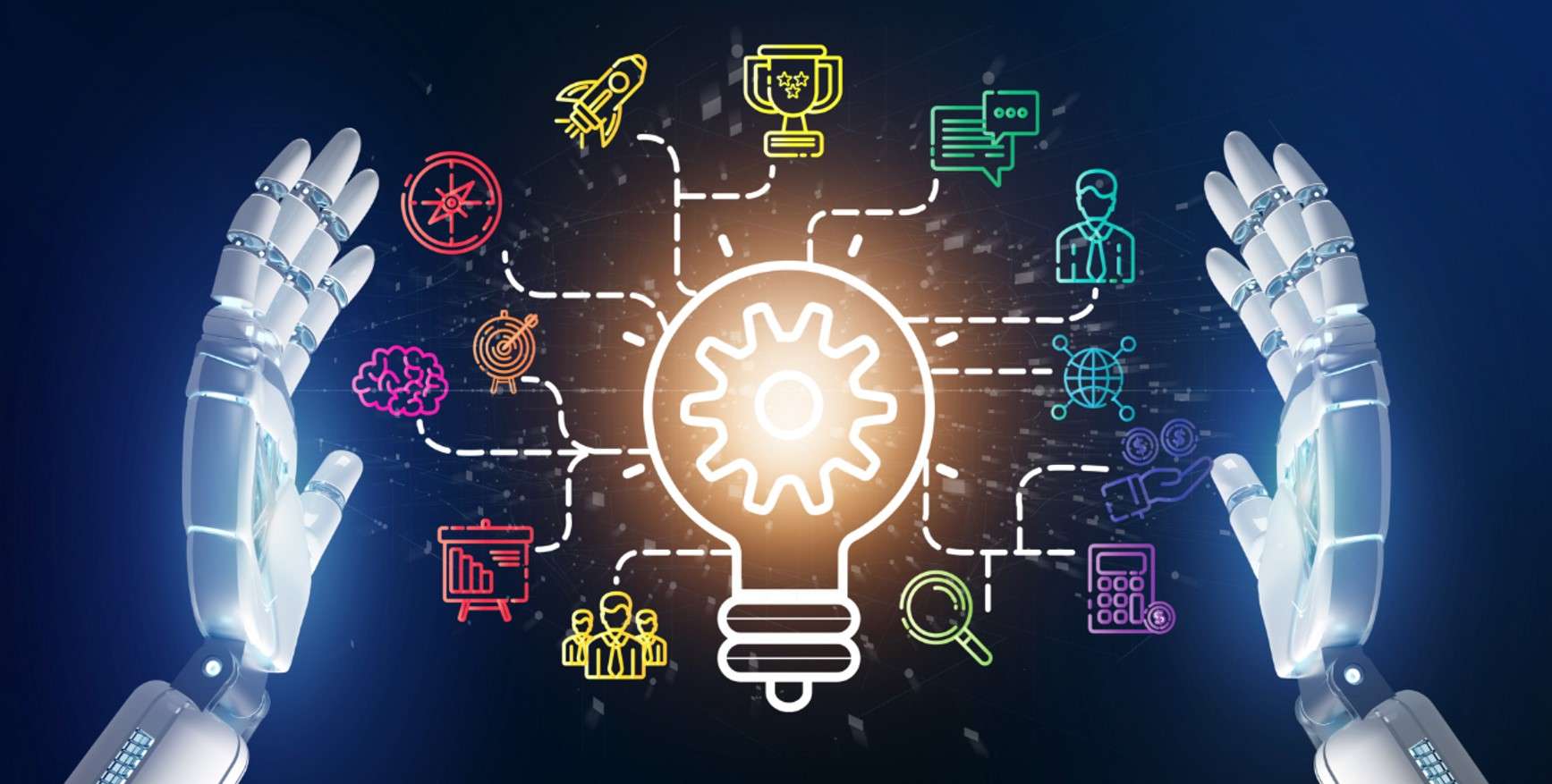 Certain commercial activities can be automated, but human intuition, decision-making, and networking will always be important.

Currently, artificial intelligence is completing things that humans used to accomplish. It decreases human involvement in low-profile jobs, allowing people to work in more important ones.

This needs improved human intellect and a human approach. To improve your experiences on their websites, businesses deploy a lot of artificial intelligence technology in various formats.

Artificial intelligence can be found in a variety of applications all around us.

The business need for Artificial Intelligence is also increasing.

Every day, we encounter several uses of artificial intelligence in our daily lives. This cutting-edge technology can be found in every part of our planet.