Heroku has long been the cloud Platform-as-a-Service (PaaS) of choice for scalable app deployment and maintenance. It saves developers the bother of setting up servers and supporting infrastructure by delivering a cloud-based managed environment on a subscription basis.

PaaS, or Platform-as-a-Service, is a unified set of cloud-based tools and resources for developing and deploying programs without having to manage network infrastructure.

PaaS is often offered via a subscription package, where you will obtain access to the essential deployment tools to launch your projects.

It eliminates the need to set up servers, storage, network services, runtime environments, and other requirements to execute and administer cloud-based applications. These are handled automatically by the PaaS provider, enabling you to focus on developing outstanding apps.

PaaS solutions, like their offline counterparts, include software components that help you create, launch, and debug applications. Some systems also allow you to work with other members of your team in the same environment.

Despite being widely used, Heroku has drawn criticism for its price, performance, and other growing pains. Heroku might not always be a fantastic solution, so be prepared with some excellent Heroku alternatives.

Heroku has faced competition from a number of PaaS vendors, some of which have succeeded. You’ll discover the top Heroku alternatives in this article, which you can utilize right away.

DigitalOcean was well-known for its IaaS products before launching its App Platform in 2020. Platform as a Service (PaaS) for maintaining and expanding apps on cloud infrastructures is called The App Platform.

It could be one of the potential Django Heroku choices given recent advancements. Similar to Heroku, the DigitalOcean App Platform offers popular programming languages and frameworks. 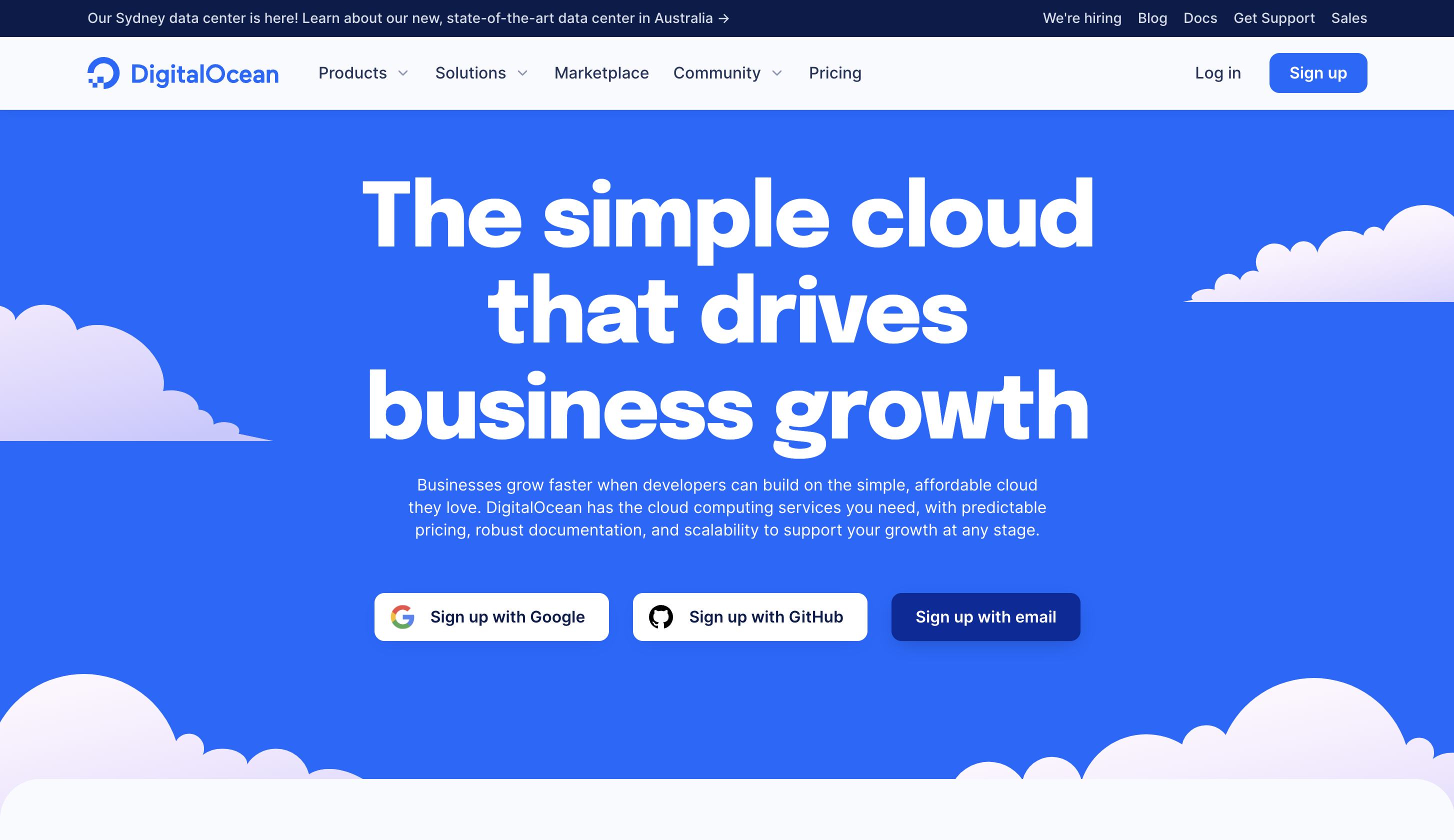 Direct deployment from Docker or Git repositories is possible. The platform takes care of setting up and managing the supporting infrastructure and safeguarding your apps from DDoS assaults.

Due to its low barrier to entry, the App Platform attracts developers searching for a less expensive alternative for resource-intensive programs.

You can start using the platform for $0 and premium pricing starts from $4/month. 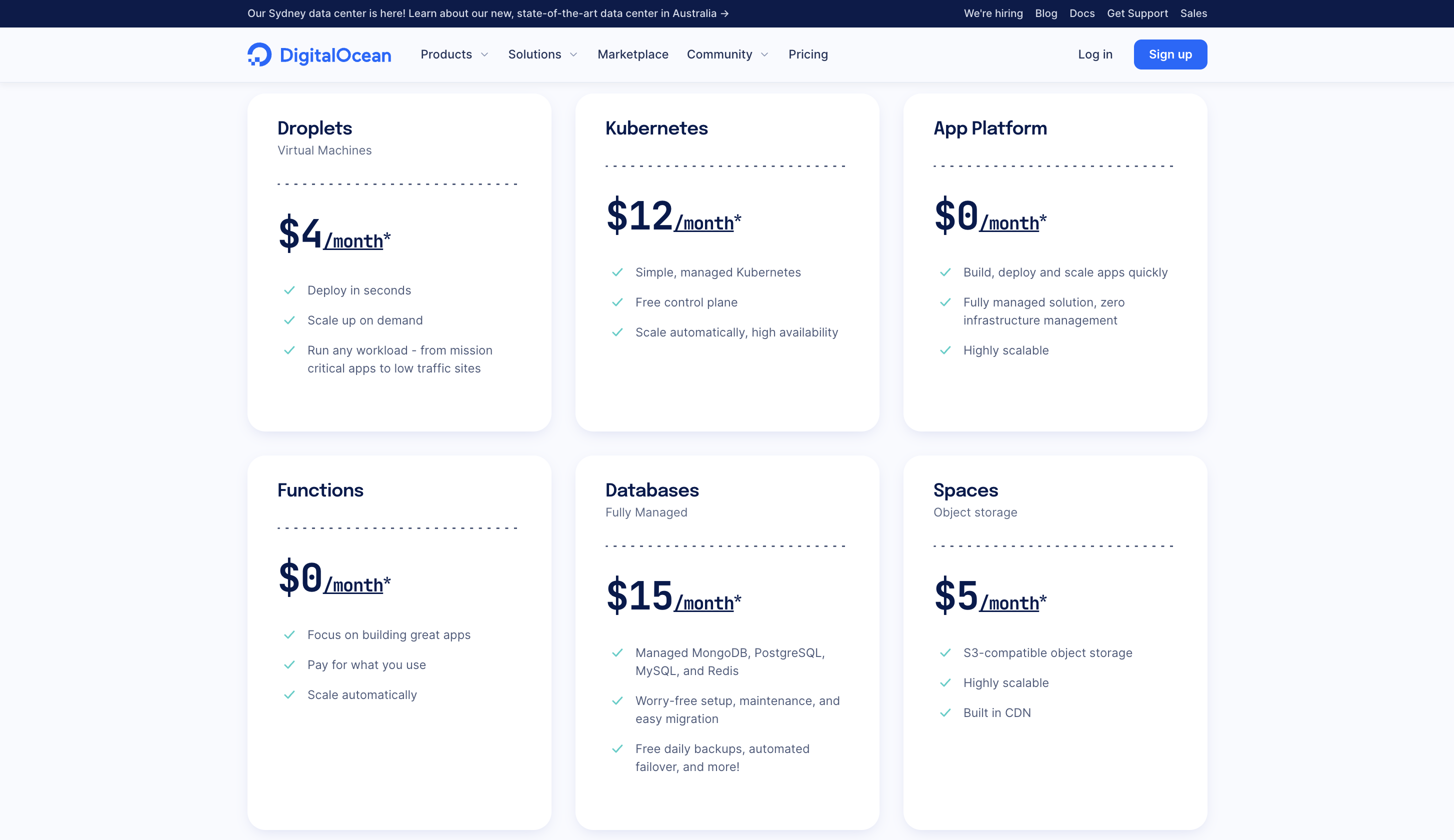 Elastic Beanstalk (EB) is a DevOps solution for delivering and scaling web applications and services. It supports Java,.NET, PHP,

Node.js, Python, Ruby, Go, and Docker web applications, among others. EB features a high level of customization, automation, and security. 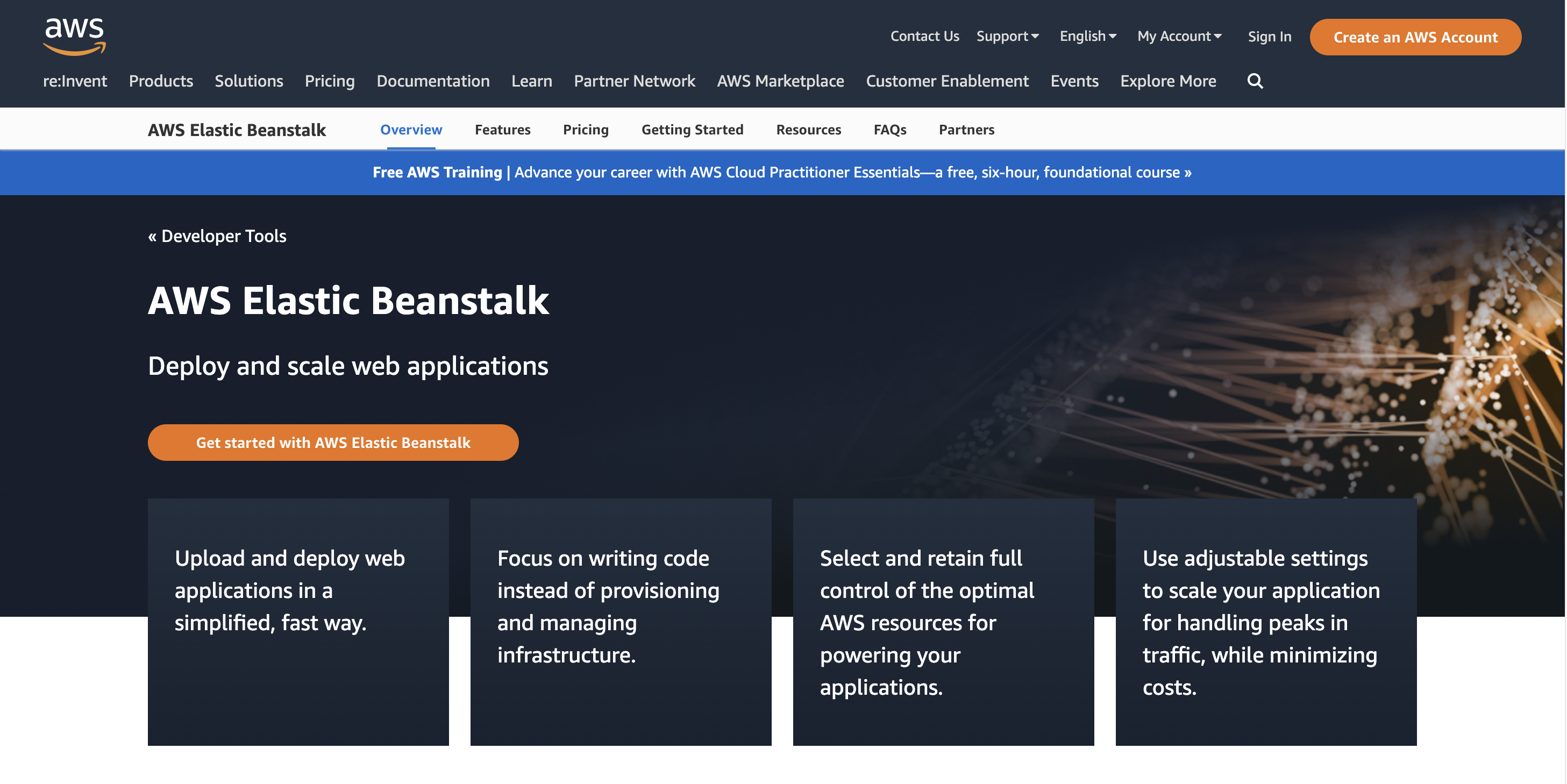 You can also utilize EB to establish an RDS database layer that links to your application. All of this can be accomplished without writing a single line of code.

To set up the deployment environment, use the EB command-line interface (CLI) or the EB administration Dashboard.

Although Elastic Beanstalk (AWS) is free, you must pay for the server resources; as a result, you gradually use more resources and incur more costs.

Render has swiftly established itself as one of the top Heroku alternatives. It offers easy, automatic deployment for a variety of hosted services.

Developers are pleased with how simple it is to deploy an app on Render by simply submitting it to GitHub. Render has well-written documentation for seamless and speedy deployment, whether you’re programming in Node, Python, Go, or Ruby. 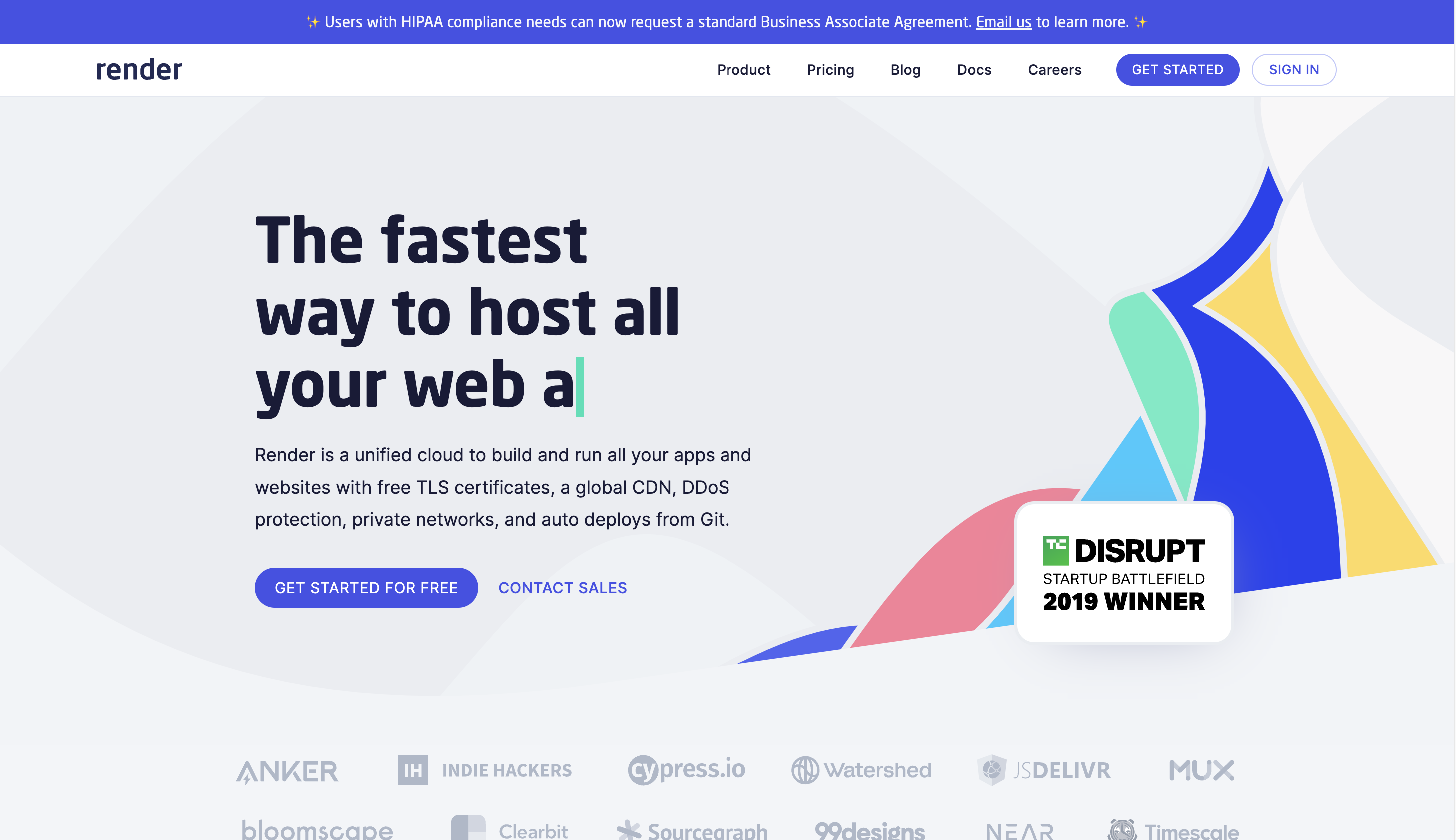 Furthermore, Render has been generous in providing free SSL for any services placed on the platform.

Render’s latest edition of the auto-scaling functionality guarantees that your app always has the resources it needs at the proper price. Unlike its competitors, Render monitors the CPU and memory used to modify resources for hosted services.

You can start using it for free and premium pricing starts from $7/month. 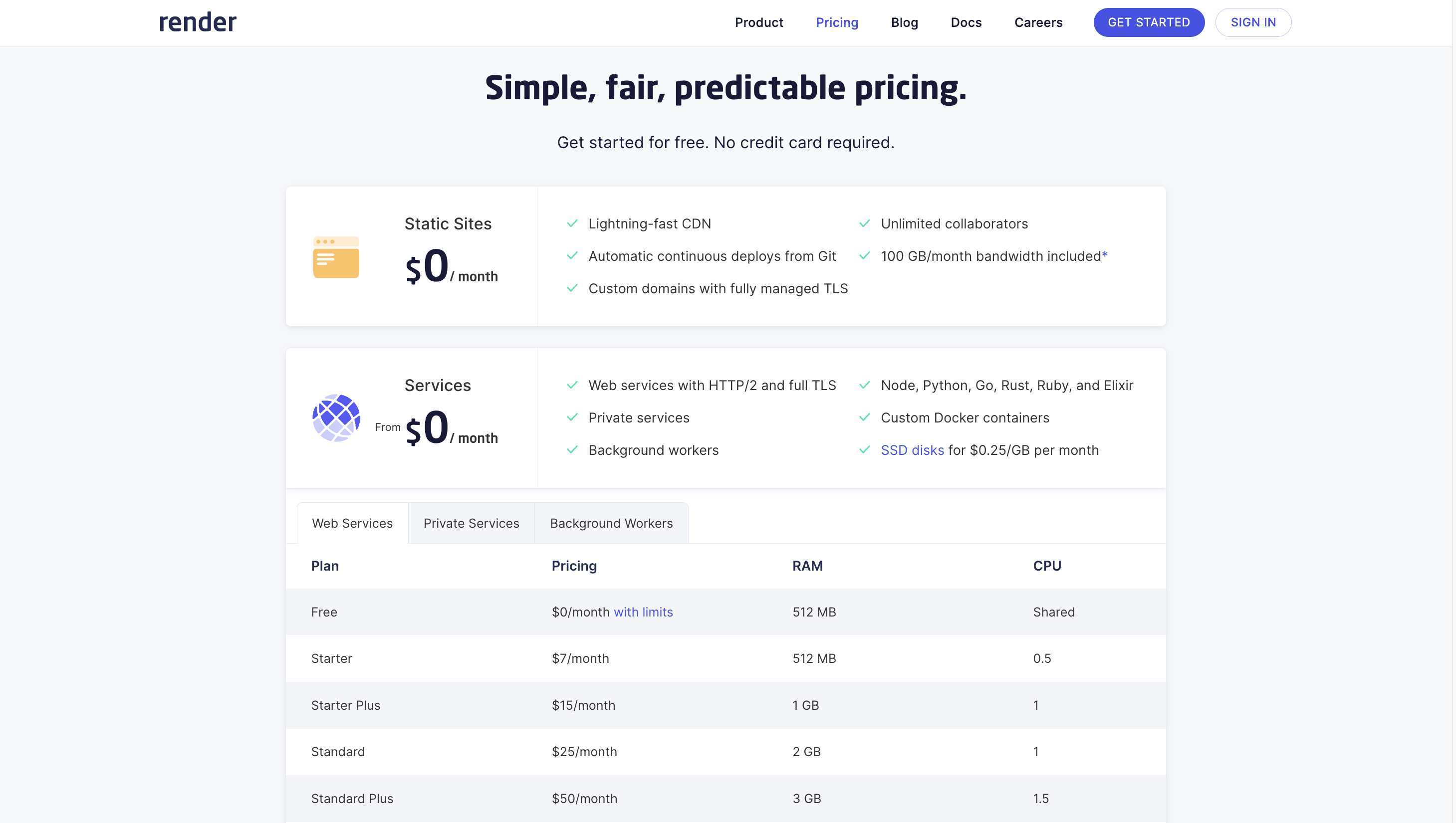 Google Firebase is a backend cloud service platform. It is intended to be used to construct and power real-time applications that include features such as alerts, authentication, and other front-end services.

Firebase relieves developers of a significant load by handling hosting, backend servers, and developing backend services without the need for server-side coding.

Firebase configures the backend storage automatically using a basic NoSQL database that provides automatic SSL encryption and a GUI for manually entering database entries. Firebase is a good authentication tool; the abstraction of OAuth functionality through its powerful API simplifies authentication via Facebook, Twitter, Google, and other services.

The built-in Google Analytics and AdSense integration saves developers the trouble of having to incorporate SDKs and other libraries for monitoring and advertising.

It also enables numerous devices running a Firebase app to rapidly sync data updates. The database platform employs JSON, which is appropriate for usage in a web or mobile application.

It supports Android, iOS, and Web applications, making it a good choice for developing native apps as well as web-based administration components. The most recent version is now entirely hosted on Google Cloud infrastructure and includes attractive features such as cloud storage and Push alerts for Android/iOS devices.

Firebase is free, you must pay for the resources; as a result, you gradually use more resources and incur more costs. 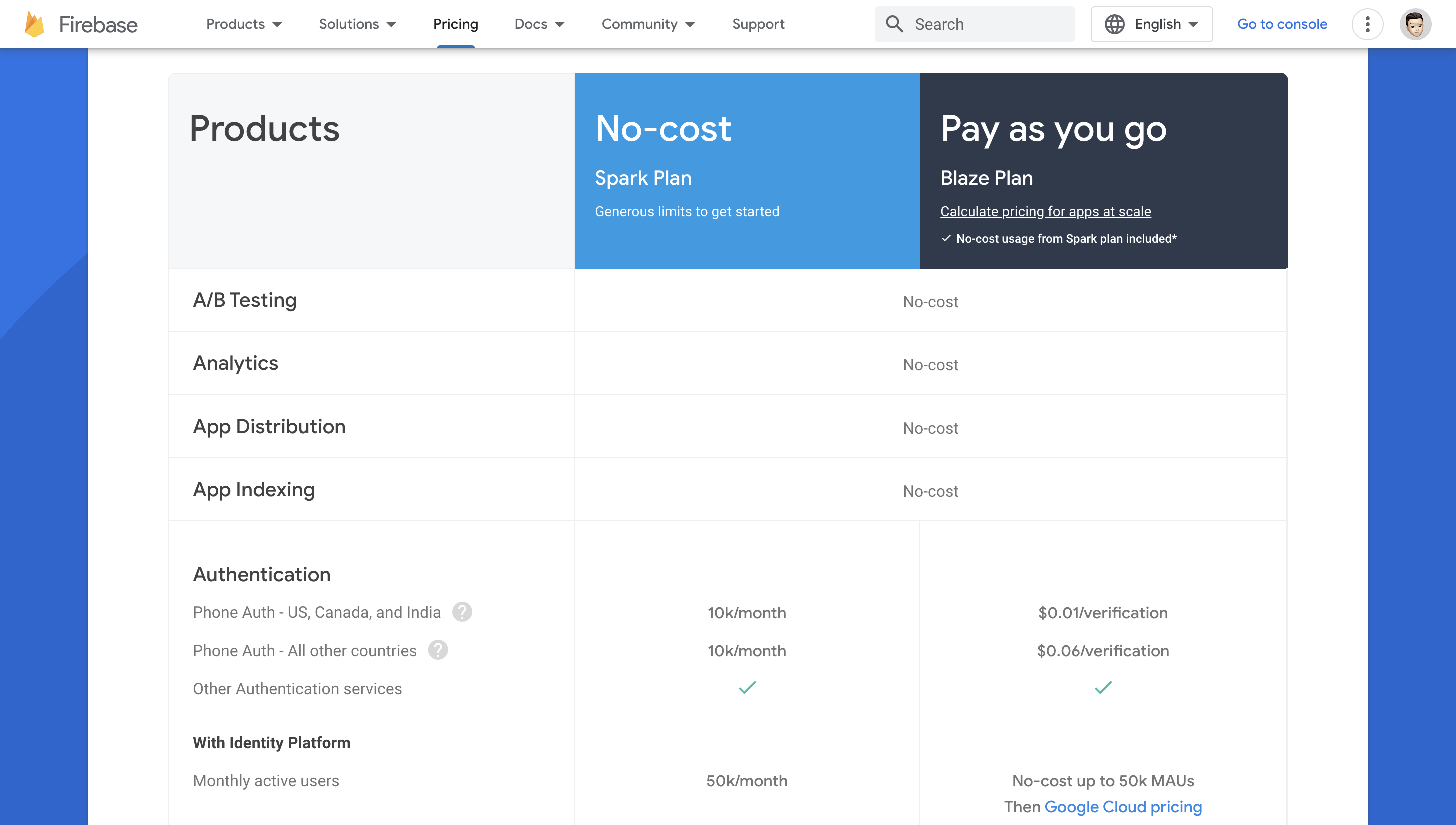 Netlify is a scalable cloud-based web development platform that is one of the top Heroku alternatives for Node. It’s built on Jamstack, which the firm pioneered in order to provide developers with a unified experience.

Netlify, as opposed to Heroku, concentrates on the deployment and hosting of static websites. Netlify, which focuses on front-end development, provides a wealth of tools for developers to use. 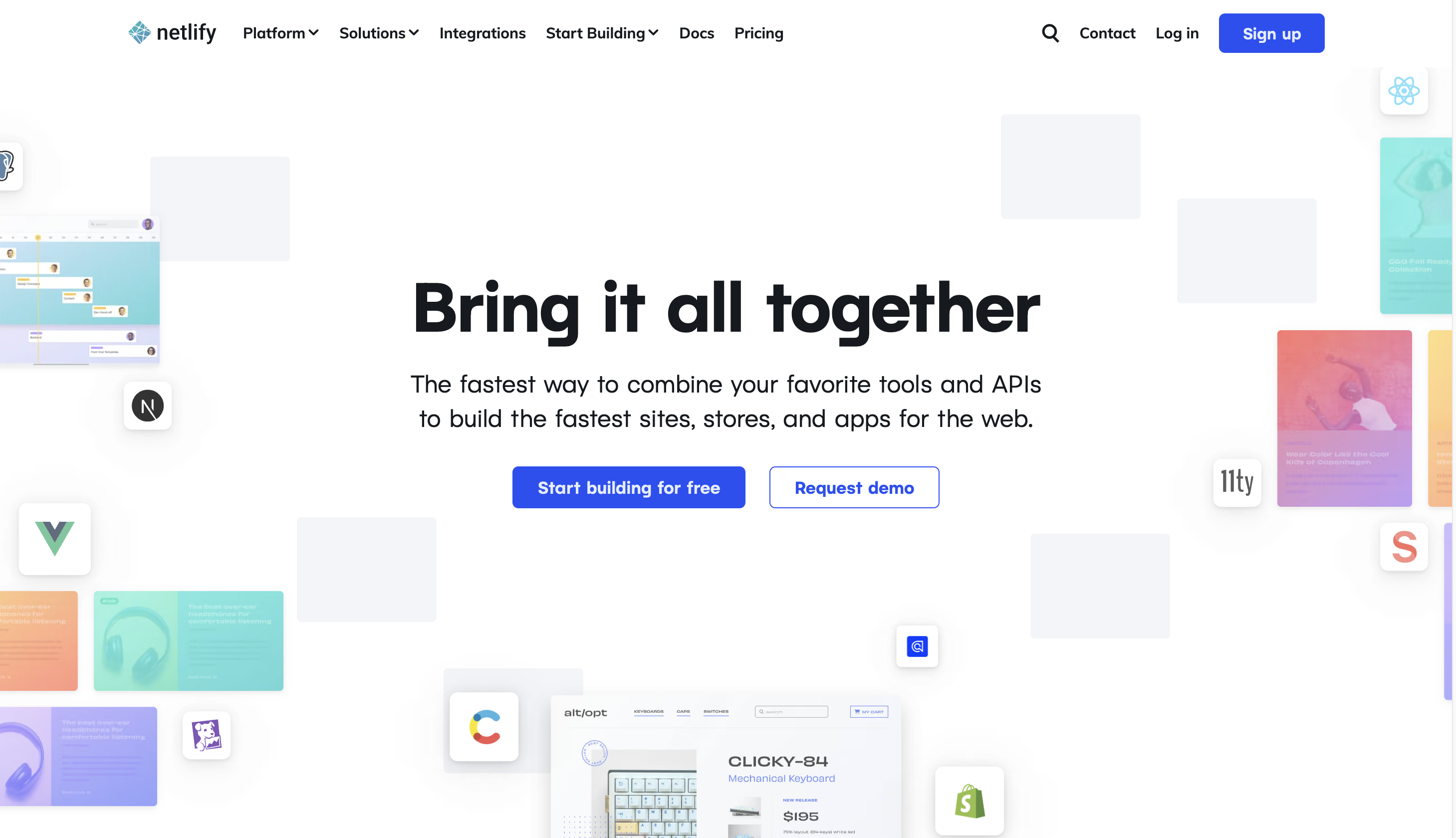 It is compatible with major front-end frameworks such as Vue, Next.js, and React. The platform has complete CI/CD integration and allows you to deploy directly from GitHub.

It allows you to preview and obtain comments on your builds. Netlify’s security is well-managed, with free SSL certification and authentication among the services available.

You can enhance your project with built-in features such as Forms and Analytics. Netlify is also one of the more liberal alternatives in terms of free-tier features.

You can start using it for free and premium pricing starts from $19/ per member/month. 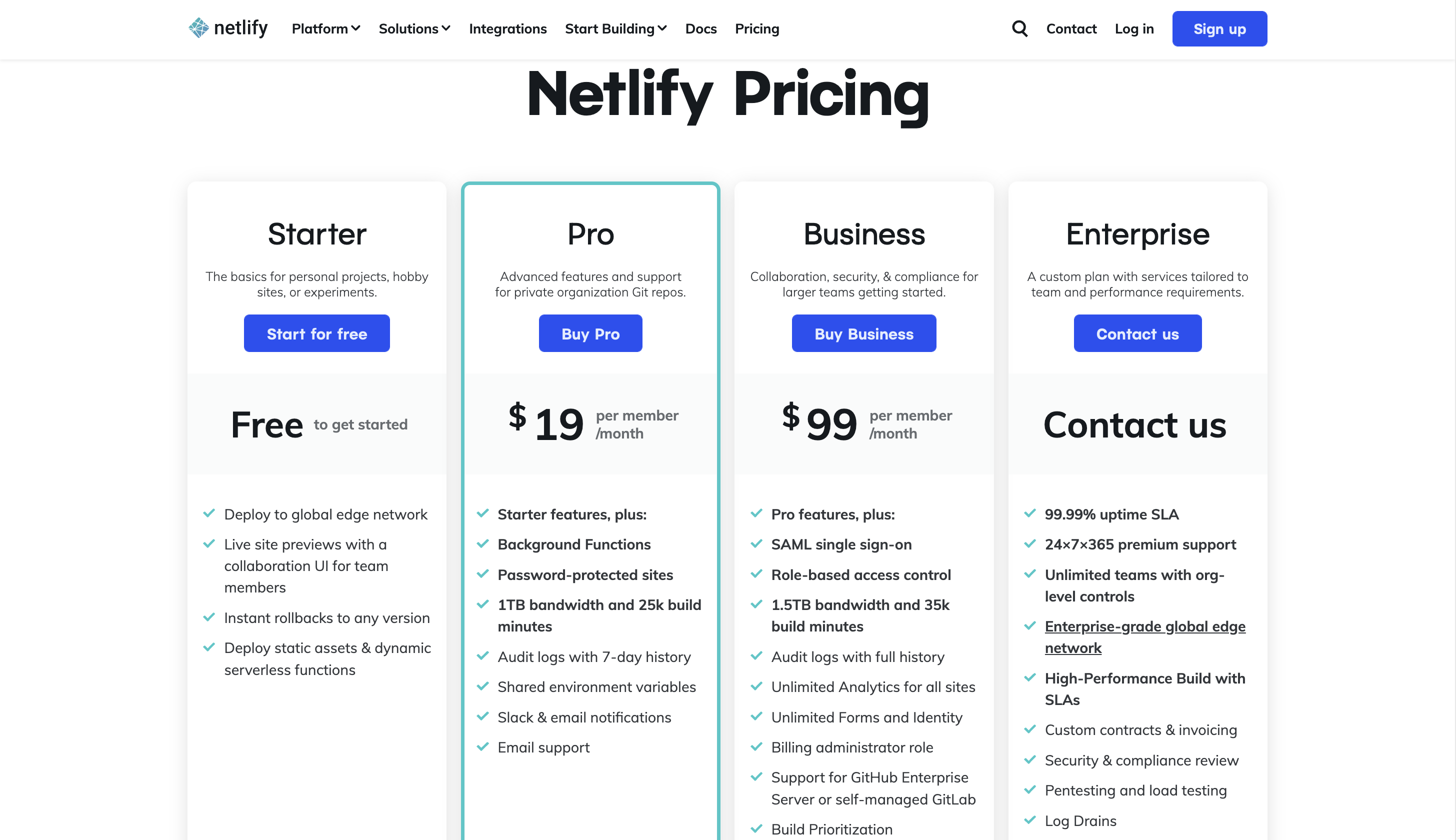 Google App Engine is a market leader in the PaaS space. Google App Engine, which was launched in 2008, provides a fully-managed serverless platform where developers can build programs without worrying about infrastructure administration or deployment settings.

You can use Google App Engine’s broad standard framework support or provide your own runtime via the Docker container. 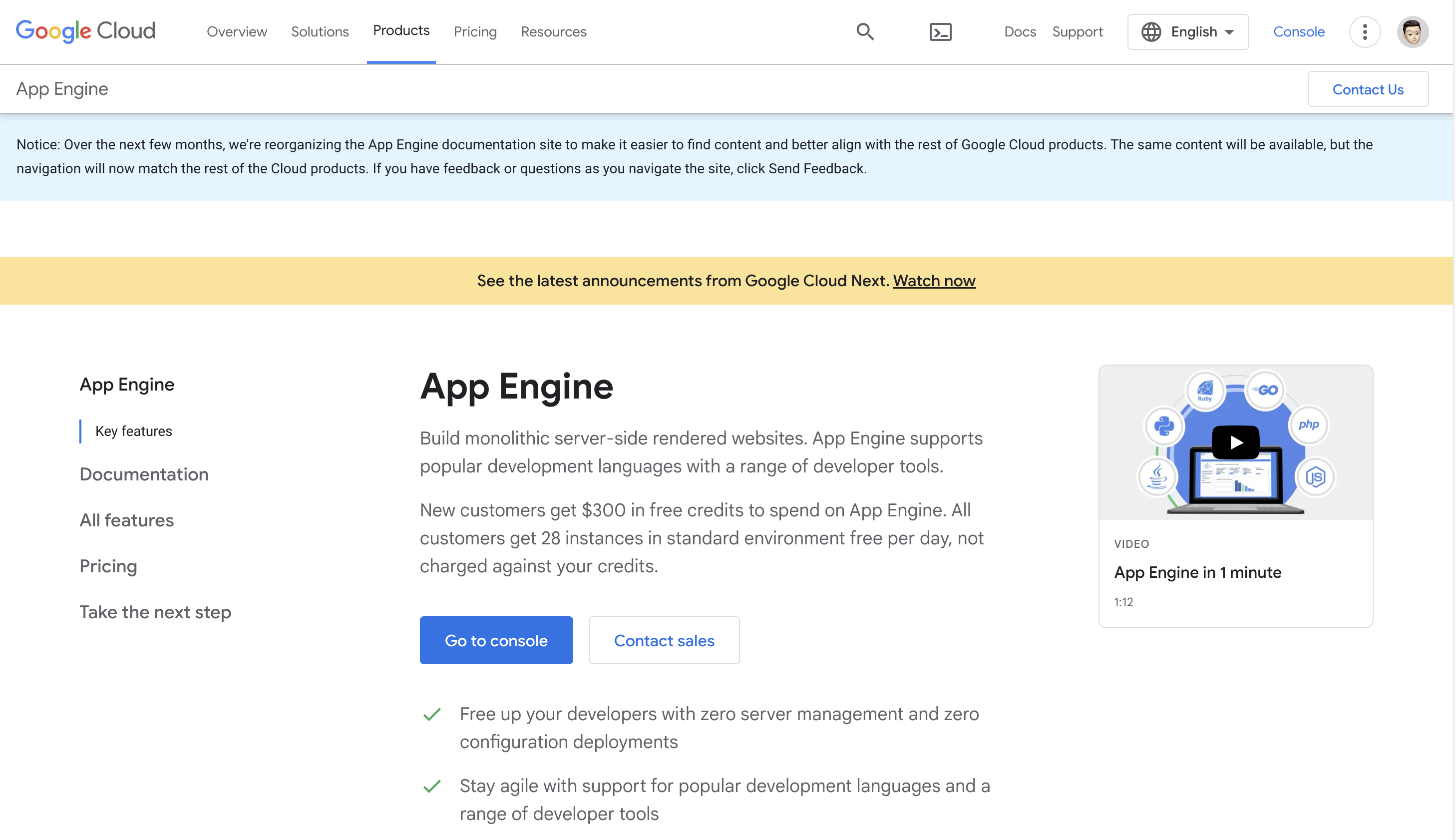 As diagnostic tools, Google offers Cloud Monitoring and Cloud Logging to assist you in tracking down faults in the app.

The App Engine is a wonderful resource for CI/CD processes. By dividing incoming traffic, you can host multiple versions of the app and do A/B testing. Because your apps are hosted on Google, you can anticipate more than 99.99% uptime.

Google App Engine is free for new customers, you must pay for the resources; as a result, you gradually use more resources and incur more costs. 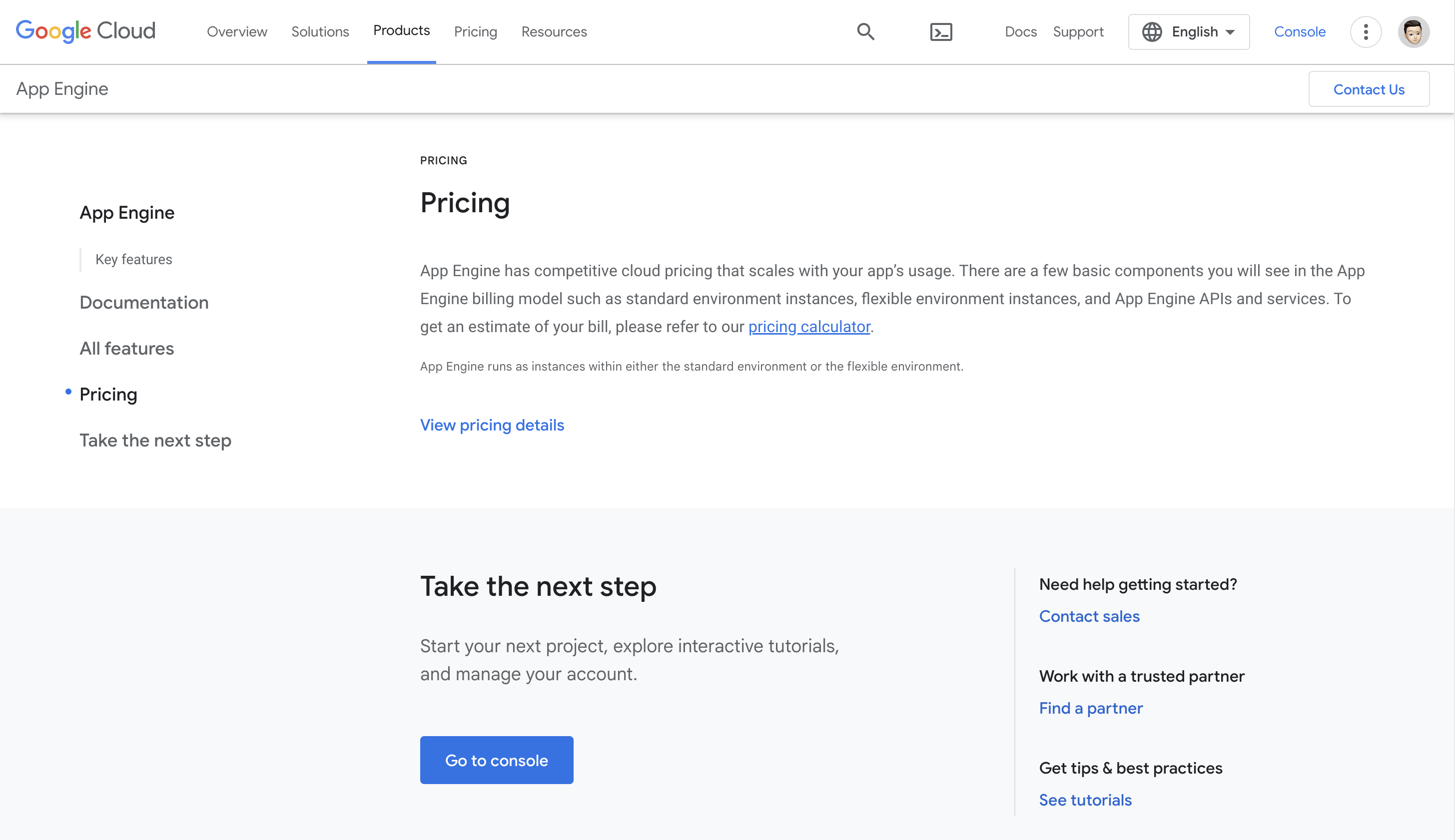 Redhat’s OpenShift is a collection of containerization solutions. The principal product in this series is the OpenShift Container Platform, an on-premises PaaS (platform as a service) solution built on Docker containers.

The offering, which is controlled using Kubernetes, is powered by a Red Hat Enterprise. OpenShift Online is a software-as-a-service platform, and OpenShift also provides a managed service known as Openshift Dedicated.

You can try the platform for free and premium pricing is based on hours ie. 0.76/hour. 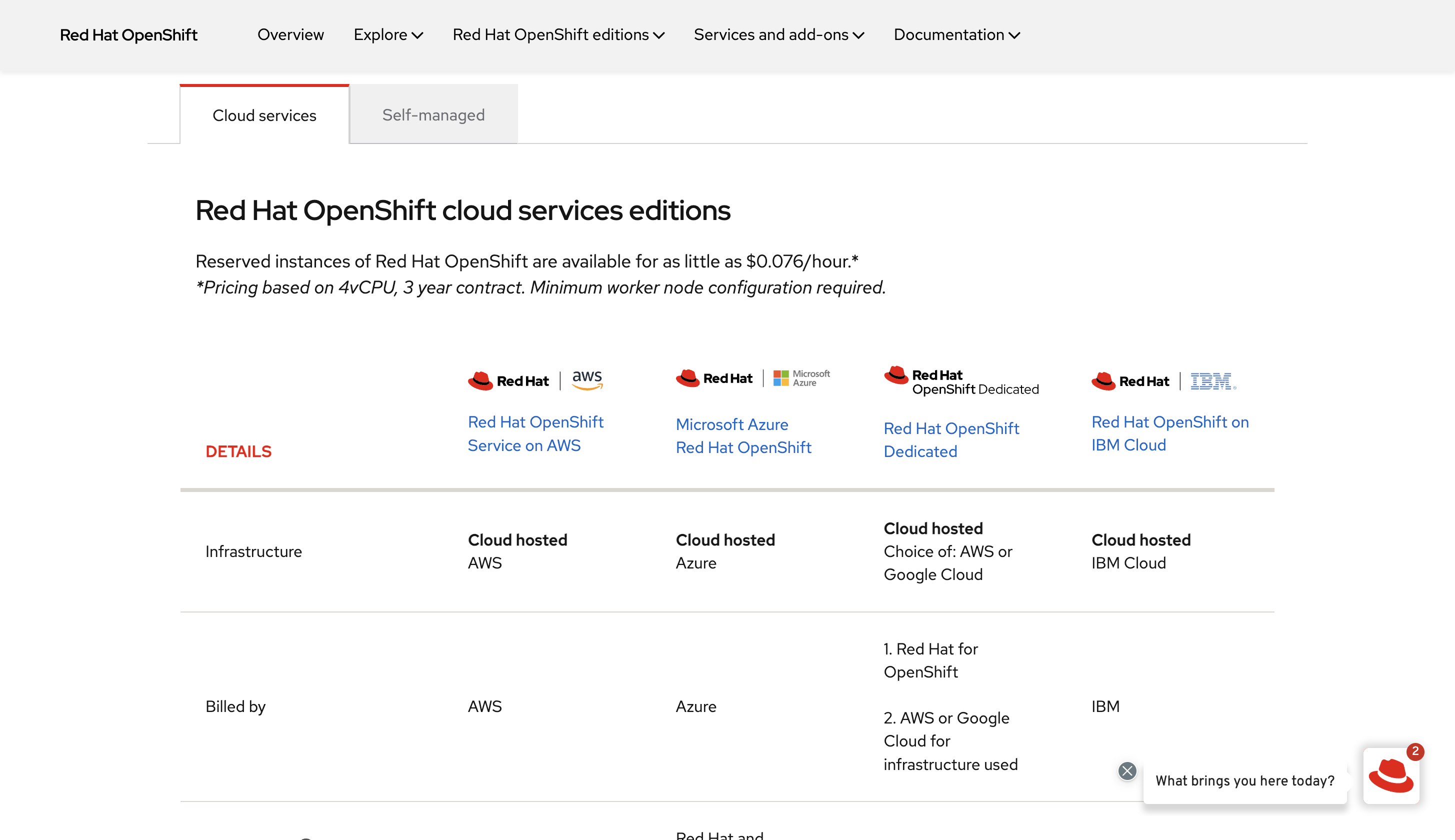 Engine Yard is likely the only option if you’re looking for the finest Heroku alternatives for Rails. Engine Yard has over ten years of expertise in the Rails stack and offers the greatest Rails deployment environment with top-notch support. 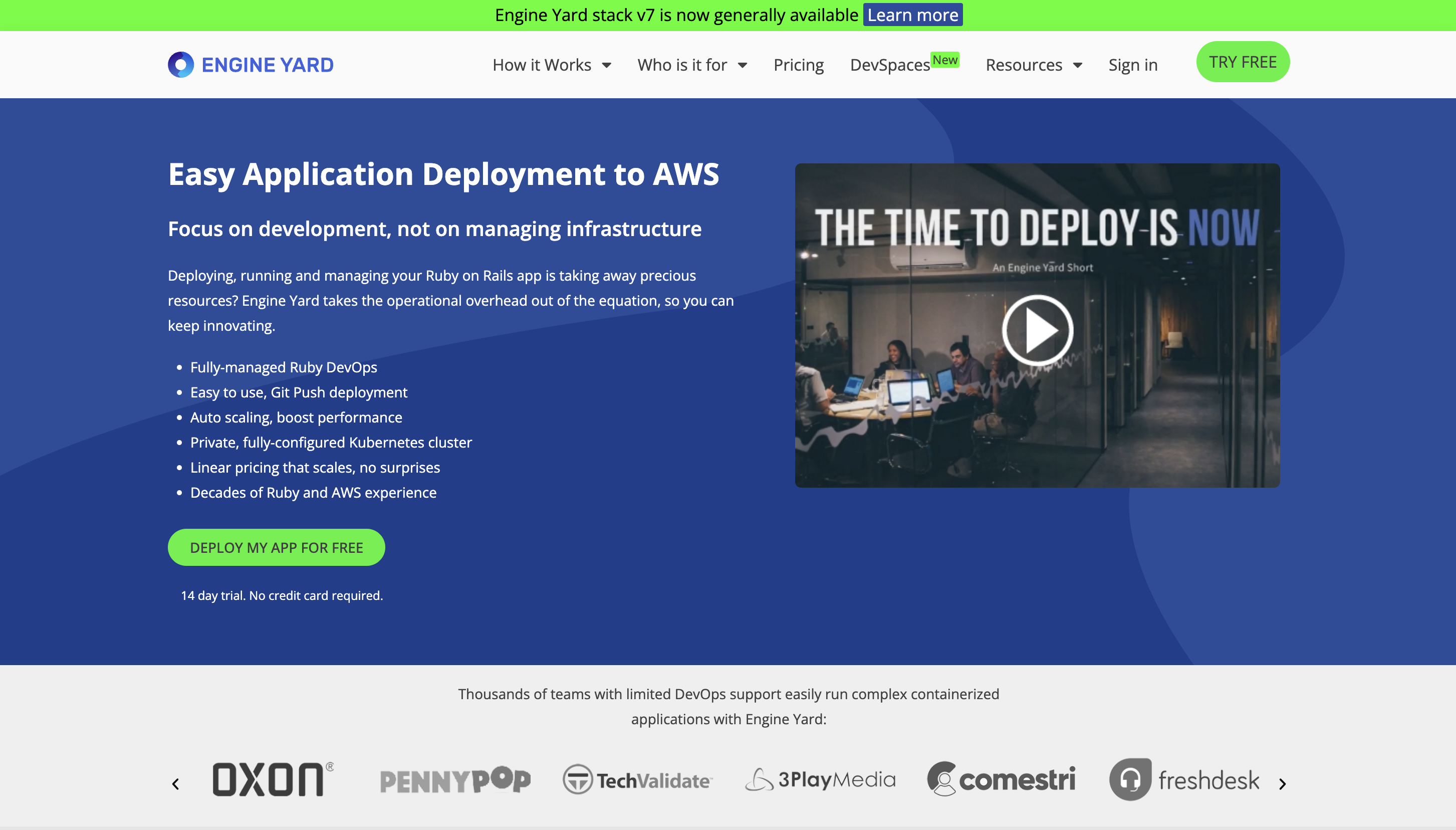 This increases dependability since you can take advantage of AWS’s different zone availability.

The premium pricing starts from $150/month. 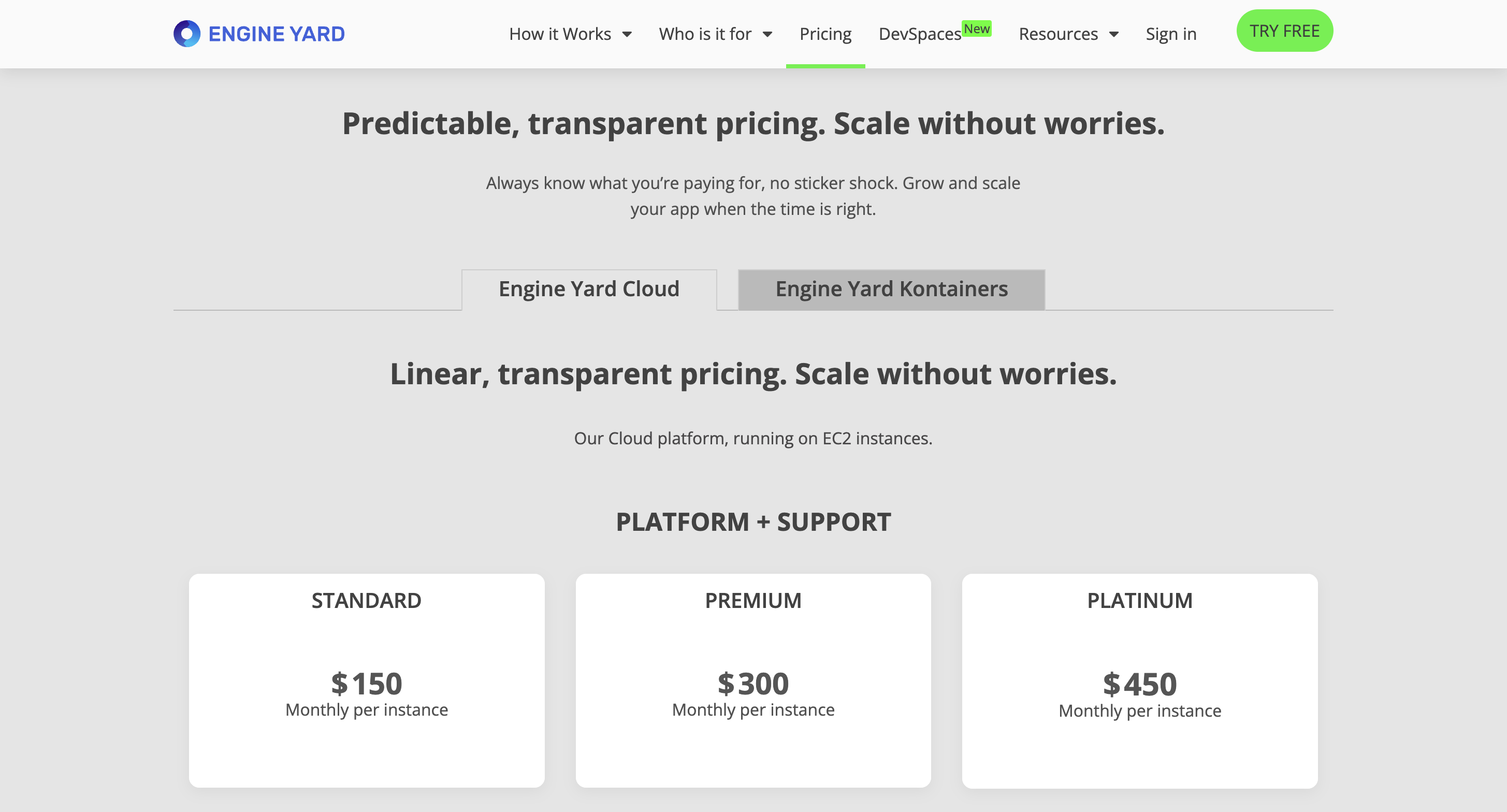 Platform.sh is widely considered to be one of the best Heroku alternatives for Python and other frameworks.

It is built on CI/CD concepts and has direct interaction with GitHub. This allows developers to deploy code directly from GitHub repositories. 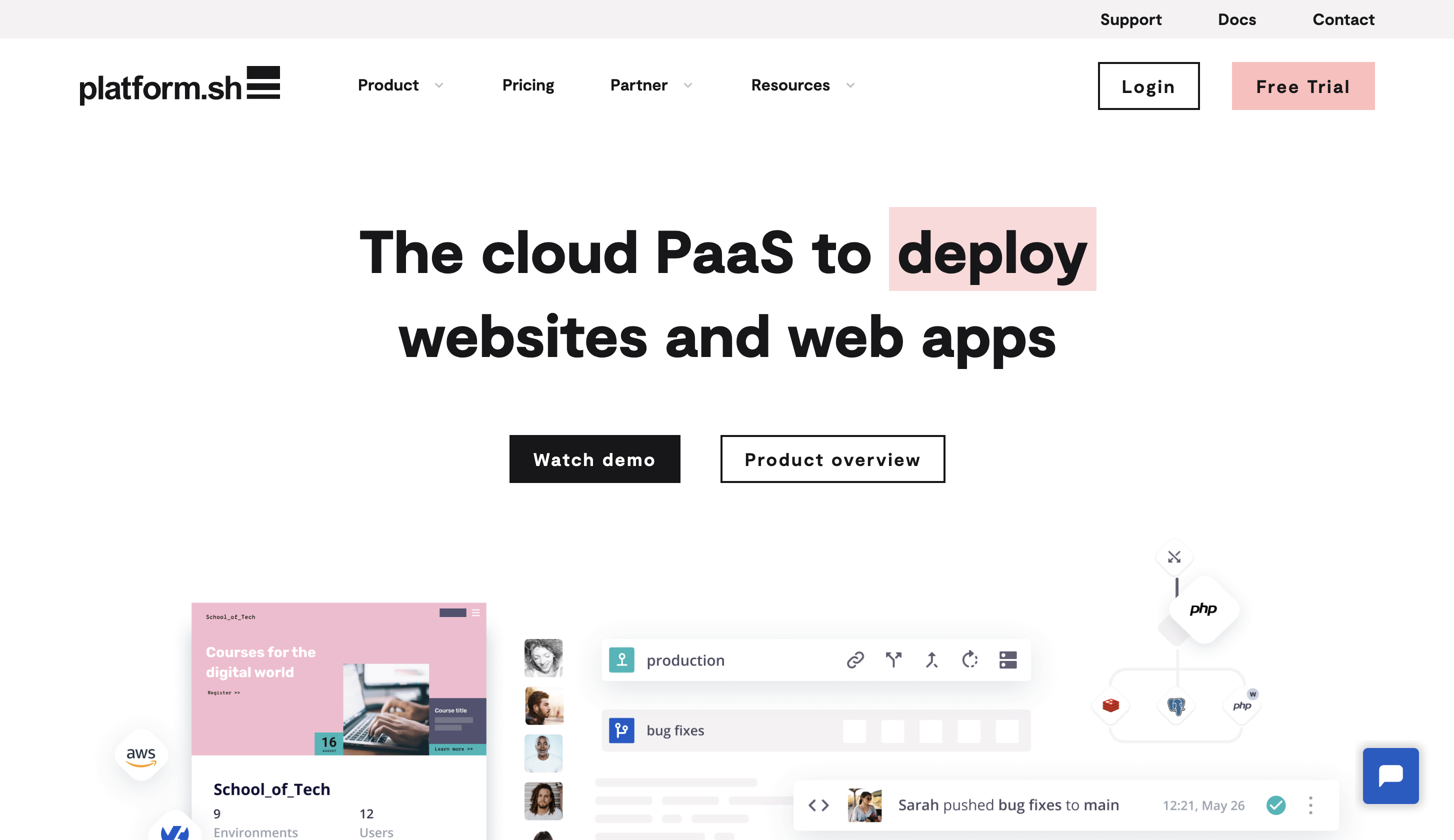 Platform.sh offers an advantage over Heroku in that no costly add-ons are required to get your software up and running. Essential data services are included at all Platform.sh membership levels.

Amazon Web Services, Google Cloud Platform, Microsoft Azure, and Orange Power Platform.sh are examples of cloud computing platforms. You can run your app on many clouds at the same time for the best user experience.

You can try the platform for free and please request the quote for its pricing. 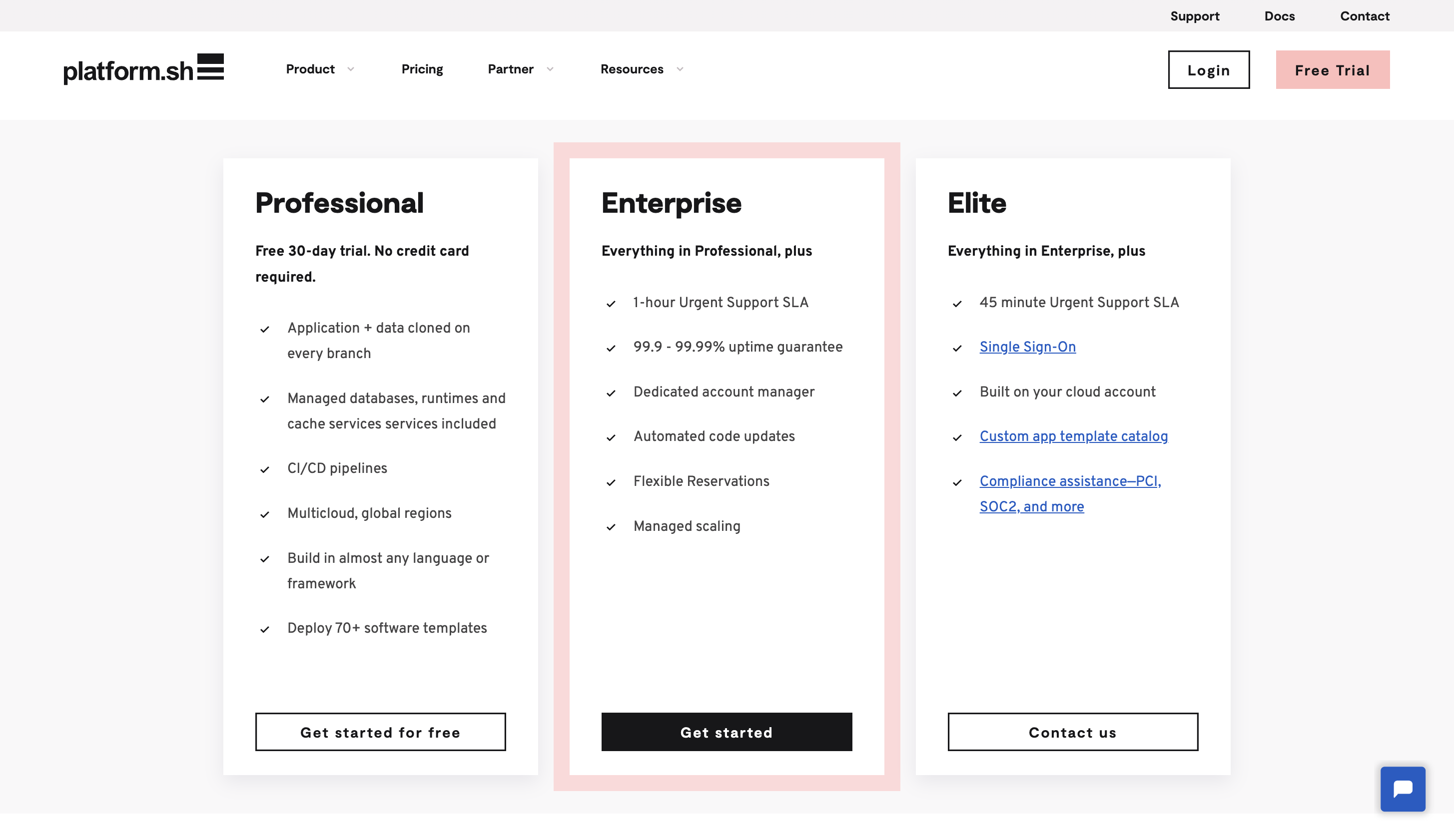 Popular Backend as a Service (BaaS) supplier Back4app is a great open-source alternative for Heroku.

Because of its serverless design, developers are able to concentrate on creating apps rather than spending their nights worrying about infrastructure.

It is a dependable serverless database platform that encourages quick app creation, backend development without writing any code, hosting apps without infrastructure headaches, and scaling apps without facing technical difficulties.

You can start using its free tier and premium pricing starts from $25/month. 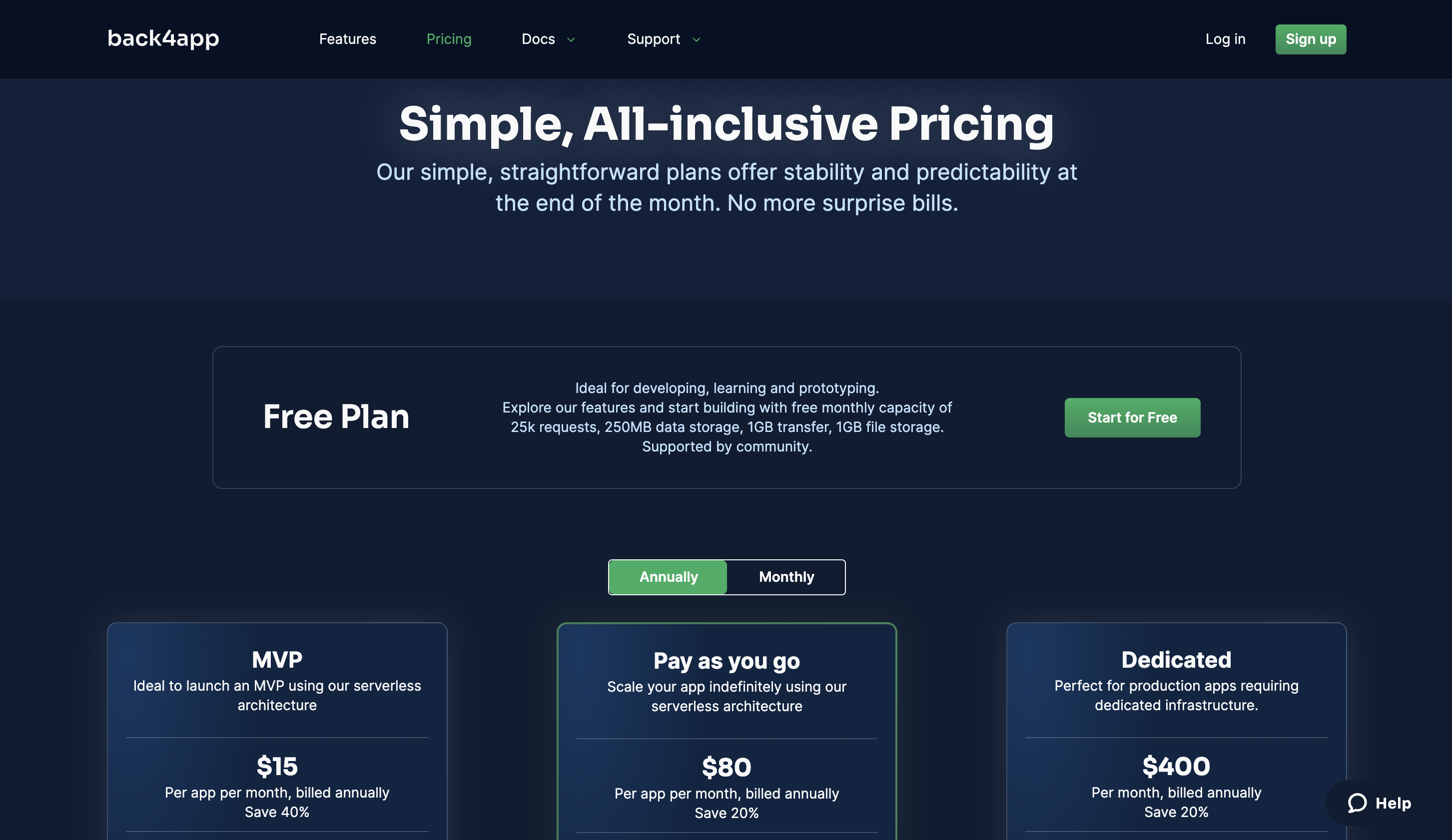 Finally, there is no such thing as a good or bad vendor, and the best choice will be determined by the needs of your project. More customized applications, such as MVPs and internal apps, can be better suited to Back4app or Firebase.

Heroku and Netlify perform distinct functions. Heroku’s strength is its ability to effortlessly deploy backend web programs on the cloud.

Netlify, on the other hand, is a platform for hosting and delivering static webpages over worldwide CDN. Heroku and Netlify both automate infrastructure management, data services, and security, allowing developers to concentrate on design and coding.

Both platforms include GitHub integration, which allows for speedy deployment and version control. Both can be an amazing fit for you depending on the sort of project you’re working on.

We covered the finest Heroku alternatives, and you will undoubtedly discover a solution that delivers capabilities and a price structure that meets the demands of your project.