Elon Musk is well-known for his dreams of launching rockets to Mars, electric robot cars digging their way underground, and operating technology with our minds. It takes a lot of planning for the world he imagines in his head to become a reality.

Consider the possibility of being able to control machines just with our brains. We don’t think the notion is as bad as we think it is.

Musk founded Neuralink, a neural tech company, in 2016 with the primary objective of acquiring symbiosis with artificial intelligence and constructing a system that allows merging with AI.

Alim Louis Benabid, on the other hand, has had a global effect on developing Deep Brain Stimulation for Parkinson’s disease and other movement disorders.

You’re probably wondering why I’m talking about Neuralink and Deep Brain Stimulation. The notion behind them is similar in that they implant chips into our heads and give us control via AI.

We’ll look at Neuralink and Deep Brain Stimulation in this post, including how they work, what they’re used for, the major differences, the risks, and the pros and cons of each.

So buckle up and get ready for a wild, informative trip.

Neuralink is a technology, especially a Brain-Machine Interface, that will be surgically implanted into your brain, allowing you to connect with and control machines.

It will also aid in the study of electrical impulses in the brain and developing remedies to various medical issues.

The Neuralink chipset, known as the N1 chipset, will be placed in the skull, which is 8mm in diameter and includes several cables containing electrodes and insulation for the wires. 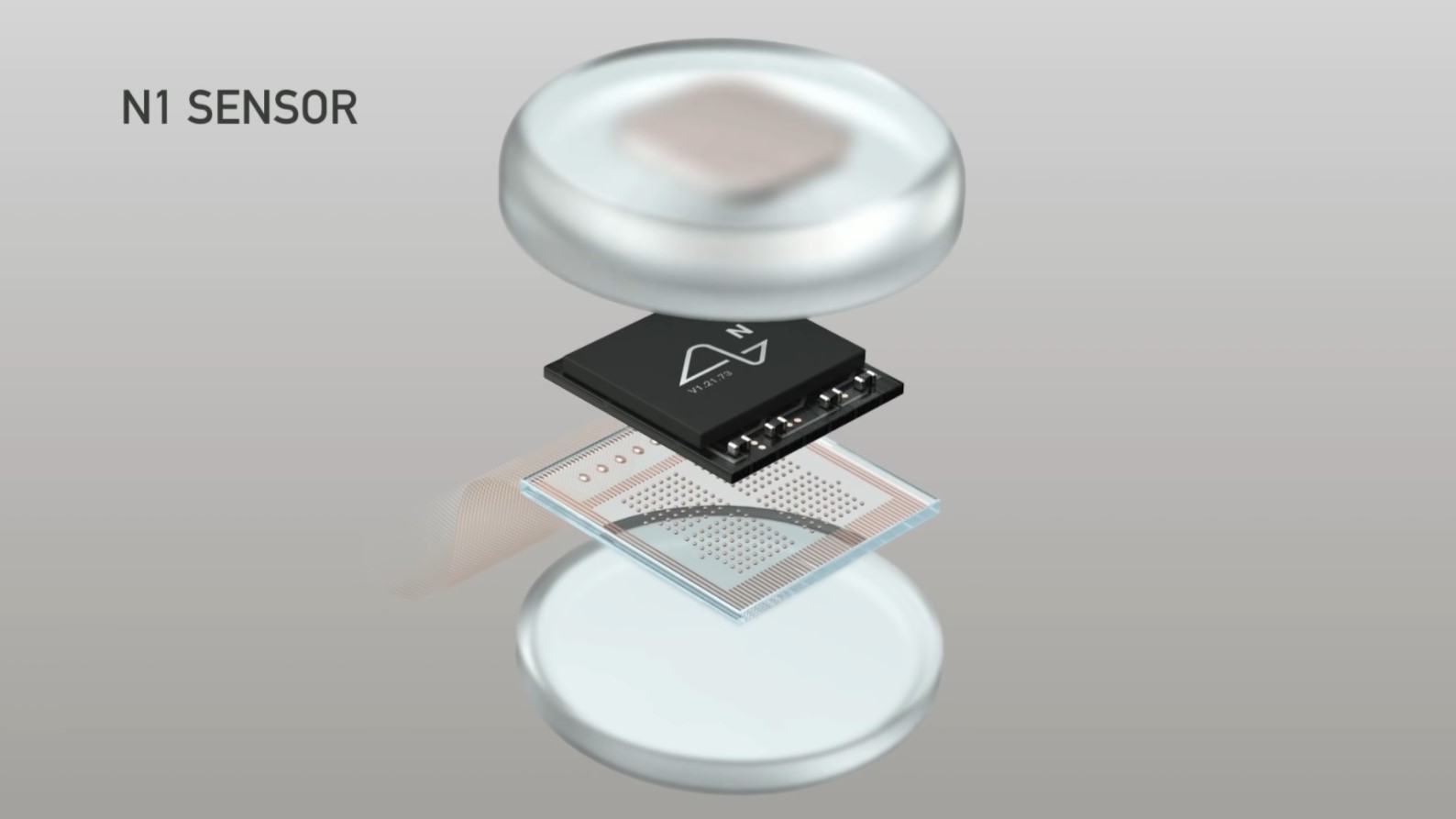 These cables will be surgically implanted within your brain by a robot.

According to the business, the wires are 100 micrometers thick and as thick as the neurons in the brain. Multiple devices can be inserted inside the skull to target different areas of the brain.

Remember the action film The Matrix from the 1990s? Remember how Neo (Keanu Reeves) learns martial arts by simply installing a computer program into his brain?

Although Neuralink will not be able to teach us martial arts, it will be able to transmit and receive electrical impulses through the brain to operate equipment. 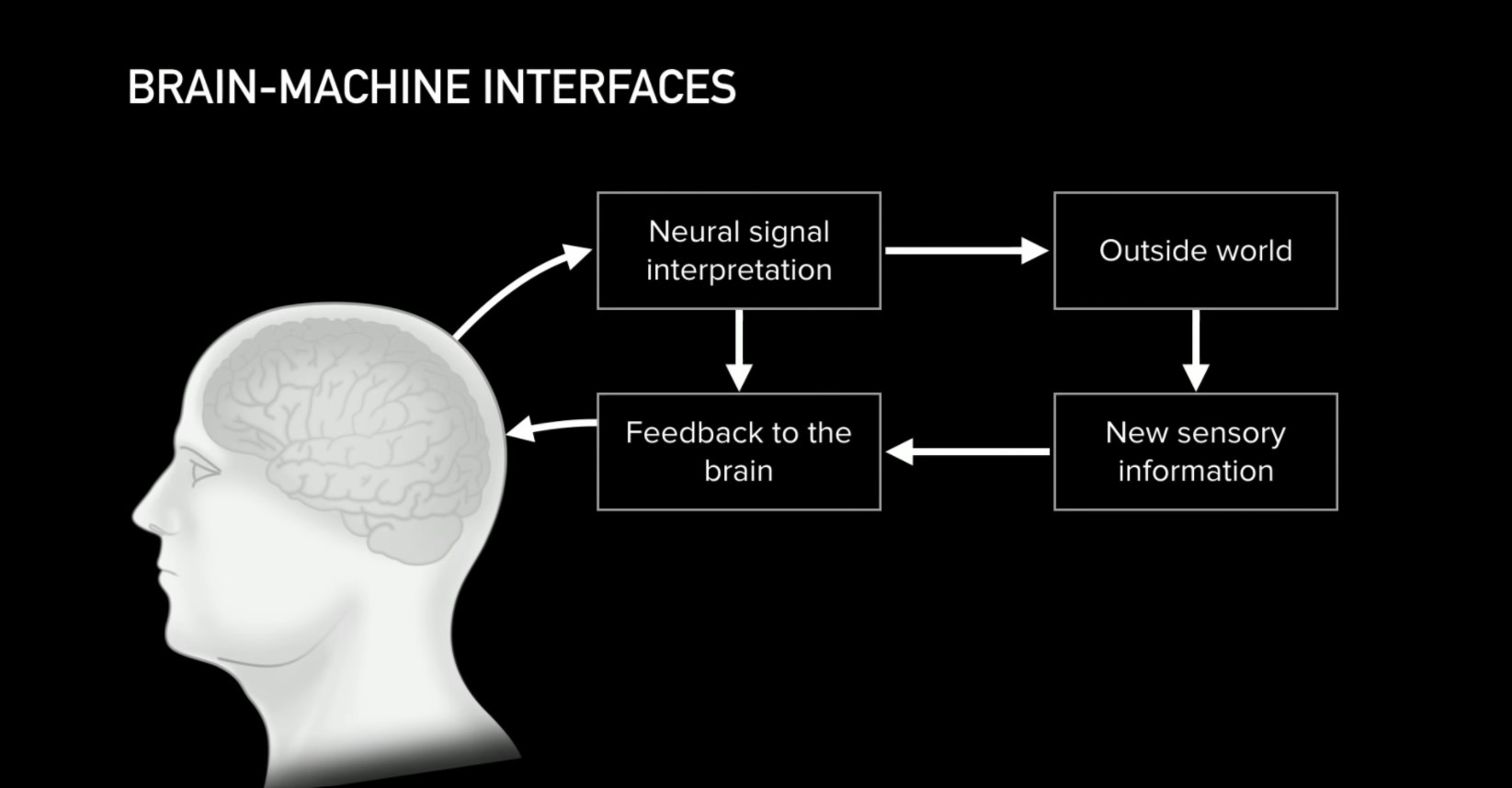 To understand how Neuralink works, we must first understand that our brain delivers information to various regions of your body via neurons; these neurons in your brain interact with one another to form a huge network and communicate by chemical signals known as neurotransmitters.

This interaction produces an electric field, which we can record by placing electrodes nearby.

These electrodes can then analyze the electrical signals in our brains and transfer them into an algorithm that a machine can decipher. Neuralink will be able to read our minds and create a method for us to communicate with machines without ever opening our mouths. 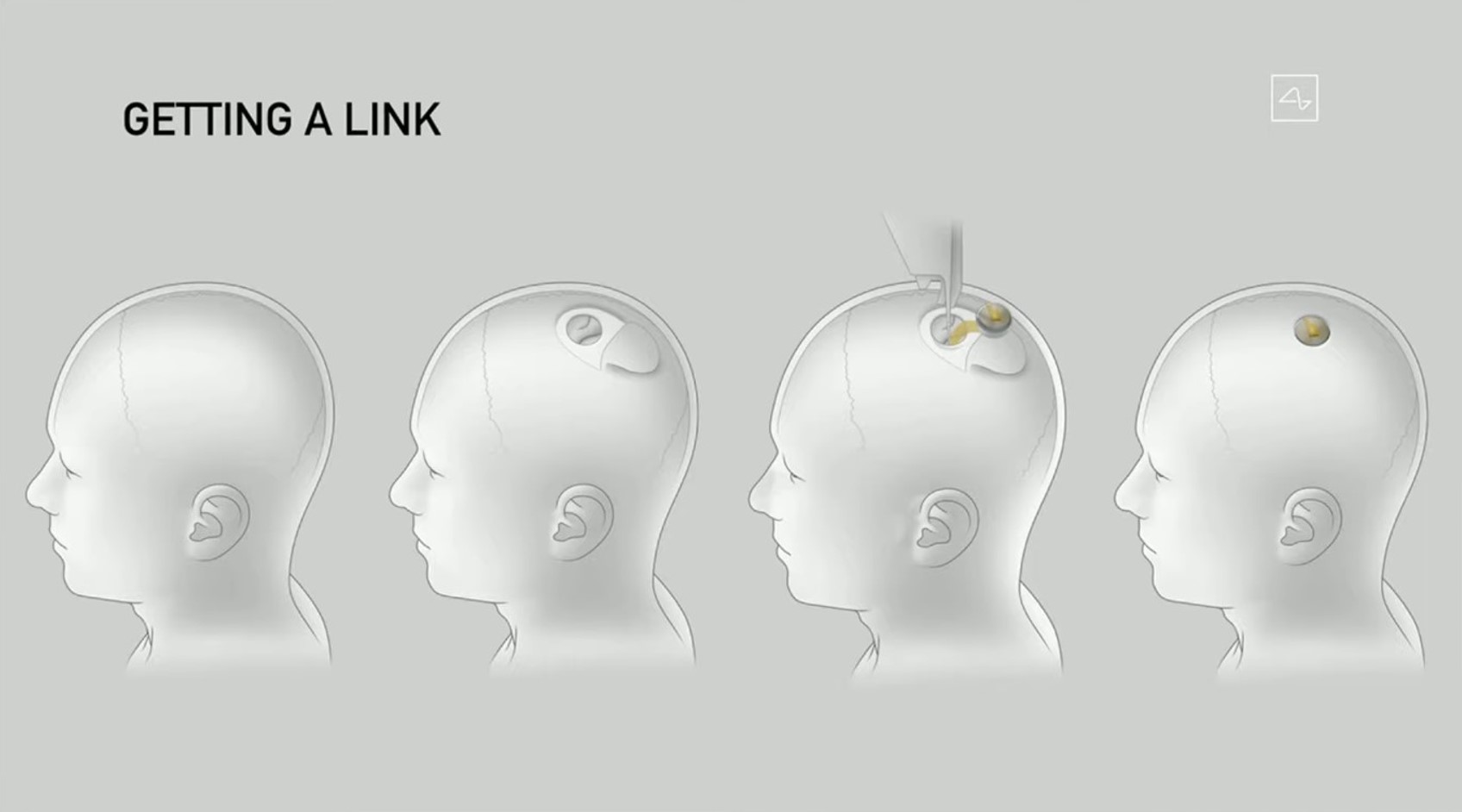 The N1 chip’s objective is to capture and trigger electrical spikes within our brain. We will also be able to master new talents with the help of a specialized application.

What is Deep Brain Stimulation?

While DBS can not cure many disorders, it can alleviate symptoms and reduce the quantity of medication required. 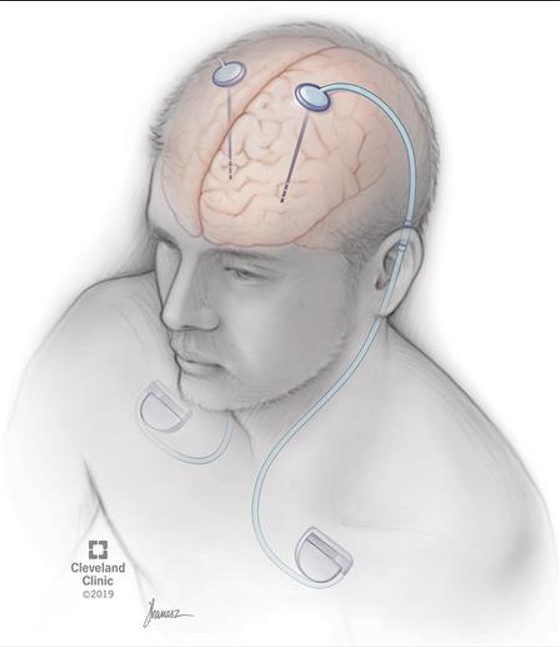 Faulty electrical impulses in the parts of the brain that govern movement generate movement-related symptoms in Parkinson’s disease and other neurological diseases.

DBS has no negative effects on brain tissue. Instead, it suppresses the erroneous impulses that generate tremors and other indications of movement.

Electrodes are inserted into a specific location of the brain depending on the symptoms being treated with Deep Brain Stimulation. The insertion is done through tiny holes on the top of the skull on both the left and right sides of the brain.

The electrodes are linked to a battery-powered stimulator under the skin of the chest by lengthy cables that run under the skin and down the neck. When activated, the stimulator emits electrical pulses that disrupt the incorrect nerve signals that cause tremors, stiffness, and other symptoms.

A DBS system is made up of three components that are implanted within the body: 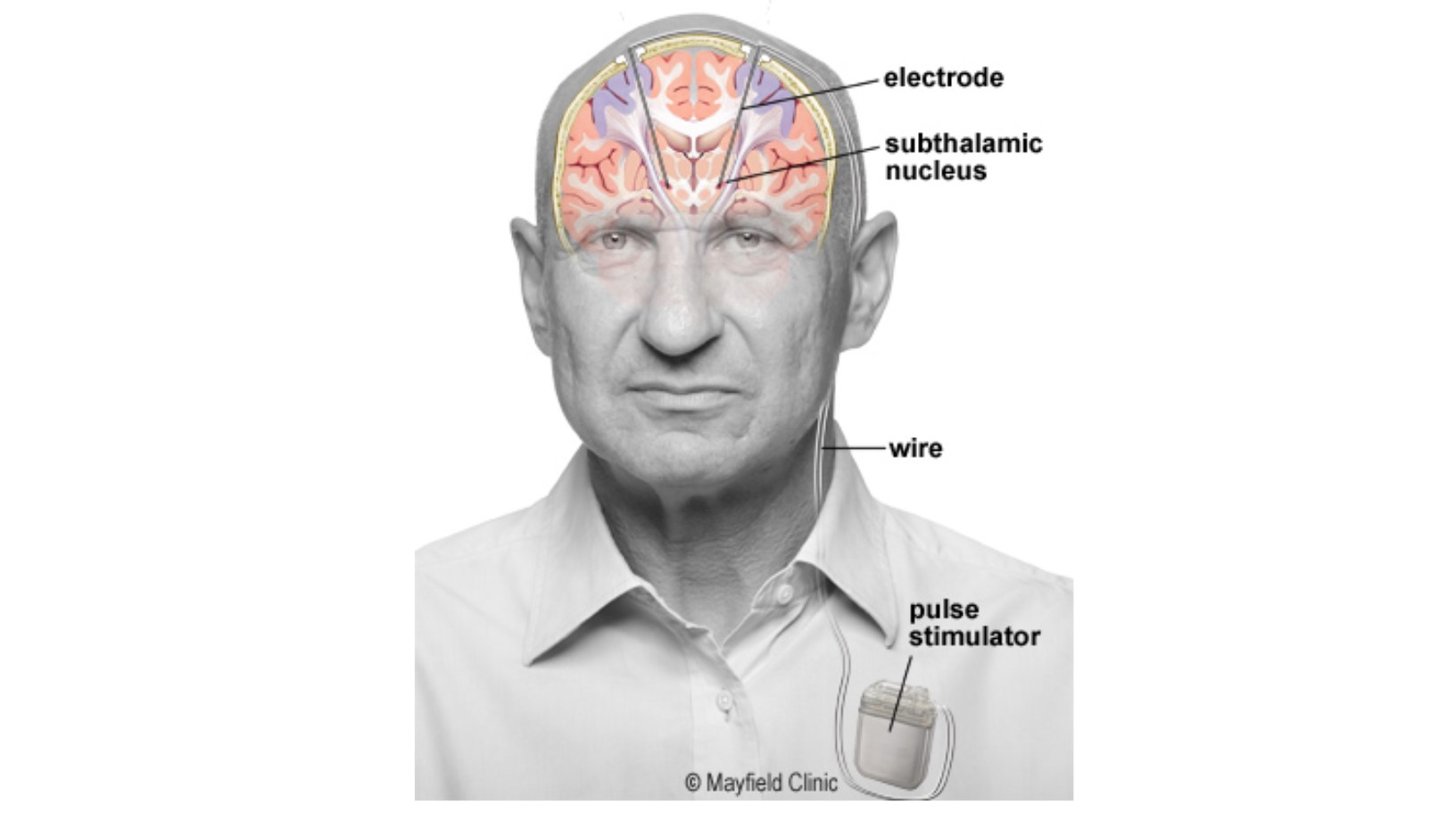 The DBS system is turned on and off by the patient using a portable device. The doctor programs the stimulator settings using a wireless device.

As a patient’s condition varies over time, stimulation parameters can be modified. DBS does not harm the brain tissue like other procedures like pallidotomy or thalamotomy.

What is the difference between Neuralink and Deep Brain Stimulation (DBS)?

Referring to the distinction between Neuralink and Deep Brain Stimulation, consider the following:

According to one of Neuralink’s engineers in the visual neuroscience group, this technology has the potential to deliver a visual prosthesis for those who suffer retinal damage or blindness due to eye injury.

The concept is to insert a camera directly into the visual cortex and activate a massive array of thousands, if not tens of thousands, of electrodes to replicate a visual picture.

In the future, the same technology could be employed to create some type of heads-up display. The globe can be seen at numerous wavelengths such as ultraviolet, infrared, and radar. To have superhuman eyesight, all one has to do is identify their frequency and dynamically modify the sensor.

On the other hand, DBS is often beneficial to three groups of Parkinson’s disease patients:

Oscilloscopes give visual information about printed circuit boards (PCBs). Similarly, the Neuralink gadget can provide light on a variety of brain operations. “As a result of using this technology, you’ll end up learning a lot about how the brain works,” says the researcher.

Dystonia is a rare movement illness, but its symptoms — aberrant postures and twisting motions — can be treated with DBS when drugs fail to offer significant relief. The response of a person to DBS is determined by the underlying etiology of the dystonia, which might be hereditary, drug-induced, or another condition.

If the reason is unknown, the doctor will likely order more tests as part of the DBS workup.

Now consider a disease-free future in which you know what’s going to happen to you before it happens, allowing you to avoid it with these technologies. We will be able to detect chemical cues in the brain as well as electrical impulses, allowing us to prevent illnesses before they occur.

On the other hand, the most common movement problem is essential tremor, and DBS can be a useful treatment, especially in severe instances where the shaking can be debilitating, affecting daily functions such as dressing, grooming, eating, or drinking.

DBS can enhance people’s lives and enable them to function properly because tremor is the only symptom of essential tremor.

We are humans and memories vanish with time. They are replaced, and their stories are modified. As the years pass, the original edition is no longer available. The concept of memories serving as a repository like music, one can go back in time and change one’s mood on the go.

And lastly, recent research suggests that persons who have been diagnosed with depression, obsessive-compulsive disorder (OCD), or Tourette syndrome can benefit from DBS surgery.

They both appear promising, but Neuralink will not begin human testing until late 2021, whereas DBS has a greater success rate and is also being tested on humans.

More than 150,000 individuals worldwide have received DBS for Parkinson’s or tremor, with a 95% success rate.

What are the risk factors associated with Neuralink vs DBS?

Hackers, who are individuals or groups working for a range of organizations, offer the most obvious threat to Neuralink.

While infected computers can be extremely dangerous, we typically have the option of turning them off or closing the window if all else fails. If an implanted neuralink device becomes infected with adware or a virus, it will be more difficult to deactivate.

Hardware issues include lead movement, lead failure, failure of any component of the DBS system, and discomfort around the pulse generator device. There can also be battery failure, infection around the device, and the device breaking through the skin as the thickness of the skin and fat layer varies with age.

Another issue raised by misapplied or misuse of Neuralink technology (and any hypothetical competing brain-computer interfaces) is the possibility of well-intentioned but misguided persons.

At the DBS programming stage, stimulation-related problems occur in all patients.

When the device is modified, these negative effects are reversible.

Well, both Neuralink and DBS have various hazards. We can be apparent about DBS because most people across the world have used it to heal their ailments. On the other hand, the Neuralink human trials have not even begun, but the concerns we discussed have to be considered.

Elon Musk unveiled his much-anticipated Neuralink device, which aims to build a direct connection between humans and computers.

According to Musk’s presentation, the microchip-based gadget based on brain control is meant to be used in the treatment of different neurological conditions.

For many years, Musk’s Neuralink project has been gathering information by installing electrodes of various sizes and qualities from both the surface and deep parts of the brain. In certain situations; it is even one of the most contemporary examples of our brain electrification efforts and practices.

On the other hand, specialists say that they can also stimulate the deep regions of the brain by placing electrodes within the brain and treat many neurological issues. Besides, they’ve been employing DBS techniques for a long time and have had great success with them.

Both Neuralink and Deep Brain Stimulation look as quite promising moves towards a disease-free future.

However, it’s up to the future to see how both unfold.

Best OpenAI GPT-3 Alternatives You Can Use to Generate Text