Neuralink Explained – A Revolution in Making?

Neuralink is one of the most promising pieces of technology in the brain-machine interface (BMI) field, and it holds enormous potential for society.

Founded by Elon Musk, who is also responsible for Tesla’s humanoid project and Dojo supercomputer, Neuralink Corporation is the company behind Neuralink, which is a technology that could be the link between us humans and machines.

Back on August 28, 2020, the company announced that the technology was being tested on pigs, and it showed the neurons firing off in real-time within the brains of the pigs. The technology is getting closer to being released for commercial use, and it could have major implications for fields like neuroanatomy and neuroscience.

So, what exactly is it?

Neuralink is actually a specific brain-machine interface device, and the plan is to have it surgically implanted into a human’s brain. This would then enable you to communicate with and control machines. Its immediate effects will likely be felt in the health sector since it can study and cure many medical problems involving motor function, paralysis, speech, and more. The Neuralink chipset is called the N1 chipset, and it will be implanted in the skull. With a size of 8mm in diameter, it has multiple wires with electrodes and insulation. 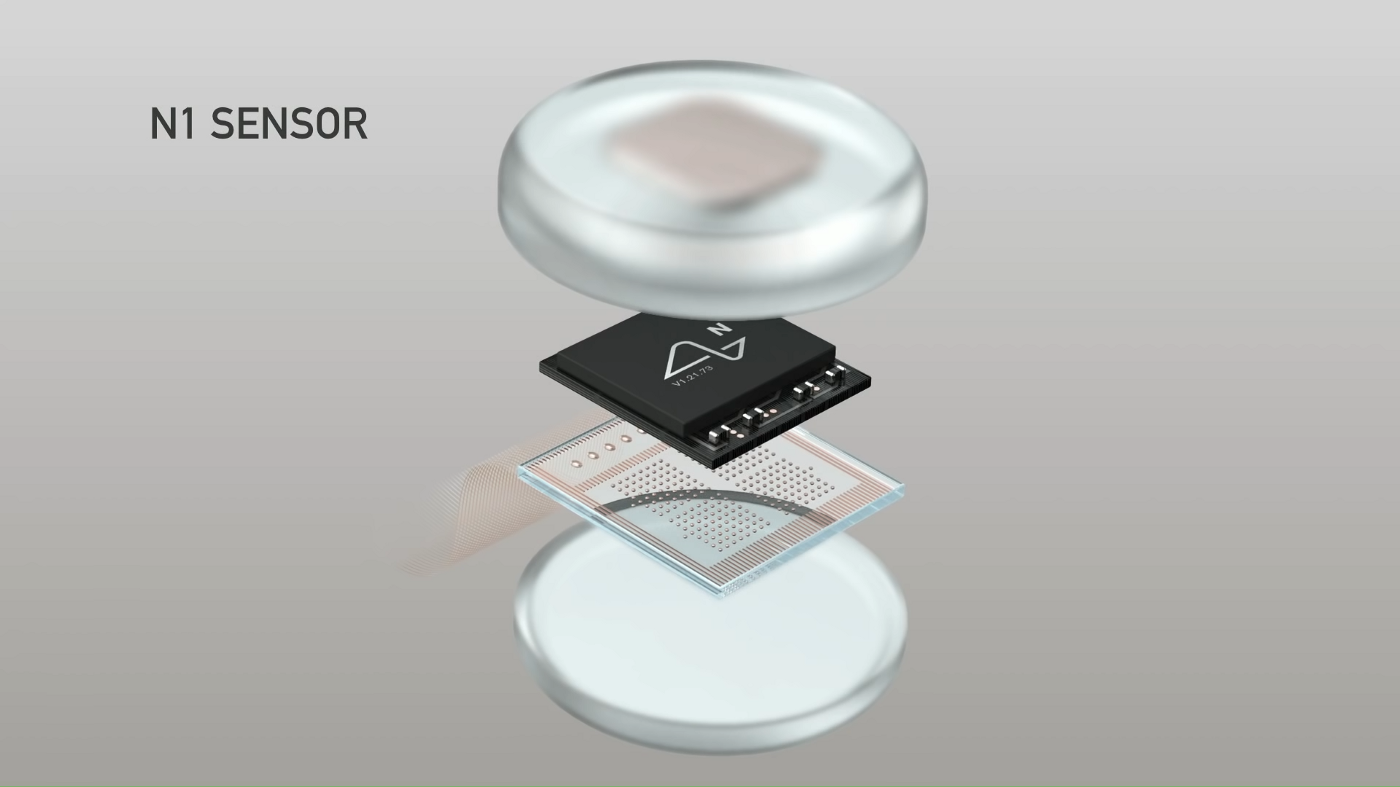 A robot will be used to surgically implant the chip into the brain. According to the company, the wires are as thick as the brain’s neurons, and they are 100 micrometers, which is thinner than a strand of hair.

The process for installing the chip is a complex procedure that cannot be carried out by a human. Because of this, a robot must be used in the process. The robots used for the insertions will be Neuralink’s own specifically developed robots, which were created to carry out a quick and precise insertion into the brain’s cortex. 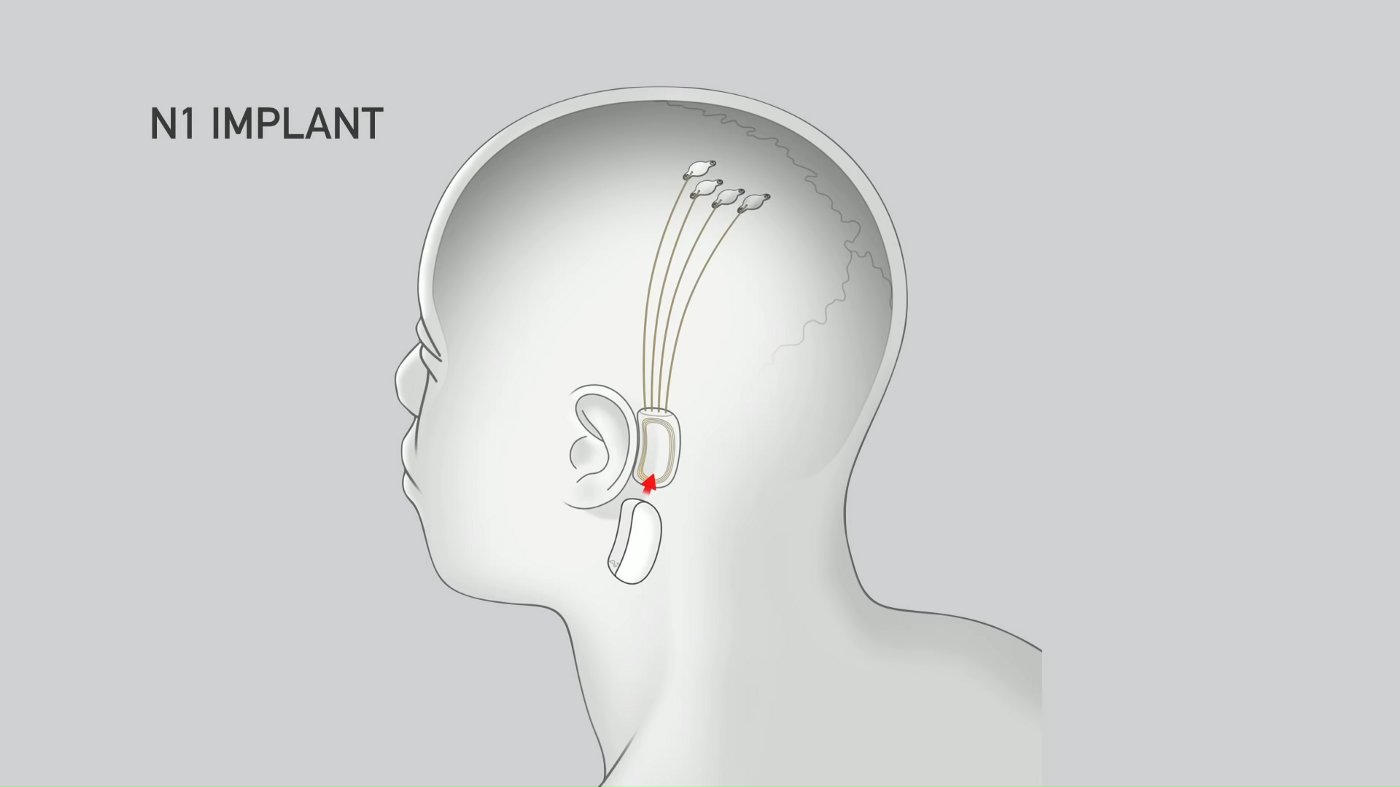 The Neuralink robot inserts the module with the use of a microscope and needles that are 24 microns long. In order for the device to be implanted, a 2mm incision must be made in the skill, and this will be dilated up to 8mm. Following the completion of the procedure, for which the person is under anesthesia, the exposed part of the skull is covered with a chipset module.

What Can It Do for Us?

The goal of the N1 chip is to record and stimulate electrical spikes inside the brain. It currently relies on a Bluetooth Radio, but this could be changed in the future. However, it will undoubtedly be wireless since that is one of the major goals of the Neuralink team. This all means Neuralink will be able to read what we’re thinking and enable us to communicate with machines without speech.

The initial focus of the project will be aimed at the healthcare sector, and the device will be able to assist paraplegics with simple tasks, such as using a phone. Some of the other potential applications involve those that could help individuals with epilepsy, speech impairment, and eyesight issues. If the technology could reach its full potential, it could virtually fix any problem within the brain, and it could restore memory, speech, and movement.

If it reaches a point of complete symbiosis between the device and the human brain, it would be possible for humans to interact without talking. It could also allow us to do things like stream music right into the brain.

Neuralink, which is expected to be fully developed within five years, is the closest technology we have for full human-machine symbiosis. No longer a sci-fi scenario, it is a major step towards turning everyone into part-machine.

There will be a day when technology and brain interfaces such as this completely change what it means to be a human, and they have the potential to advance the human brain like never before. However, this will take some time. The more immediate impacts will be felt in healthcare, and these should in no way be underrated.

If fully developed, it will change the lives of countless individuals across the globe who are suffering from a wide range of health issues. Some of healthcare’s most challenging hurdles will be easily accomplished through technology, and it will happen extremely quickly.

It is the key to unlocking a brand new life for those suffering from paralysis, memory issues, sight problems, speech impairments, and much more. At the same time, it is the pre-cursor to full human-machine symbiosis. It will be exciting to witness all that Neuralink promises to offer. What are your thoughts?

Alex is a writer and researcher covering developments mainly in the sub-fields of artificial intelligence (AI). He has covered various different industries including robotics, start-ups, NLP, autonomous vehicles, etc.

He currently writes for a top online AI news publication and has worked with various companies and individuals within the industry.