Large-scale online applications have come a long way in the previous two decades. These innovations have altered our perceptions of software development. Facebook, Instagram, and Twitter, for example, are all scalable platforms.

These systems must be built to manage massive volumes of traffic and data since billions of people use them at the same time throughout the world. This is when system design enters the picture.

The process of establishing the architecture, interfaces, and data for a system that meets certain criteria is known as system design. Through cohesive and efficient systems, system design satisfies the demands of your business or organization.

Once your company or organization has determined its criteria, you can start incorporating them into a physical system design that meets your consumers’ demands.

Whether you choose to go with bespoke development, commercial solutions, or a combination of the two, how you design your system will determine how you build it.

We’ll take a detailed look at the system design of the Twitter timeline in this post, complete with a tutorial. Let’s get started.

On fanout, 60 thousand tweets are sent every second.

4,000 requests for information every second 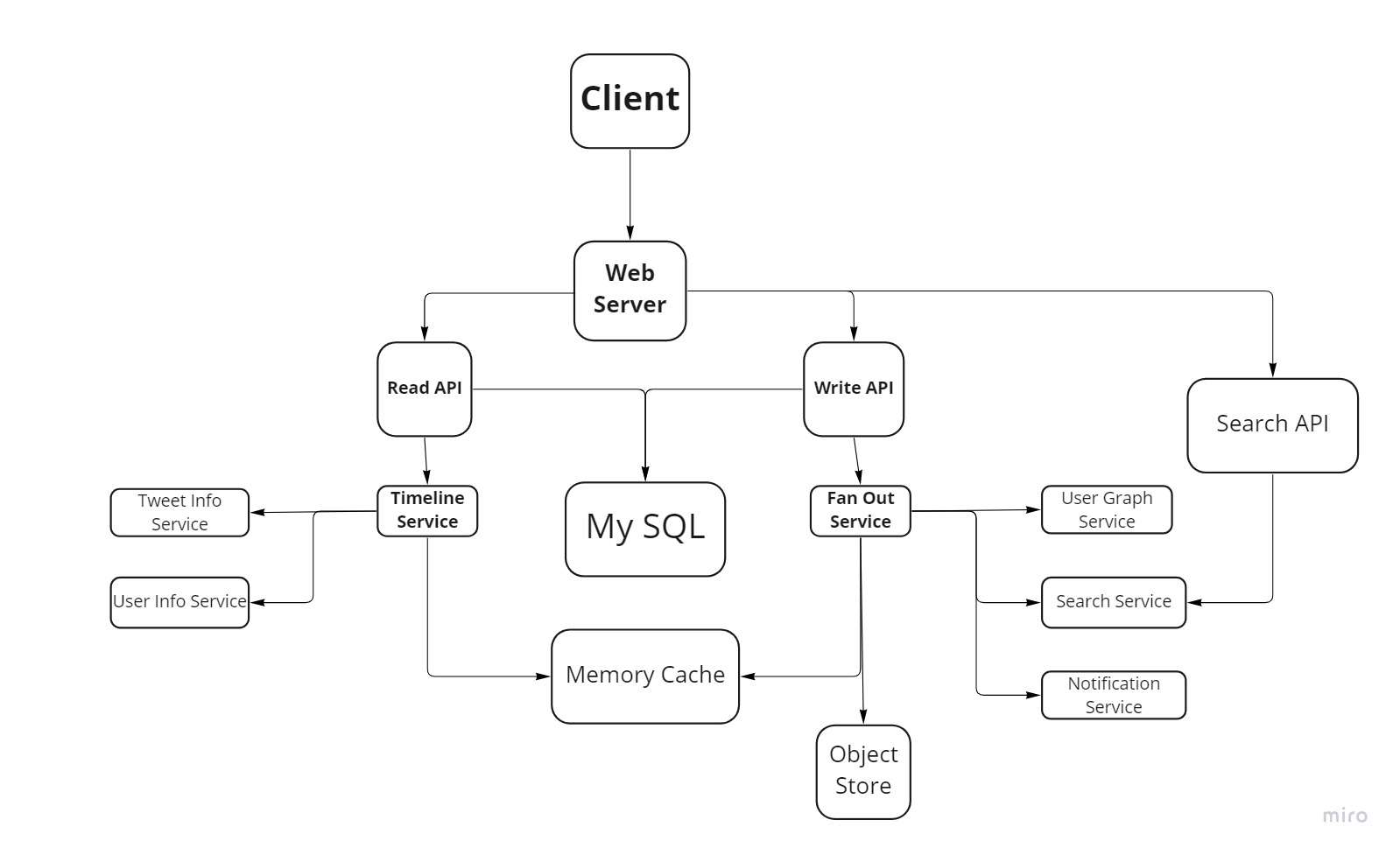 A typical relational database would be overwhelmed by fanning out tweets to all followers (60 thousand tweets delivered each second). We’ll probably want to go with a fast-write data storage like a NoSQL database or Memory Cache.

An Object Store can be used to store data such as images and videos.

The Fan-Out Service is contacted by the Write API, and it performs the following tasks.

We can utilize a native Redis list with the following structure if our Memory Cache is Redis:

The user’s home timeline would be updated with the new tweet, which would be stored in the Memory Cache. We’ll utilize the following public REST API:

The user timeline is viewed by the user.

The REST API would work similarly to the home timeline, with the exception that all tweets would originate from the user rather than the people they follow.

A user searches for keywords:

Timeline creation is a difficult task. A timeline generating server that links to the web or application servers is required.

Every time a user signs in, the timeline service maintains track of the newest tweets from the users in the follower’s table and updates or refreshes the user’s timeline.

We don’t implement any sort of ranking system here; instead, we presume that the top 5 tweets from the user’s followers are presented in the timeline in order of creation time. We can maintain a 50-tweet refresh cutoff. We still cease refreshing or constructing a timeline after that threshold is reached until the user refreshes the page.

High latency and performance concerns will come from live user feed creation. Instead, creating an offline stream that can be presented instantly is the best way to improve performance. Run dedicated timeline servers that ping the application server on a regular basis to refresh the feed based on the time it was created.

The ranking algorithm should take into consideration crucial signals and provide weight to guarantee that a user’s timeline is not dominated by material from one or more of the accounts they follow.

More precisely, we can choose features related to the relevance of any feed item, such as the number of likes, comments, shares, and update time. Each of these criteria should be used to rate the tweet, and then that rank should be used to show tweets on the timeline.

Should we constantly alert users when new content for their newsfeed becomes available? Users can find it beneficial to be alerted when new data becomes available. On mobile devices, however, when data use is quite costly, it can waste bandwidth.

As a result, we can opt not to push data to mobile devices and instead allow users to “Pull to Refresh” for new postings. 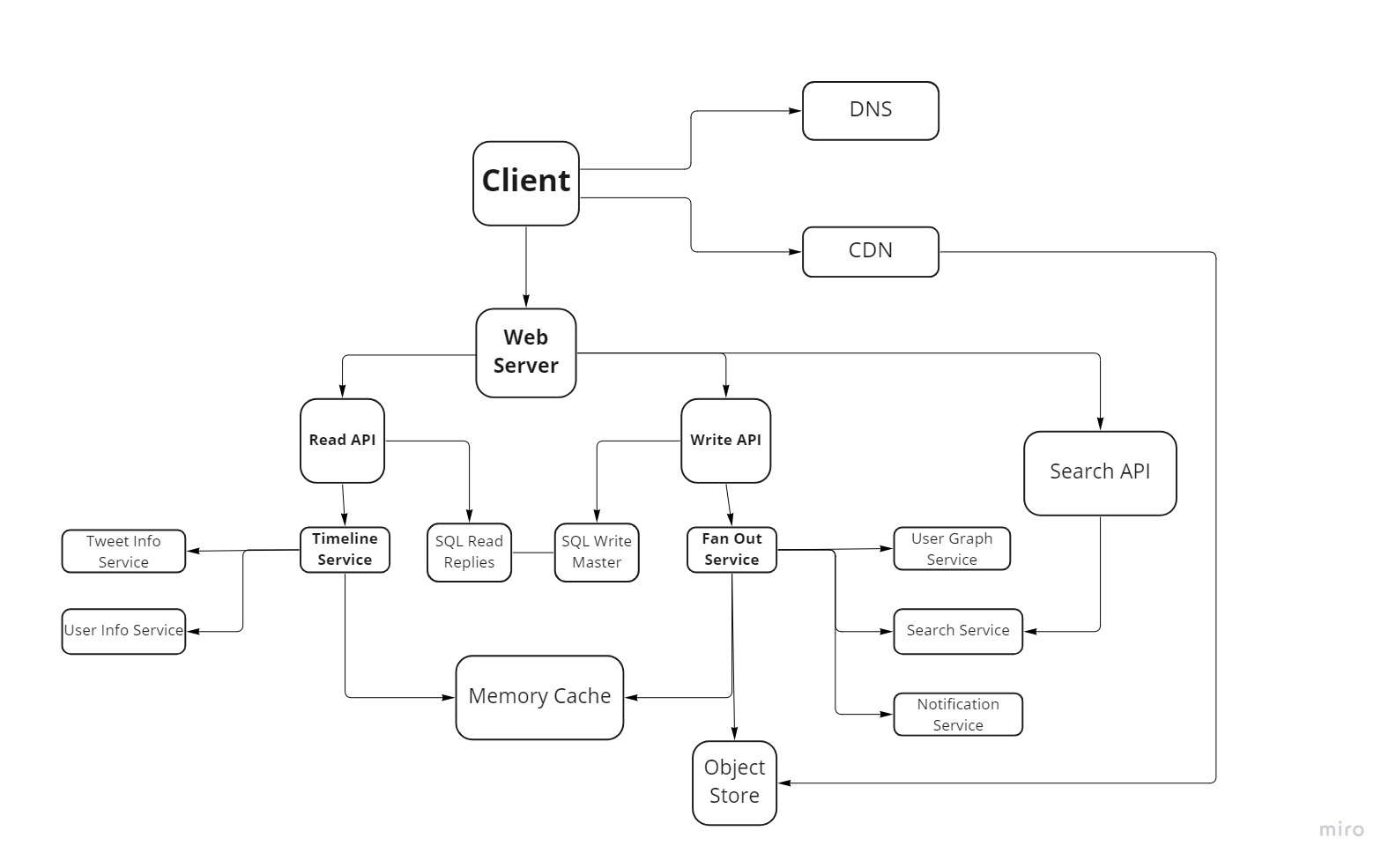 A potential bottleneck is the Fanout Service. Twitter users with millions of followers will have to wait several minutes for their tweets to roll out. This might cause a race with replies to the tweet, which we could avoid by re-ordering the tweets at serve time.

We could also prevent spreading tweets from people with a large number of followers. Instead, we may do a search for tweets from highly-followed individuals, integrate the search results with the user’s home timeline results, and then reorder the tweets at serve time.

Although Twitter is a large organization, it has a better understanding of system design. I did my best to provide you with a high-level overview of the Twitter timeline.

I hope you gained useful information from it and can put it to good use.