Instagram Feed is a platform for sharing and connecting with the people and things that matter to you. When you open Instagram or refresh your feed, the photographs and videos we think you’ll be interested in will show towards the top.

The news feed is a collection of items containing text, images, or videos created by other entities in the system that are targeted for you to read. It’s always changing, while other organizations are making fresh posts. 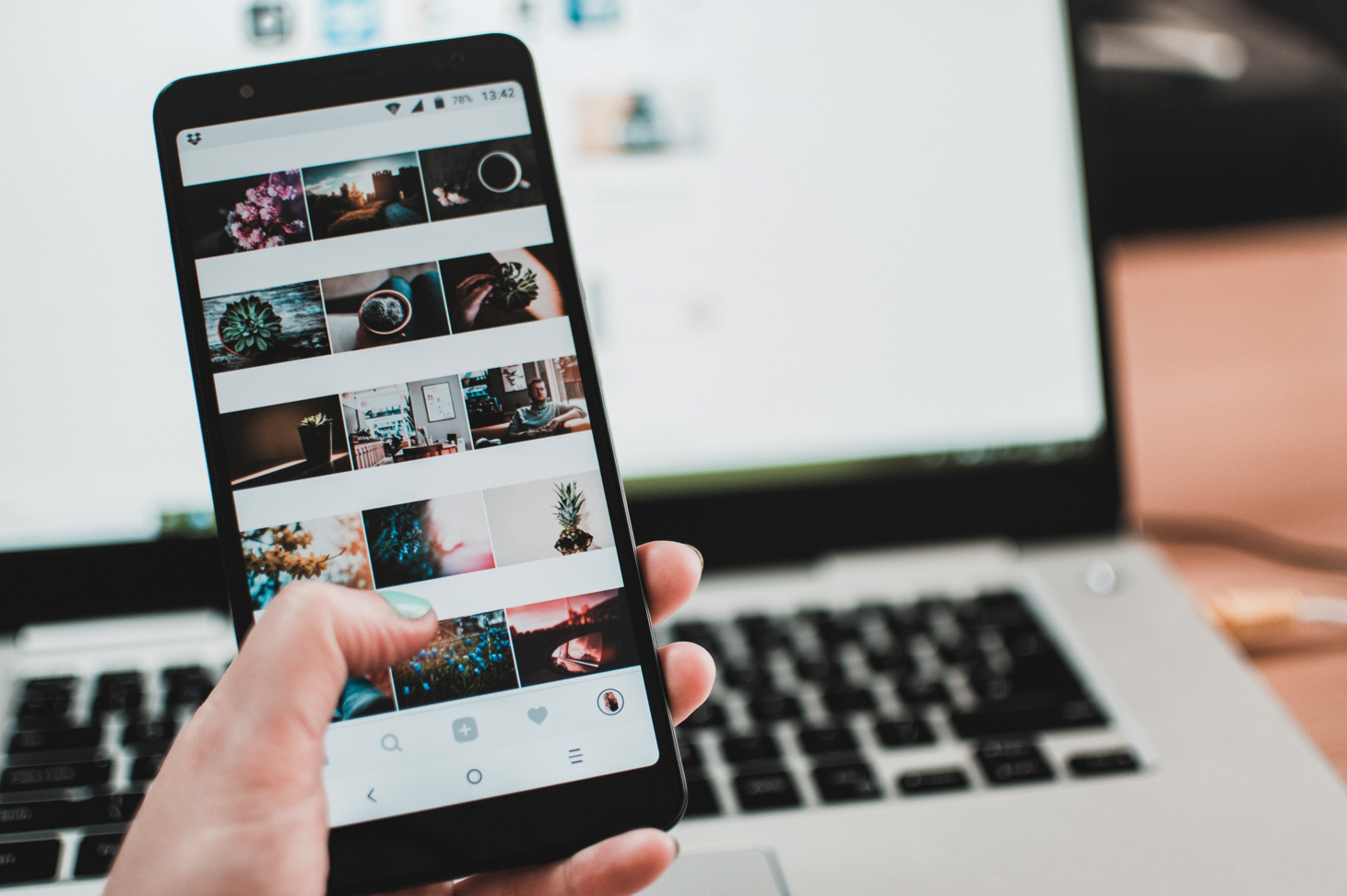 In this post, we will closely look at the system design of Instagram’s feed. So, let’s begin.

Assume that one user downloads the news feed 10 times each day on average. So it’s roughly 116K QPS and 1e10 requests each day.

userId (GUID): the user whose news feed is being fetched.

The following fields are available in the optional options parameter: 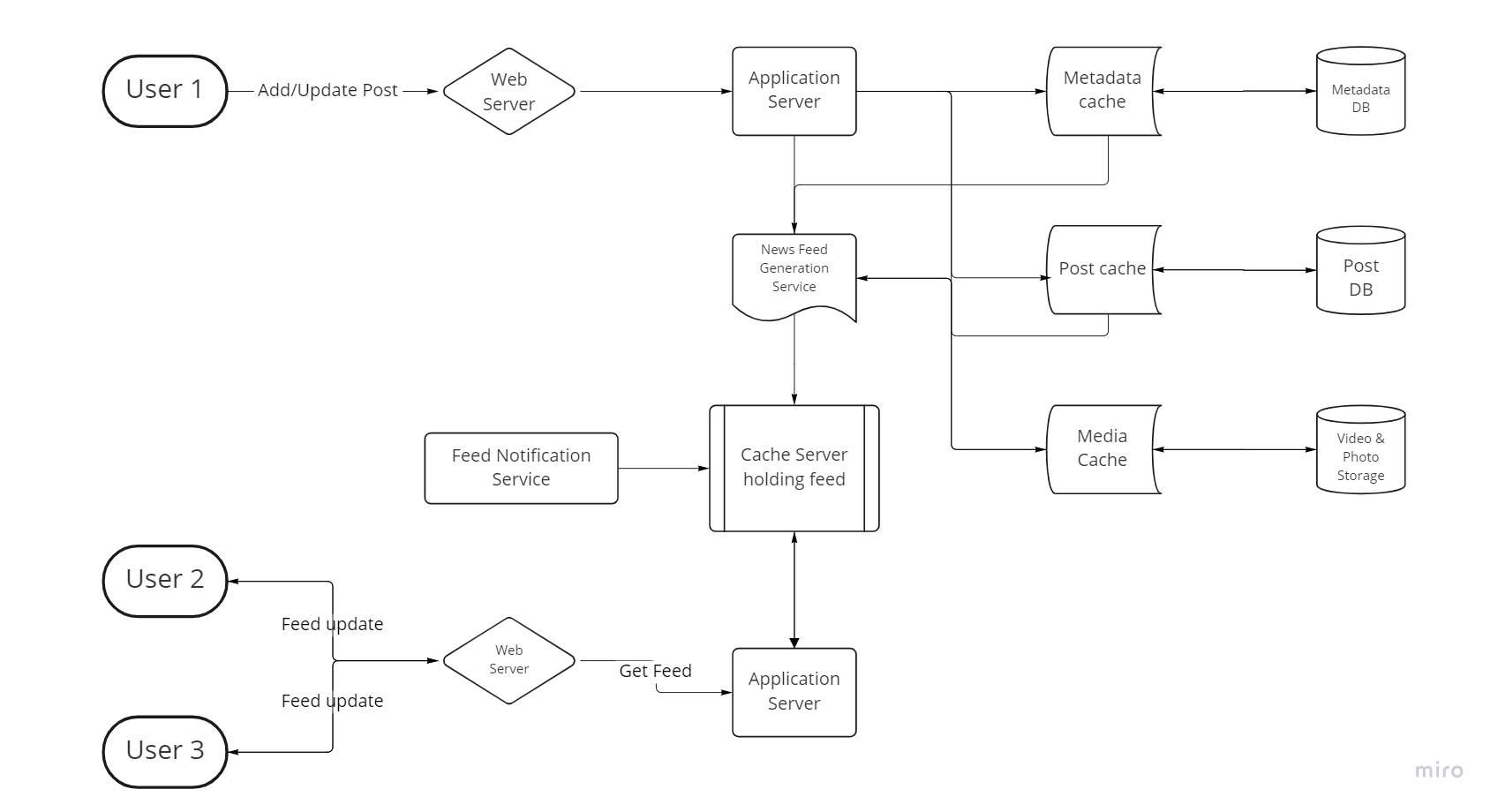 When Jay requests her news stream, the system will do the following:

Assume Jay is following Aayush and that Aayush posts anything new. Jay’s news feed will need to be updated by the system:

The procedures indicated above are executed by the application server.

Problems with this sloppy implementation include:

We can pre-generate the chronology and save it in memory to increase efficiency.

We can have dedicated servers that are constantly creating and storing users’ newsfeeds in memory. We can just deliver the news feed from the pre-generated, saved location whenever a user wants it.

How many feed items should a user’s feed be stored in memory?

Adapt based on your usage behavior.

Should we make a newsfeed for all users (and preserve it in memory)?

Fanout is the process of sending a post to all of your followers.

When you request a news feed, the system receives a read request. Fanout read sends a read request to all of your followers, asking them to read their content. 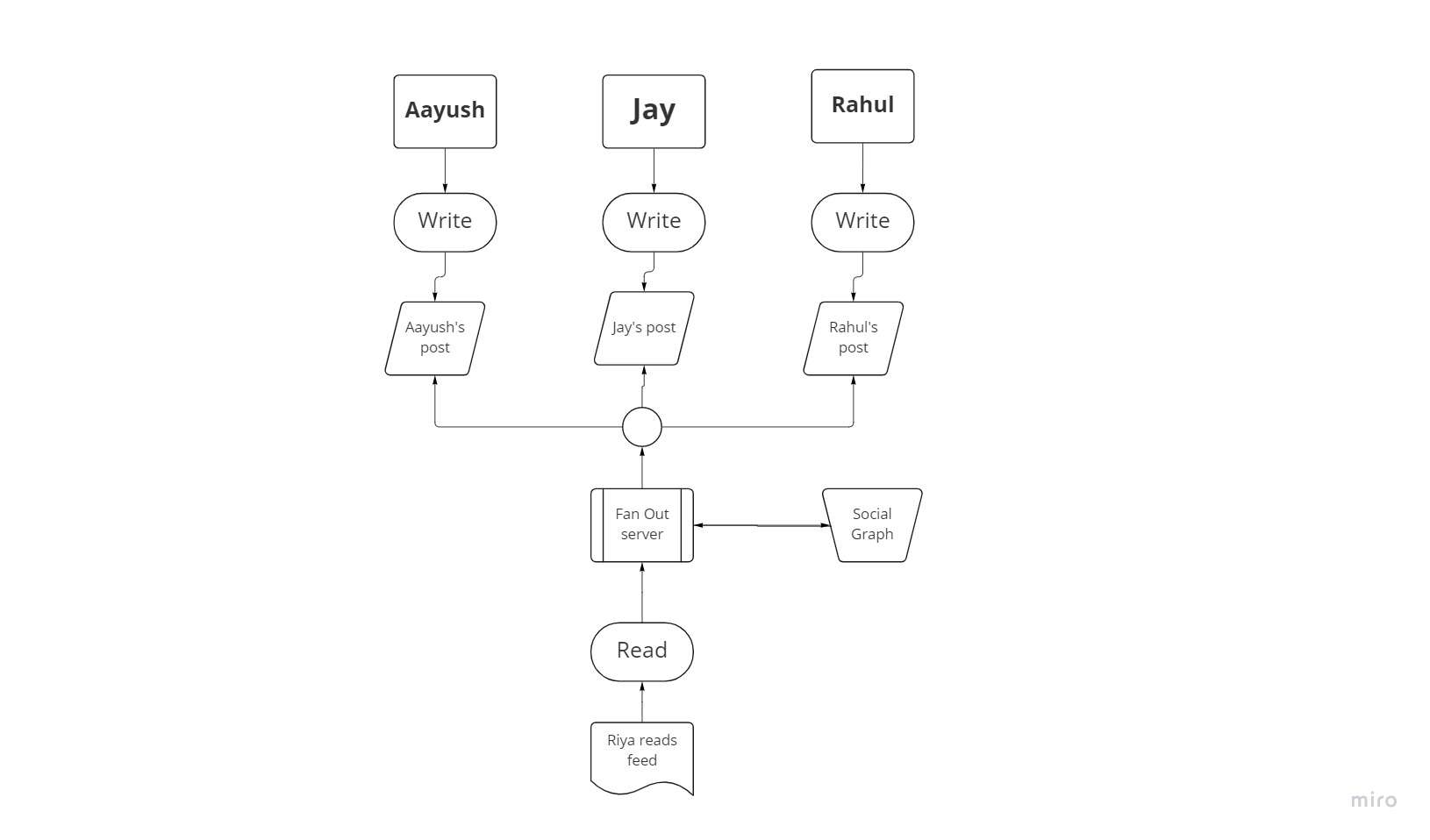 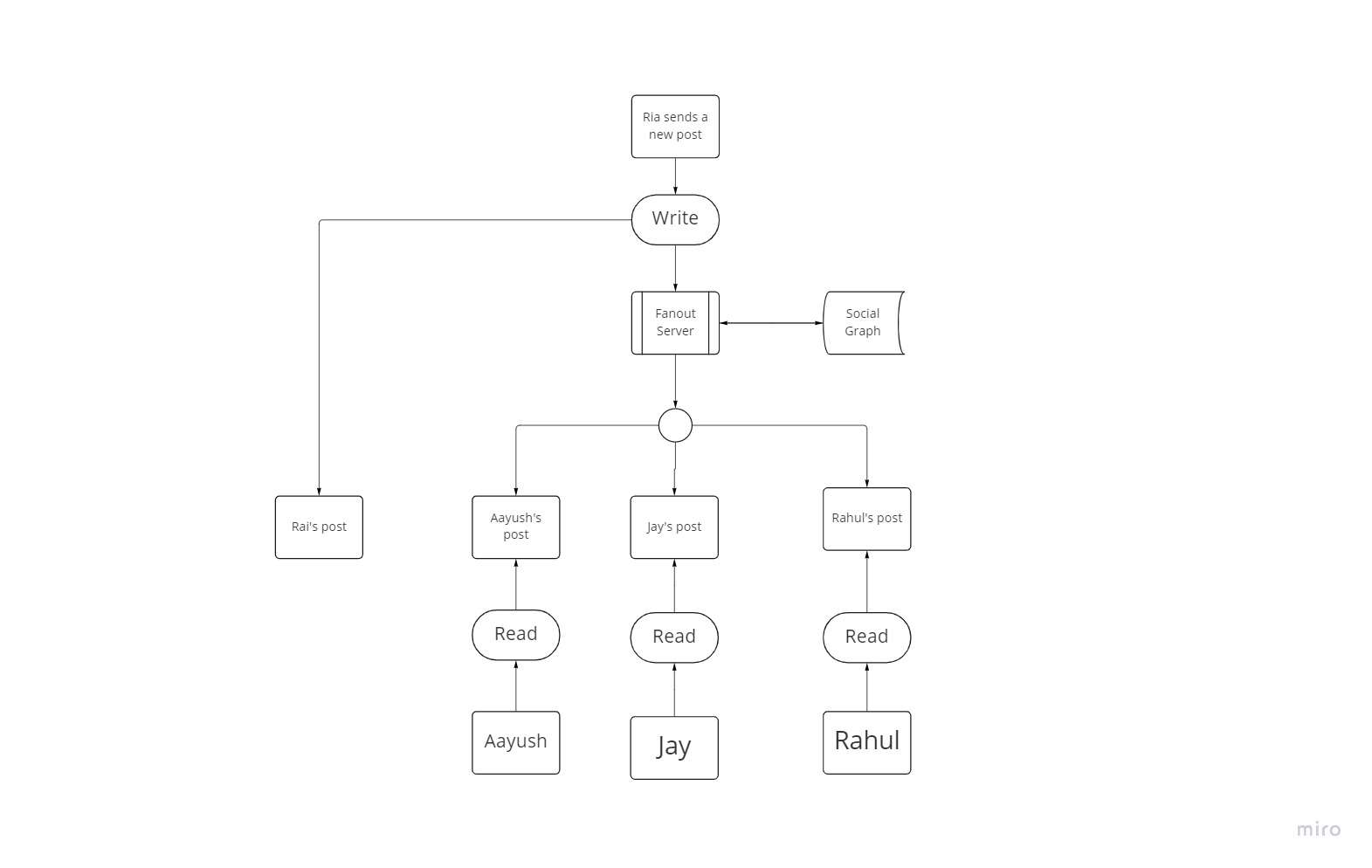 The rank of the Feed

Instead of just ordering the feeds chronologically, today’s ranking algorithms additionally attempt to guarantee that items with greater relevance are prioritized.

Set up KPIs like user retention, ad income, and so on to see how effective our ranking system is.

Despite the fact that Instagram or its parent business Facebook is a huge corporation, it has a better understanding of system design.

I tried my hardest to provide you with a high-level summary of the Instagram feed.

I hope it was helpful and that you will put it to good use.