Mixed reality applications allow you to interact with both the real and digital world at the same time. This gives users the opportunity to intuitively navigate and manipulate digital spaces and objects.

The technology combines the intuitive nature of handling the physical world with the flexibility of virtual technology. This combination of mediums gives users the chance to feel more immersed in visualizations and digital environments.

Various fields have already started to experiment with cutting-edge MR technology to improve their industries.

While VR technology has already found footing in the gaming and virtual experience industry, mixed reality has found more appeal in professional sectors.

The ability for mixed reality to overlay information onto the real world is key in various sectors such as manufacturing, surgery, and other complex real-world procedures.

Sectors centered around productivity, creativity, and education also benefit from MRs flexibility in using their actual hands to interact with virtual objects and models.

We’ll look at some of these fields and look at how mixed reality can help improve each of their processes.

Mixed reality applications in education can be seen as an extension of the ongoing digitalization of learning. As classrooms have already switched from textbooks to a mix of physical and digital media, MR can be used to provide a more interactive means of education.

Mixed reality can also help educate students in a remote setting, giving remote learners an interactive and engaging way to learn without having to be in a physical classroom.

Mixed Reality-ready applications such as Paint 3D can be used to give students another way to express their creativity. Apps such as VR Frog Dissection can help students learn about important topics such as biology at any time and in any location 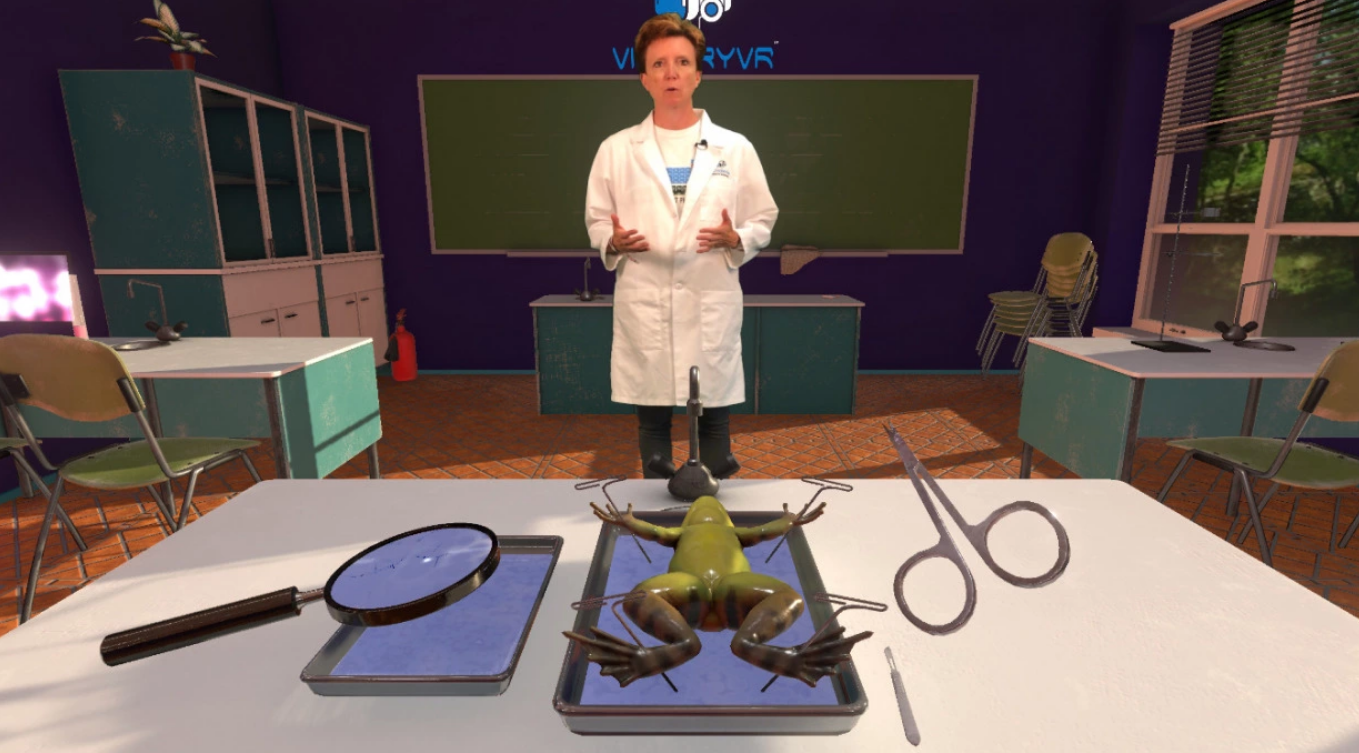 Mixed reality programs can help the healthcare industry innovate. MR applications can empower health team collaboration by allowing physicians from around the world to communicate and share patient data.

For example, the VSI HoloMedicine app allows a surgical care team to be based in different parts of the world. Mixed reality can help improve patient engagement by presenting them with a 3D model of a future procedure.

MR technology can also allow teams to have effective collaboration in a remote setting. Virtual meetings and work sessions through mixed reality can allow people from different locations to seamlessly communicate as if they were in the same room. 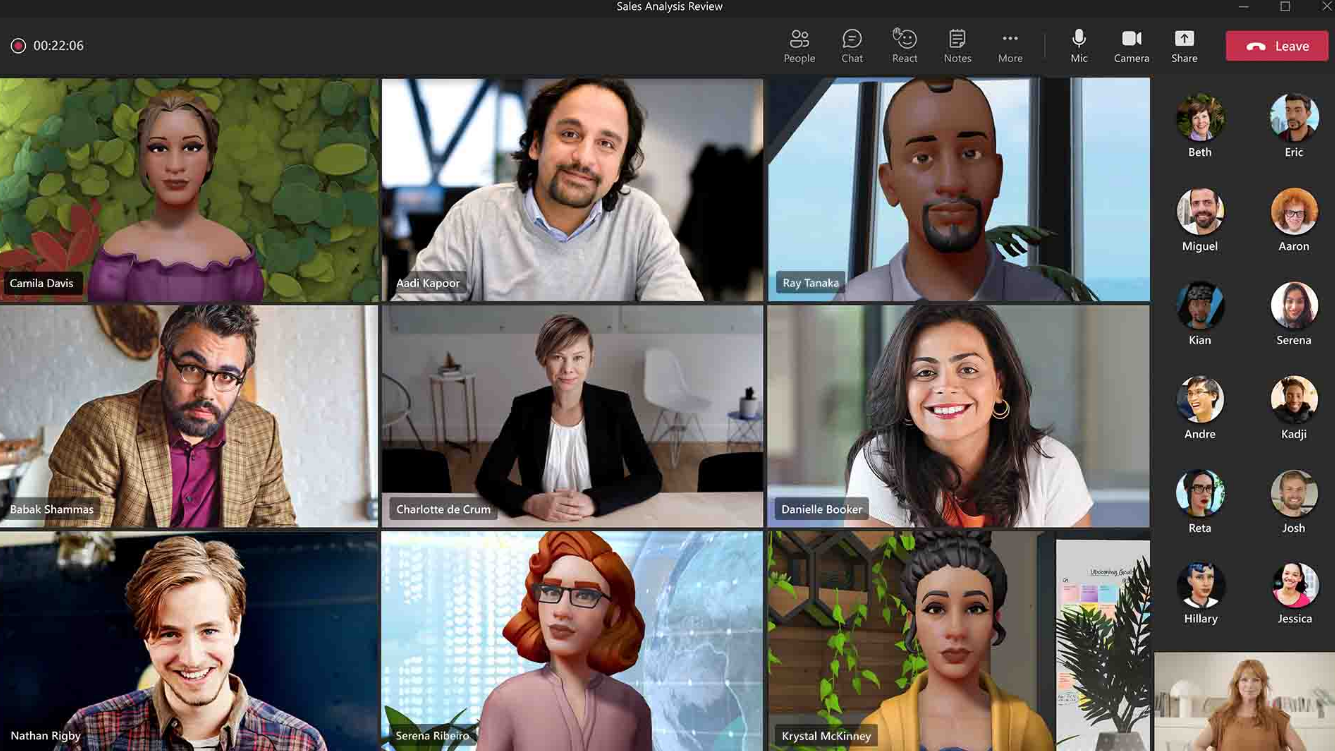 Microsoft has recently released an update to their Teams app which allows users to display a 3D avatar instead of their real-life face. This feature is part of a bigger collaborative platform known as Microsoft Mesh.

Mesh will allow geographically distributed teams to connect and collaborate in virtual spaces.

Companies can invest in mixed reality technology to boost their organization’s productivity.

MR applications can help workers access step-by-step holographic instructions. Industries that require complex procedures can benefit from having their workers know with confidence what to do next. 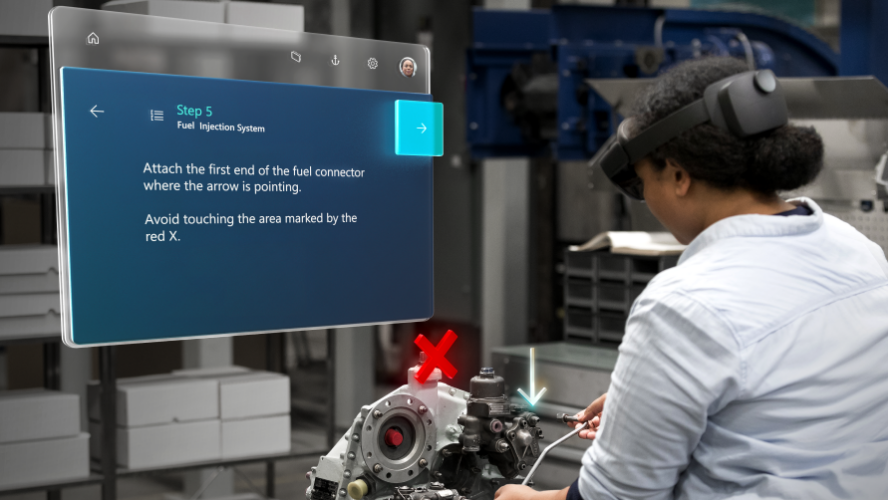 Despite the leaps made by companies like Microsoft, mixed reality still faces several issues that prevent it from achieving mainstream usage.

Firstly, new technology is usually expensive, and mixed reality is no exception. The cheapest model of the Microsoft HoloLens 2 costs over $3,000. For even a small team of 15, that amounts to almost $50,000 worth of equipment.

This barrier of entry is often why companies prefer mobile solutions instead. These solutions may be apps or websites that are accessible from a phone or tablet.

Another issue with gear such as the HoloLens is the challenge of optics. Current technology’s spatial registration of virtual and real space is still imperfect. As long as there are imperfections in sensor and rendering technology, users may be dissatisfied with how virtual objects map to the real world.

An MR device is only as good as its sensors. Similarly, the quality of the display is an important factor in creating a truly immersive experience. A higher-quality display requires more powerful CPUs and GPUS to quickly render graphics in real-time. User experience will decrease if any of these performance issues create an unstable or inaccurate mapping of the physical world.

Lastly, there are several health concerns regarding the use of mixed reality. Many users have already experienced discomfort when using virtual reality devices. People who are prone to motion sickness may also want to shy away from mixed reality applications.

MR device manufacturers should partner with optometrists and other experts to make sure that the user’s vision is still safe with long-term use.

Other challenges manufacturers must face is the device’s battery life, ergonomics, and thermal dissipation.

Mixed reality technology will only continue to improve every year. As the devices become more affordable and accurate, it’s likely that various fields will start using some form of mixed reality tools in their daily workflow.

Let us know which sector you think will greatly benefit from mixed reality technology!

Quantum Memristor: The Most Exciting Technology Since the Internet