Nreal Light vs Microsoft HoloLens 2 – The Future of Smart Glasses

Mixed Reality is becoming a new way to interact with technology.

Advancements in computer vision, display technology, and graphics processing have made it possible to experience both the digital and physical world at the same time.

Is mixed reality the future?

Successful implementations such as Pokemon Go show that mixed reality can be accessible to anyone with a smartphone and an Internet connection.

Simulation-based learning in healthcare shows that mixed reality has a promising future in education and all kinds of training.

These applications require cutting-edge technology that can accurately sense the world around you and process that information in real-time. These devices must also be portable enough to use in any environment and built for user comfort.

This article will explore two products which push the boundaries of what is possible with mixed reality: the Microsoft HoloLens 2 and the Nreal Light.

Learn how each of these products work and how they cater to their respective markets.

The HoloLens 2 is the next iteration of the HoloLens line of mixed reality smart glasses developed by Microsoft.

It’s an augmented reality (AR) device that you place on your head and includes a visor that goes over your eyes.

It has a built-in computer and all kinds of sensors which can read visual and audio input. 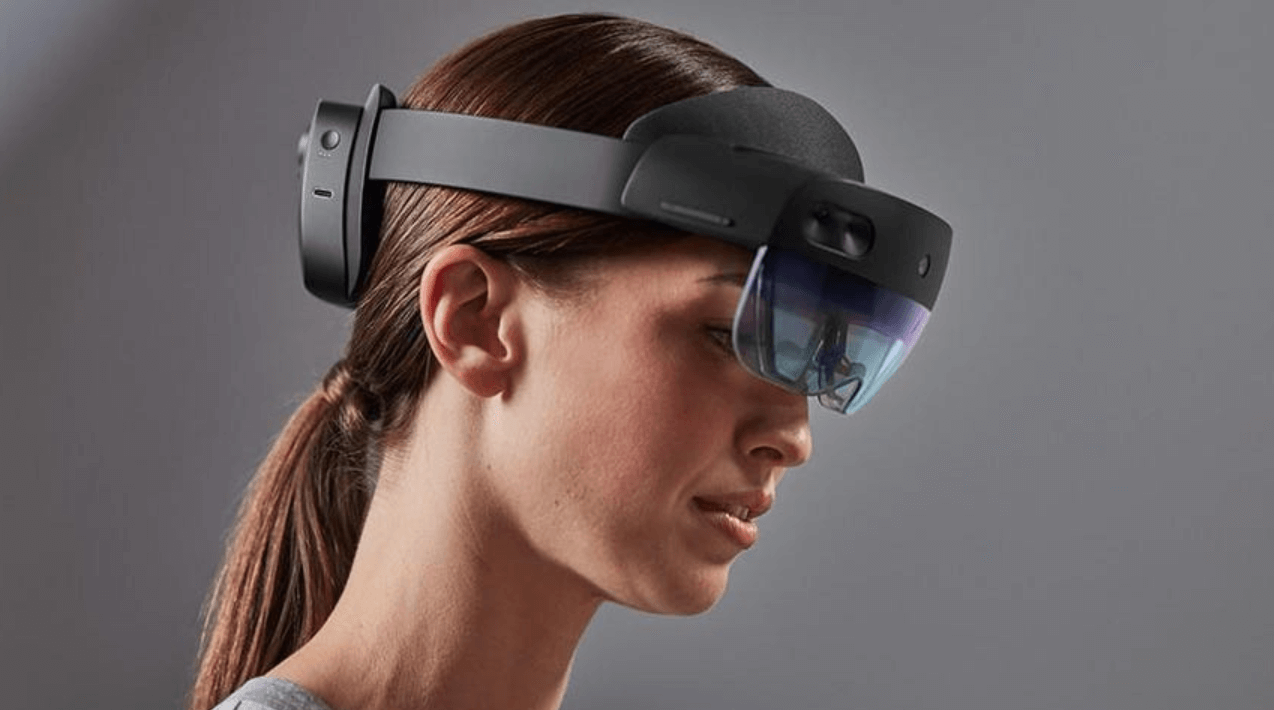 Who is the HoloLens for?

Microsoft decided to focus on enterprise customers over the average consumer for their HoloLens line. The device has been tested in regulated industrial environments and comes with a variety of use cases across industries.

Here are some industries which benefit from HoloLens technology:

The Hololens 2 can be used to help employees learn complex tasks specific to their line of work. Companies can set up step-by-step holographic instructions for their workers to follow. 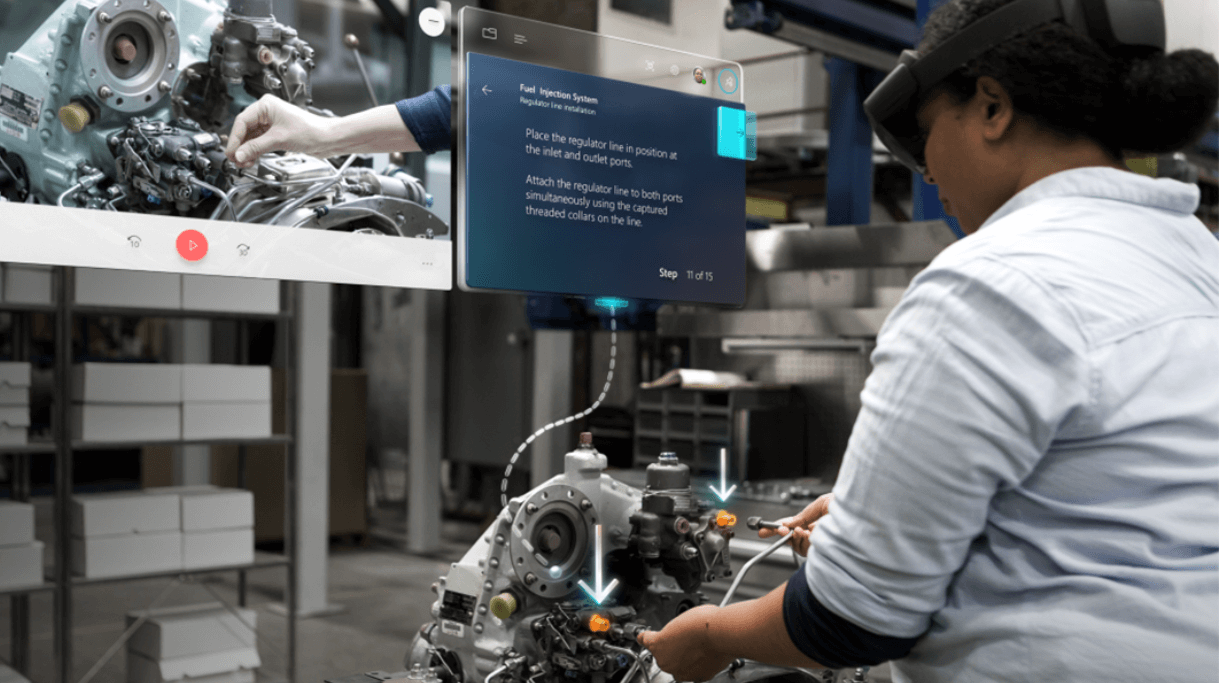 For example, companies like Airbus and Toyota use the Microsoft HoloLens 2 to boost their operational efficiency and scalability.

“Our training efficiency is increased, trainers and trainees are receptive to the technology, and they rank Dynamics 365 Guides on HoloLens 2 as their preferred way to learn.”, says Zach Reeder, an engineer from Toyota Motor North America.

Mixed reality offers new solutions in the field of telehealth.

Doctors, nurses and technicians can use mixed reality to train and share knowledge using simulated training.

Teams can use mixed reality to view 3D models of MRI and CT scans as preparation before and during surgery. Solutions such as Medivis use AR to give surgeons better visualizations of upcoming surgical procedures. 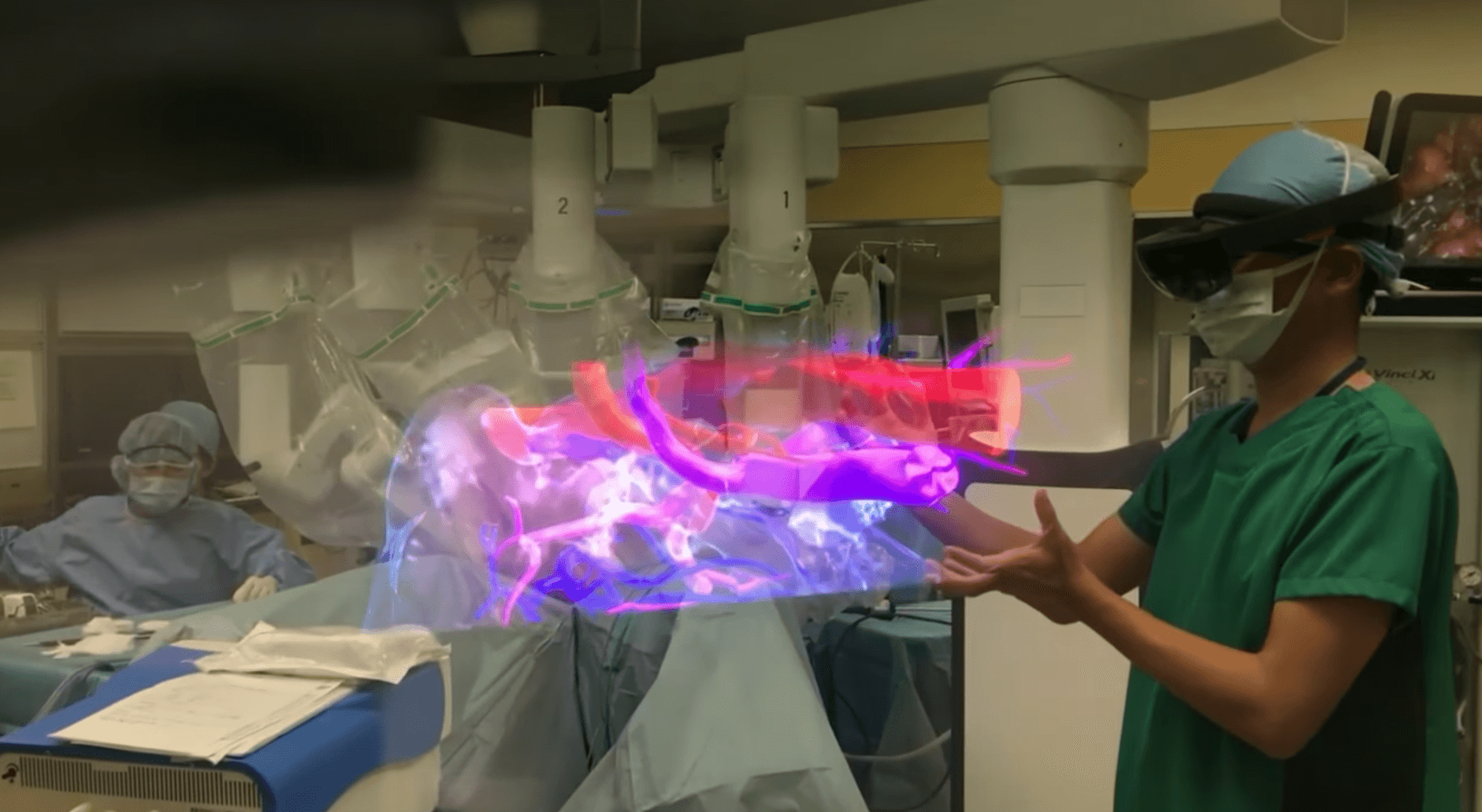 Students equipped with Hololens can engage in complex 3D models of their subject matter.

The HoloLens 2 starts at $3,500 and comes with the device itself, a carrying case, an overhead strap, and a one year warranty.

The HoloLens 2 also comes in an Industrial Edition priced at $4,950, which supports regulated environments and hazardous locations.

If you’re a VR or AR developer, you can purchase the HoloLens 2 Development Edition for $3,500. This package comes with $500 worth of Azure credits and a three-month trial to Unity Pro.

Nreal is a Chinese startup that has the ambitious goal of producing augmented reality glasses for the average consumer.

With a price tag significantly lower than Microsoft’s HoloLens, it has a good chance of being a major player in AR consumer hardware.

Nreal glasses use a simpler projection technology and a limited number of cameras and sensors. 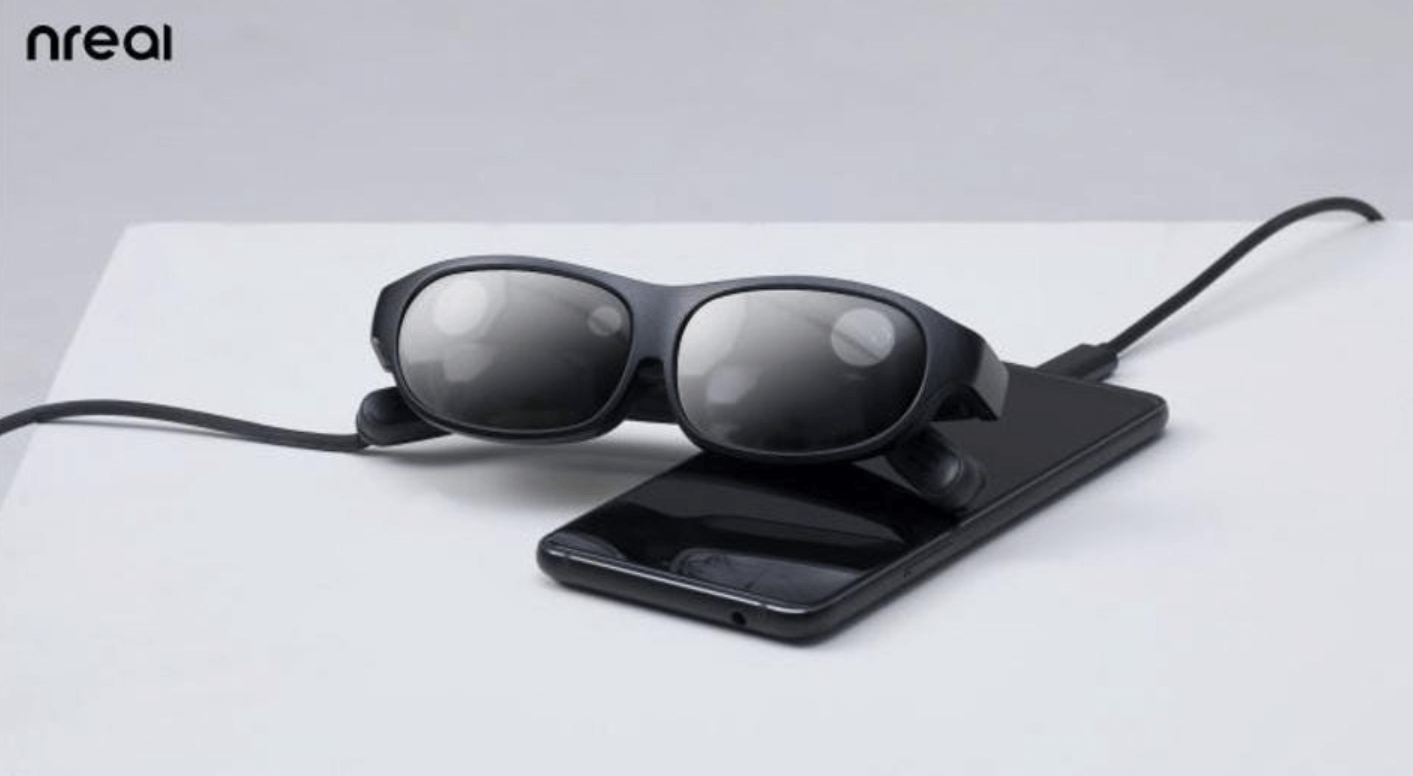 The Nreal Light AR glasses are both lightweight and portable.

It comes with two cameras that capture your environment and integrated speakers and microphone. The glasses are capable of a 52-degree field of view.

Besides the Nreal Light, the company also offers the Nreal Air. This model comes with an improved display and a more lightweight frame.

The Nreal Air also works for Apple products as well as Android phones. 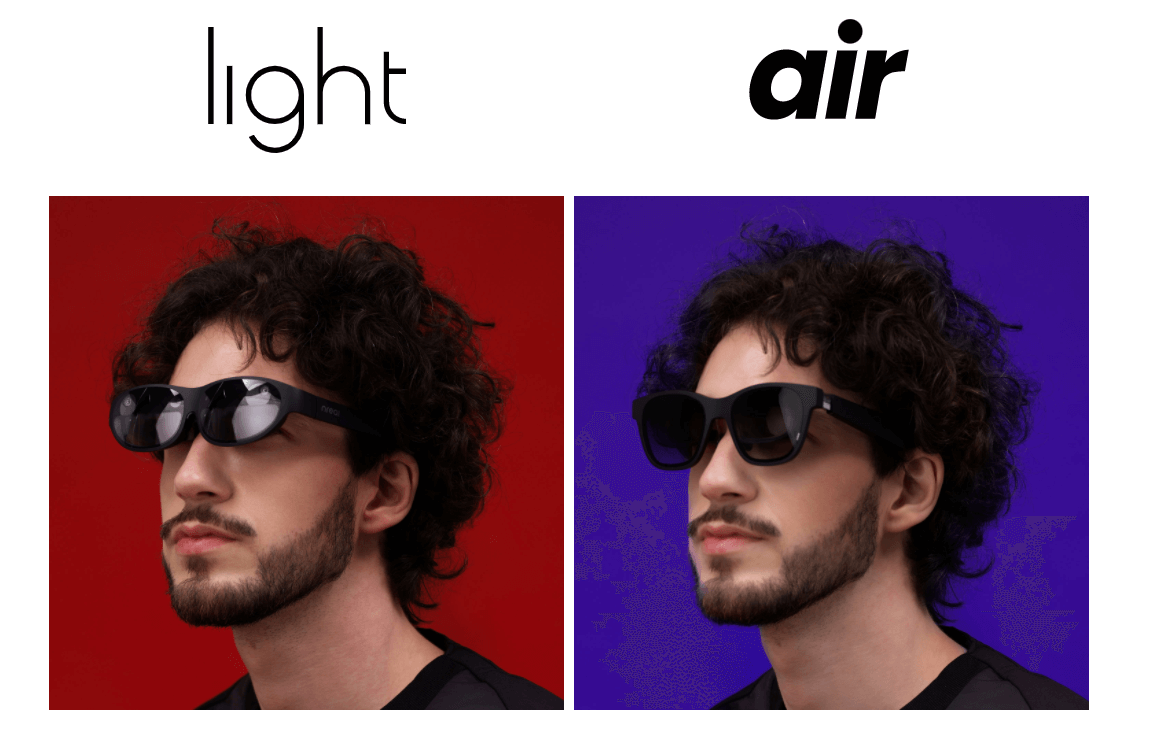 Who is the Nreal Light for?

The Nreal Light is aimed at the average consumer.

It boasts an IMAX-like experience for watching videos, which is a plus for users who often watch media on their phones. Casual gamers can also use Nreal to experience AR games.

The Nreal Light is priced at $599 and comes with a traveling case, nosepads of various sizes, a VR cover, and a cleaning cloth. 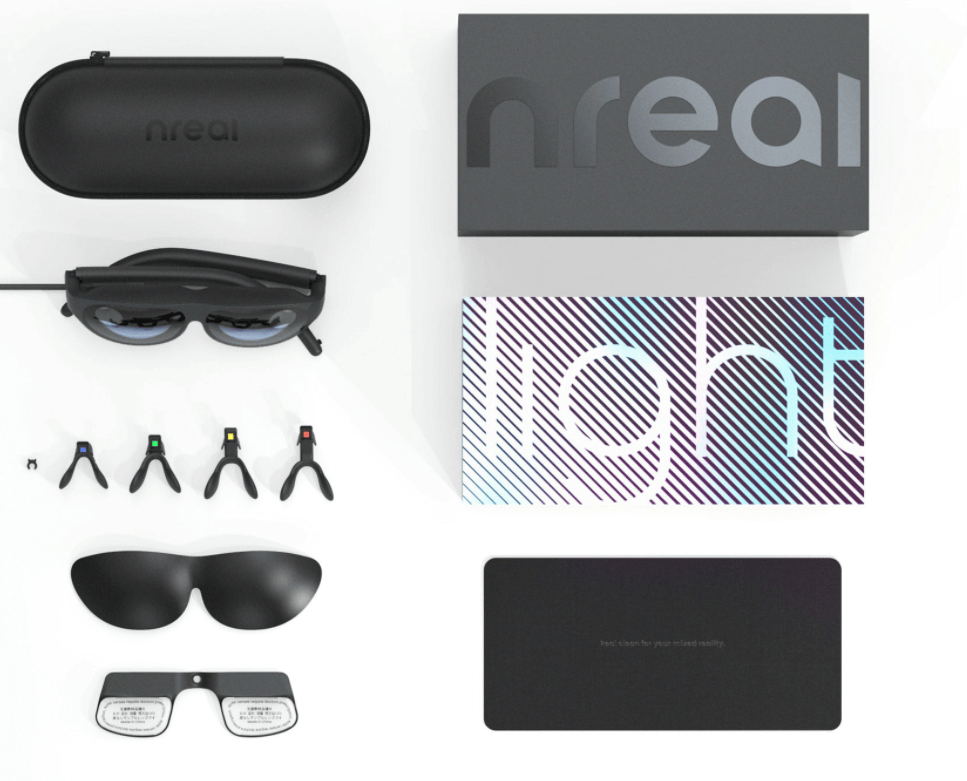 The HoloLens and Nreal line of products cater to different markets.

If you are a business that requires complex training, then the HoloLens can help provide an efficient solution.

The HoloLens is pricier, but comes with much more sensors and processing power. This makes it a good choice for use in industries such as manufacturing or healthcare.

The Nreal Light is a portable and affordable solution for anyone who wants to try out Mixed Reality. Products such as the Nreal aim to bring MR to a broader audience, promising new ways to interact with friends, play games, or watch media.

Virtual reality devices have been around for decades but are still far from popular for the average consumer. Bulky headsets, expensive prices, and issues with motion sickness have prevented it from going mainstream.

Will mixed reality smart glasses be able to overcome that?

Let us know what you think about the future of mixed reality.