Do you recall the amazing Terminator movie? That is just fantastic. In real life, Elon Musk is doing the same thing.

During Tesla’s highly anticipated artificial intelligence (AI) event on August 19, 2021, CEO Elon Musk presented his next project: Elon Musk stunned the world when he revealed that Tesla is developing a humanoid robot called Optimus, which was later renamed Tesla Bot.

You’ve come to the perfect site if you want to learn more. In this essay, we’ll go over all there is to know about Tesla Bot, including what it is, its purpose, and more.

So, what exactly is Tesla Optimus Bot?

The Tesla Bot is a bizarre-sounding notion for a humanoid robot that works on the same AI technology as Tesla’s self-driving automobiles, such as the Model 3 and Model X. Fear of robots is common, especially when AI is actively engaged in their development.

But, unlike the baddies in science fiction films, “Tesla Bot” was created by people for humanity. According to Musk, “it is nice and will assist you with basic duties such as grocery shopping or any other repetitive and monotonous job.” Musk didn’t go into much detail about what his intended invention would be capable of, but we can assume it will execute activities that can be made as consistent as possible, such as picking products off a shelf at an Amazon warehouse or putting in bolts in a manufacturing plant. The number of home duties the robot could accomplish is still unknown.

The Tesla Bot’s head will be outfitted with autopilot cameras that will assist the robot is operating, sensing its environment, and seeing nearby objects by utilizing the screen for information.

The capability of Tesla Bot is its most distinguishing feature. Musk claims that the Tesla Bot will not be able to overpower or outrun humans. 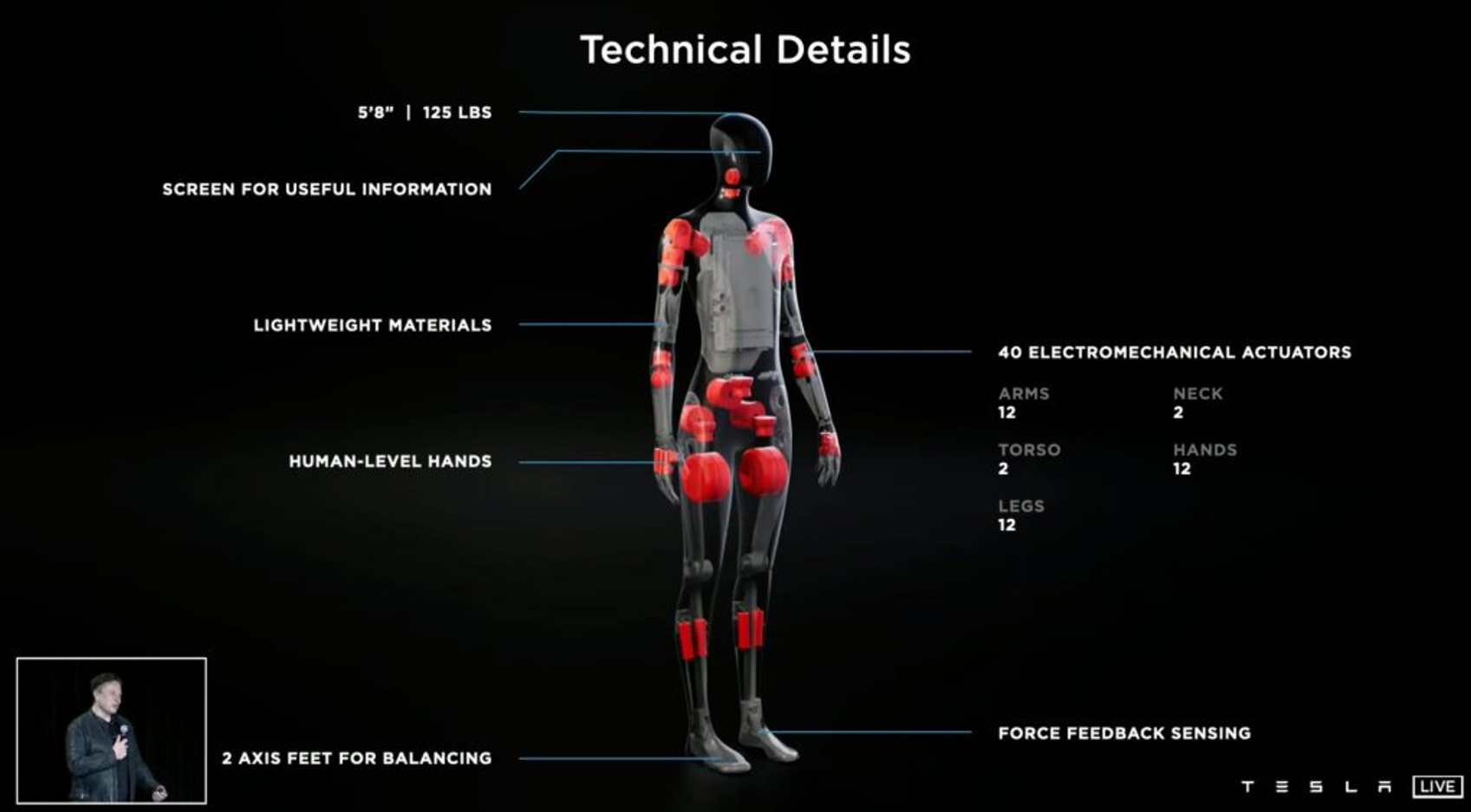 Autopilot cameras with AI, FSD computers, multi-cam video neural networks, auto-labeling, simulation and tools, and DOJO training will all be included in the Tesla Bot specs.

We don’t understand all of these concepts right now because Tesla hasn’t explained how they work with the Bot. Overall, it appears that Musk was well aware of the perils of creating a humanoid with the potential to grow formidable, analogous to the Avengers’ Ultron.

However, he sees Tesla Bots eventually displacing people in offices. According to the business, the Bot will be made of lightweight materials and will feature human-level hands and 2-axis feet for balance.

Humanoid robots like Tesla Bot will have a significant influence on the future of employment, particularly if human-robot collaboration becomes more frequent in areas such as manufacturing.

This is especially relevant now because COVID-19 has heightened the demand for supply chain resilience. The manufacturing business is under continual pressure to adapt to market changes, and with mass customization and increasing customer expectations, organizations must accomplish shorter product cycles.

Manufacturers must radically transform the way they make things in order to compete in the global market, and technology like the Tesla Bot is a huge step in that direction.

When it will be available?

Some people mistook Tesla’s announcement of a humanoid robot in August 2021 for a prank, especially because it was previewed by a dancing human costumed as the Tesla Bot. Aside from the strange start, Elon Musk seems serious about the robot, stating that a prototype will be developed in 2022.