Virtual reality (VR) technology allows users to fully immerse themselves in a virtual world and interact with it in a way that feels real. This is achieved through the use of VR headsets and other specialized equipment, such as motion controllers or haptic feedback devices.

One of the unique aspects of VR technology is its ability to create a sense of presence, or the feeling of being physically present in a virtual environment. This is achieved through the use of various techniques, such as high-resolution displays, spatial audio, and realistic motion tracking.

Additionally, VR technology has the power to completely transform a number of sectors, including entertainment, education, healthcare, and more.

VR can be used to develop immersive gaming experiences, training simulations for emergency response teams and the military, and even virtual therapy sessions for patients.

Gamers can now fully immerse themselves in a virtual environment and interact with it in a way that seems authentic thanks to advancements in VR gear.

Finding the finest VR games might be difficult because there are so many of them on the market.

However, we’ve put together a list of the top VR games on Steam if you’re a lover of VR games and want to test out some of the best ones available.

Beat Saber is a rhythm game that has taken the VR world by storm. It combines fast-paced sword combat with catchy music to create an exhilarating and addictive experience.

Players use motion controllers to slash through blocks representing musical beats with a pair of glowing swords. The game has a variety of different levels, each with its own unique soundtrack and challenges. Rec Room is a game that allows users to socialize with other players from all around the world. They get to explore and play via the enormous assortment of player-created chambers.

Players can also create their own unique rooms in the game and share them with other players to see. Half-Life: Alyx is a highly anticipated VR game set in the Half-Life universe. It’s a first-person shooter that puts players in the role of Alyx Vance, a resistance fighter fighting against an alien invasion.

The game features realistic physics and immersive gameplay, making it one of the most highly praised VR games to date. 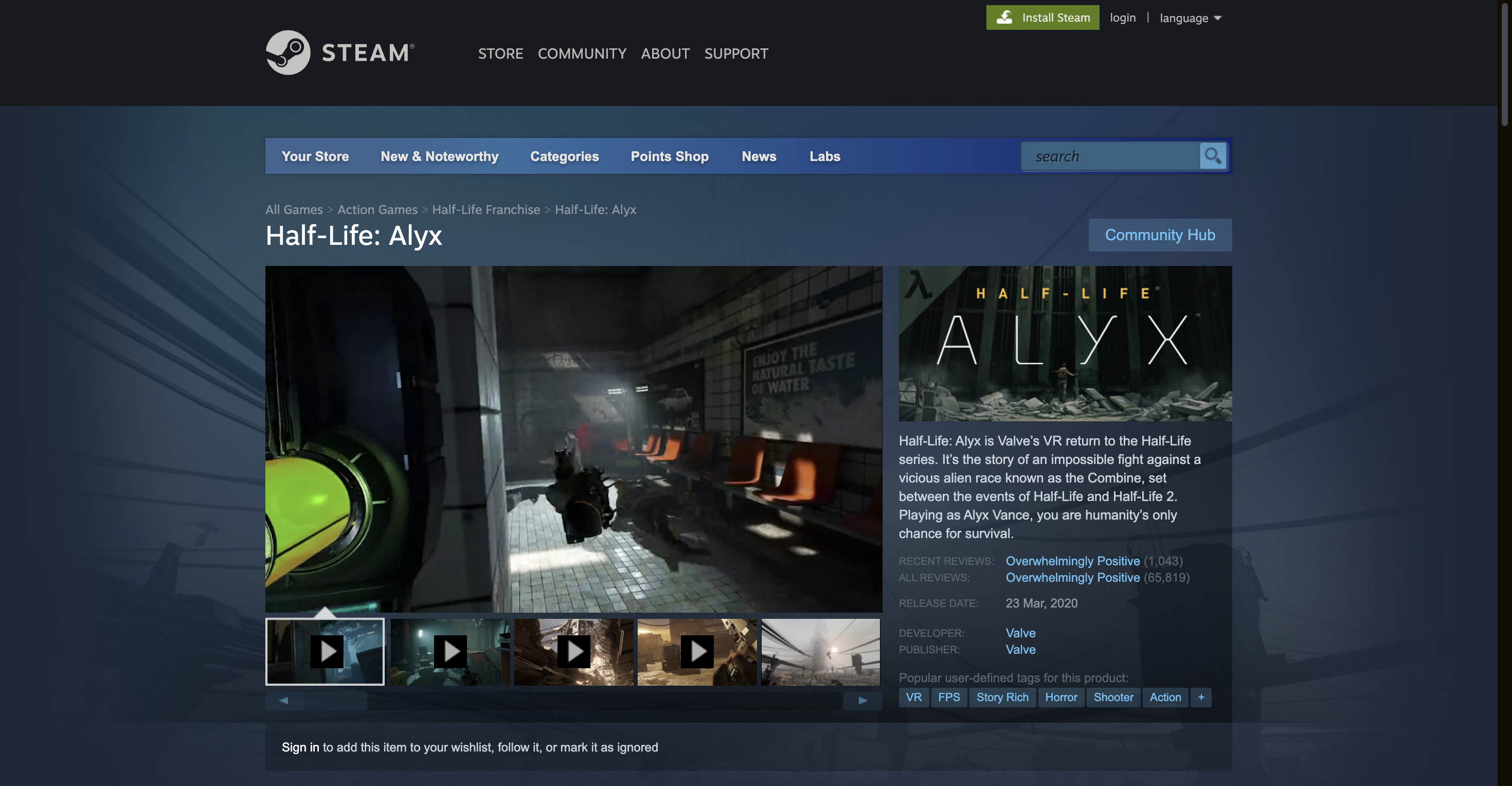 Boneworks is a physics-based VR game that allows players to interact with the environment in a realistic way. Players can pick up objects, solve puzzles, and even build structures using the game’s physics engine.

The game has a variety of levels and challenges, making it a great option for players who enjoy puzzles and physics-based gameplay. 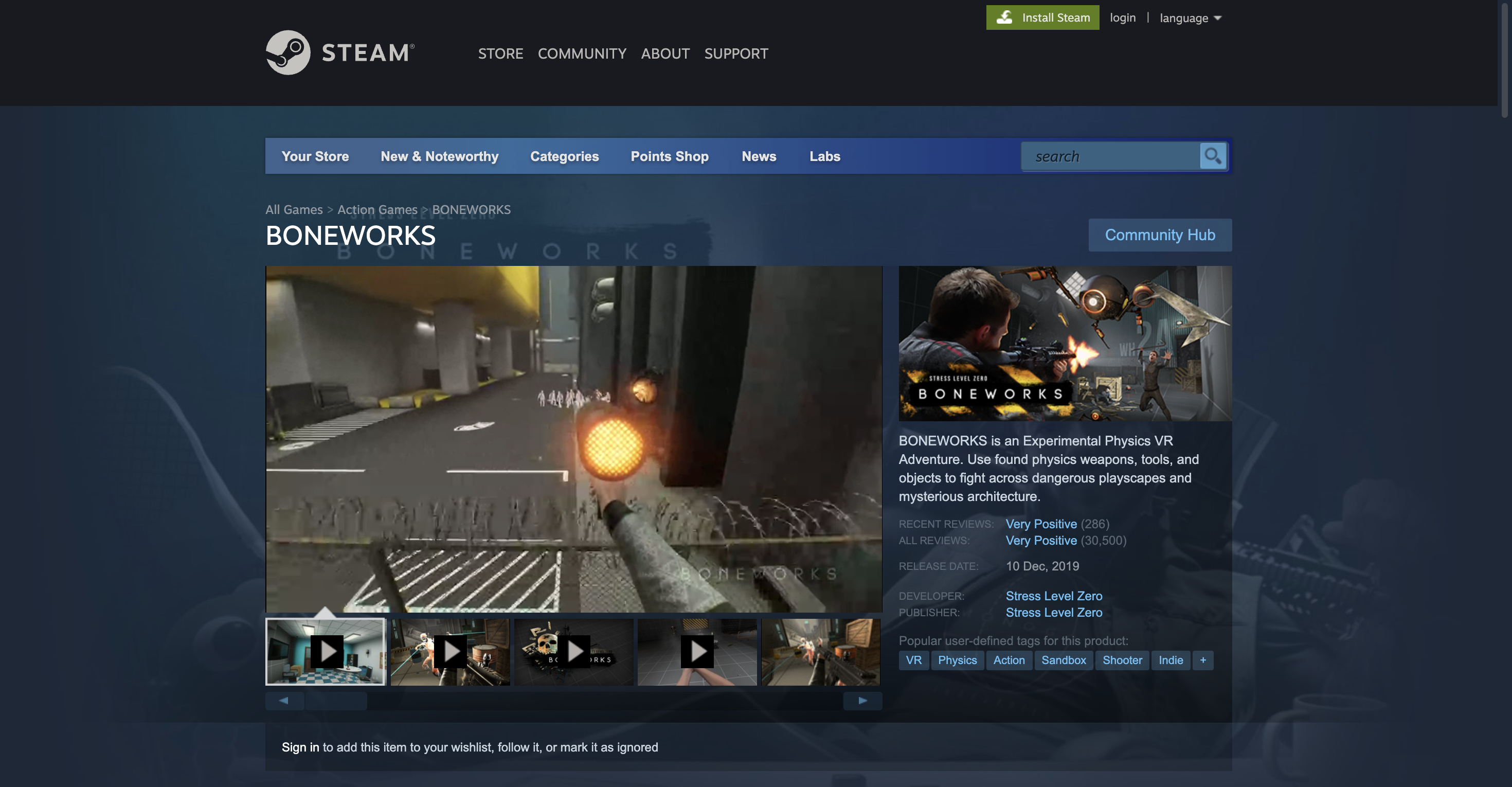 Wave Shooting and Horror Survival are combined in Propagation VR. Players are solely equipped with the tools they can find and the strength in their fists.

The players will need to use these resources to defeat hordes of zombies and other mutants that are eager to kill them. 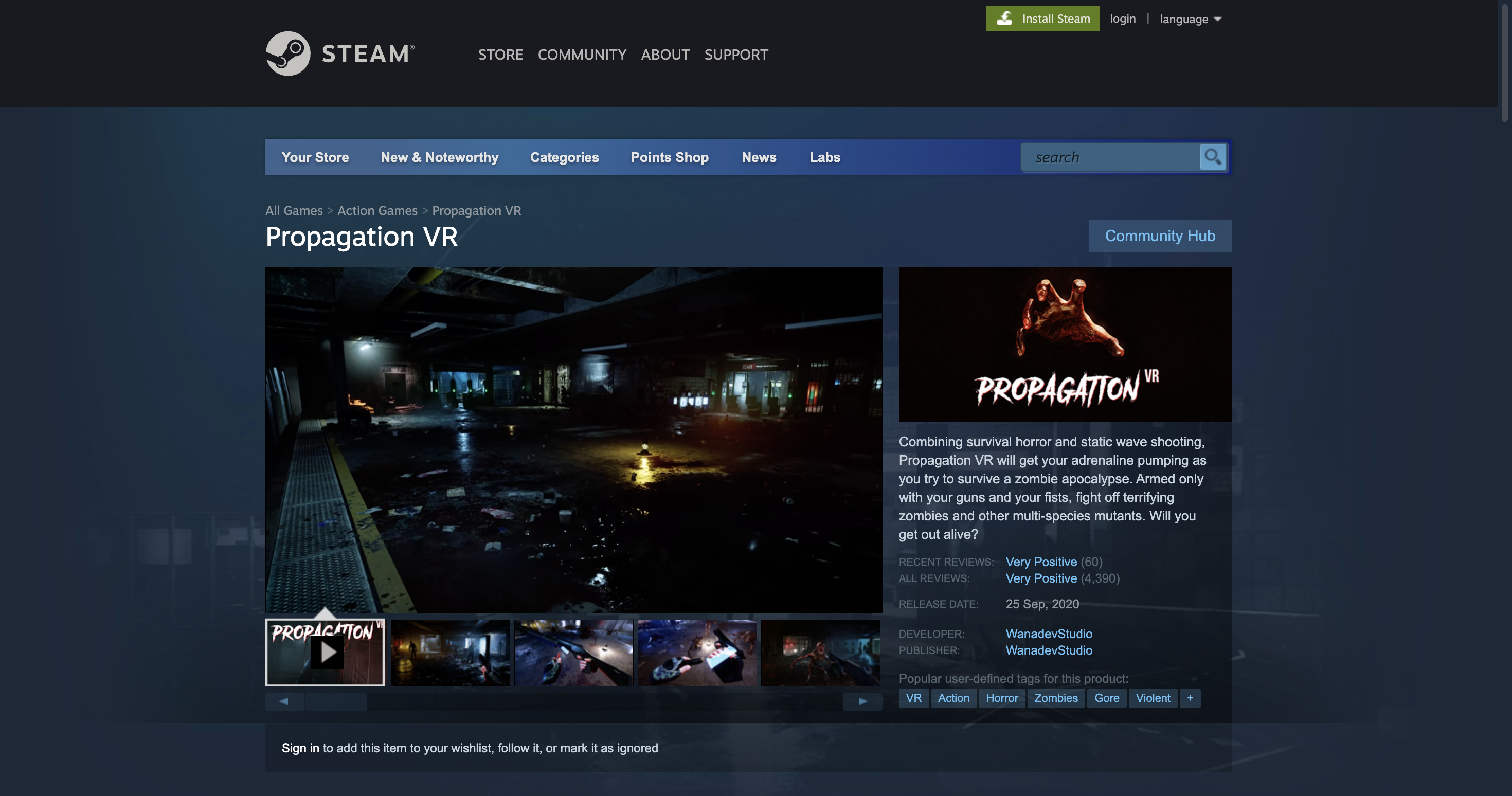 In this game, the player must continuously improve to surpass their previous best score. The players must maneuver through several cyberspaces and get rid of all the obstacles that stand in their way.

To obtain the maximum speed and continually improve your high score is the game’s main goal. 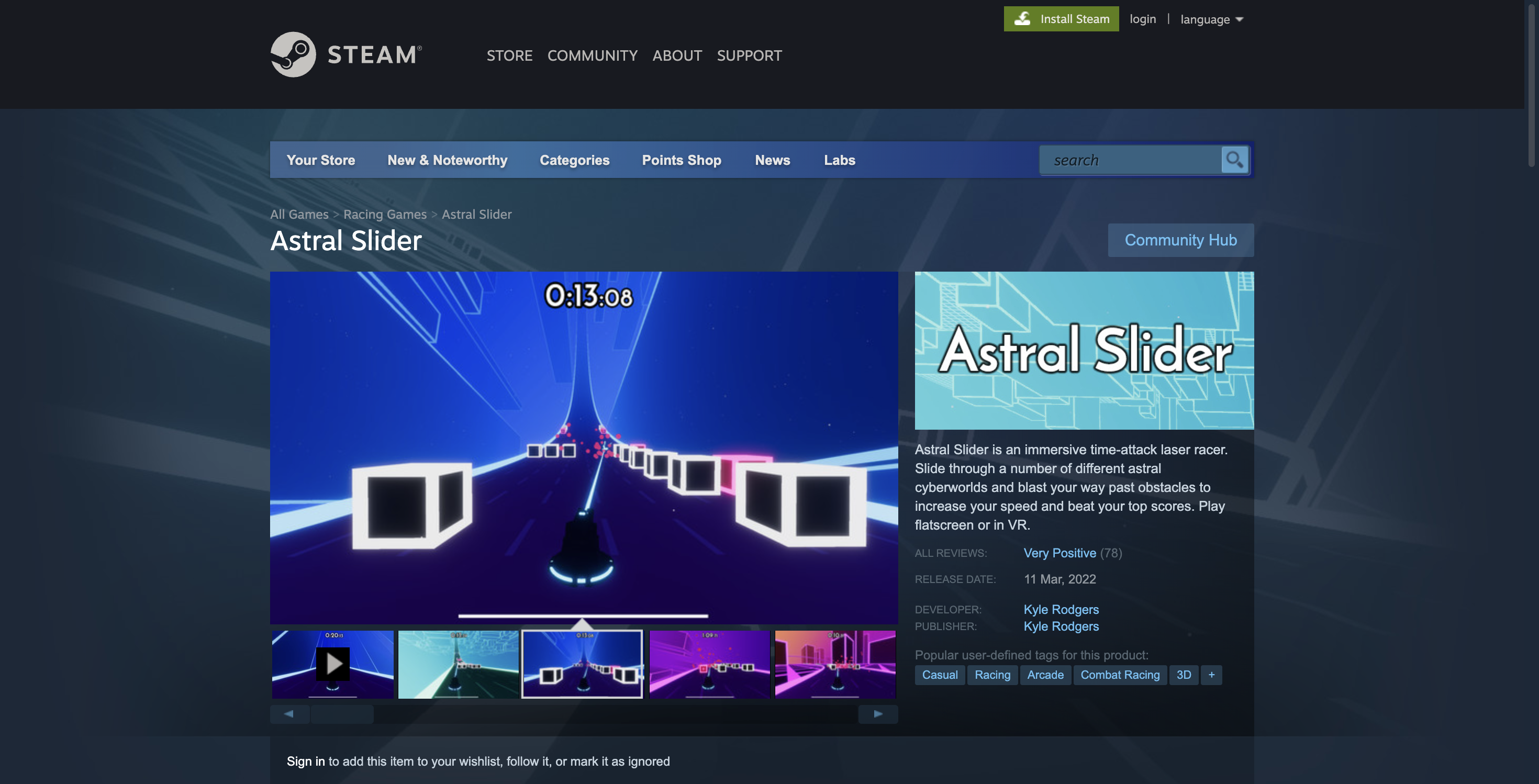 Superhot VR is a first-person shooter with a unique twist. Time only advances in this game when the player moves, allowing players to plan their actions in slow motion.

The game features a minimalist graphic design and a number of stages that grow progressively more difficult as players continue. 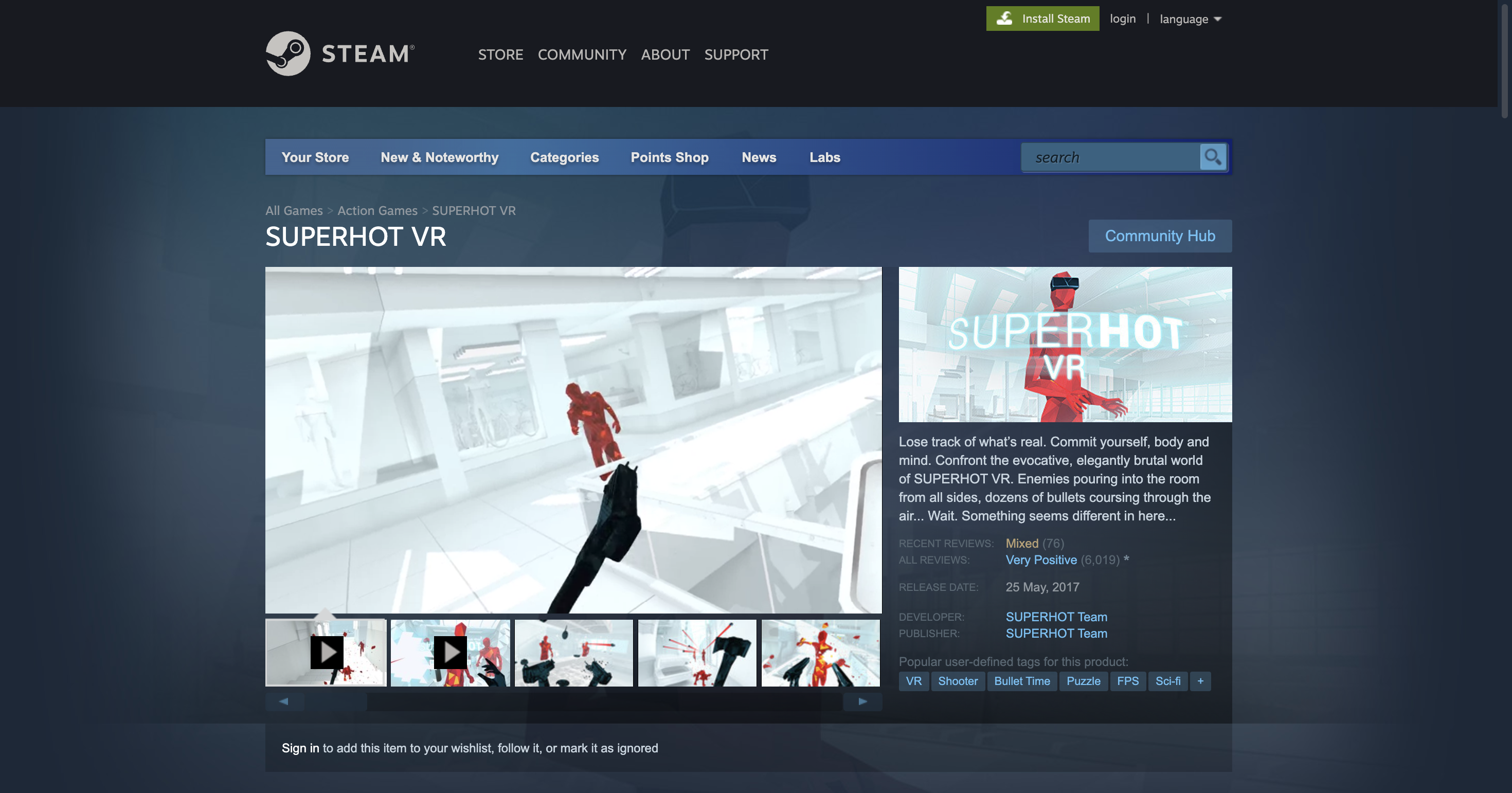 Fallout 4 VR is a virtual reality adaptation of the popular post-apocalyptic role-playing game. Players assume the role of a survivor in a post-nuclear war world, fighting for survival against raiders, mutant monsters, and other threats.

The game has a large open environment to explore as well as a number of missions and objectives to accomplish.

In this game, players must put on their VR headsets and experience their Bounty Hunter grandfather’s recollections from the Wild West. The game is full of shocking happenings, and it becomes increasingly crazier when they hear more stories from their grandfathers.

During that time period, the players get to combat large hordes of foes with various firearms. Dark comedy, steampunk, and cowboys are also featured in the game.

A virtual reality-enabled space exploration game is called No Man’s Sky. A vast galaxy full of randomly generated planets, each with its own vegetation and animals, can be explored by players.

Players can create groups and explore the galaxy together thanks to the game’s multiplayer functionality.

A large, randomly generated planet serves as the setting for the space simulation game Elite Dangerous. The game allows players to explore the galaxy, do business with extraterrestrial races, and engage in ship-to-ship warfare.

The game has a substantial amount of material that is regularly updated. 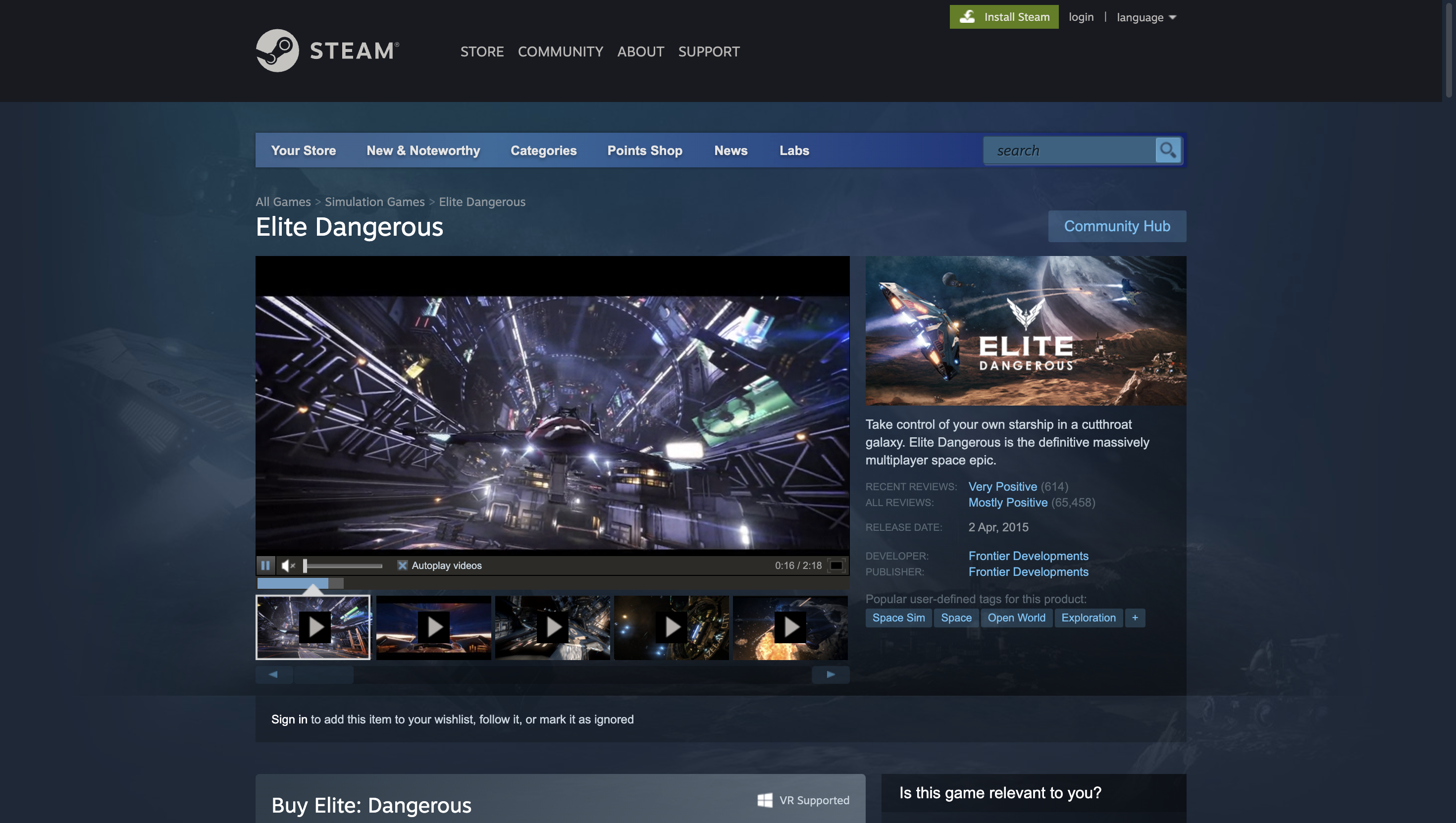 Using motion controllers to interact with the game’s landscapes and characters, players can completely immerse themselves in the world of Skyrim in the VR edition of the game. 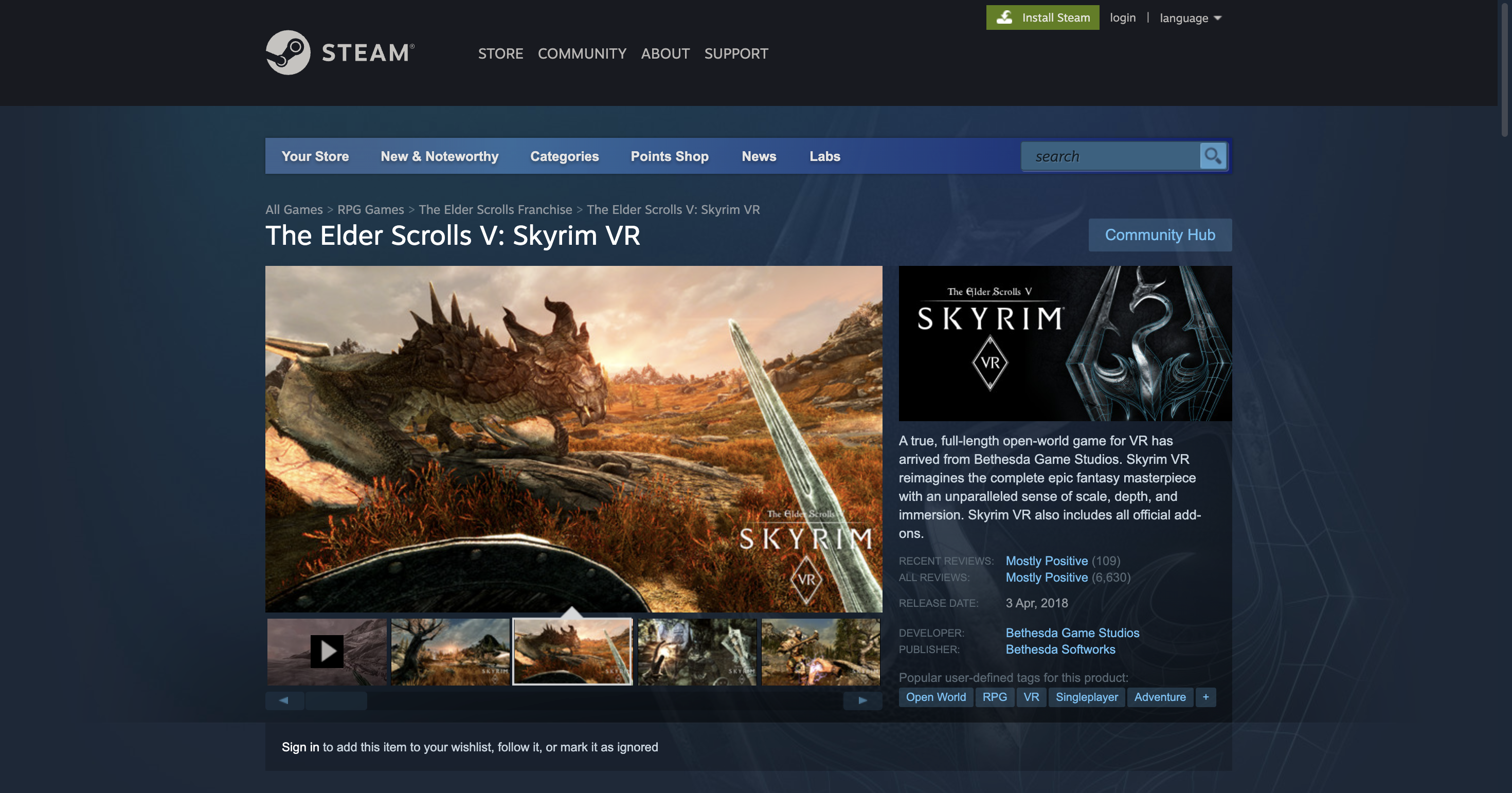 Vertigo Games created and released the first-person shooter Arizona Sunshine. Players in the game must use a range of weaponry to live as they move across a post-apocalyptic environment filled with zombies.

The VR version of the game raises the amount of immersion while playing. 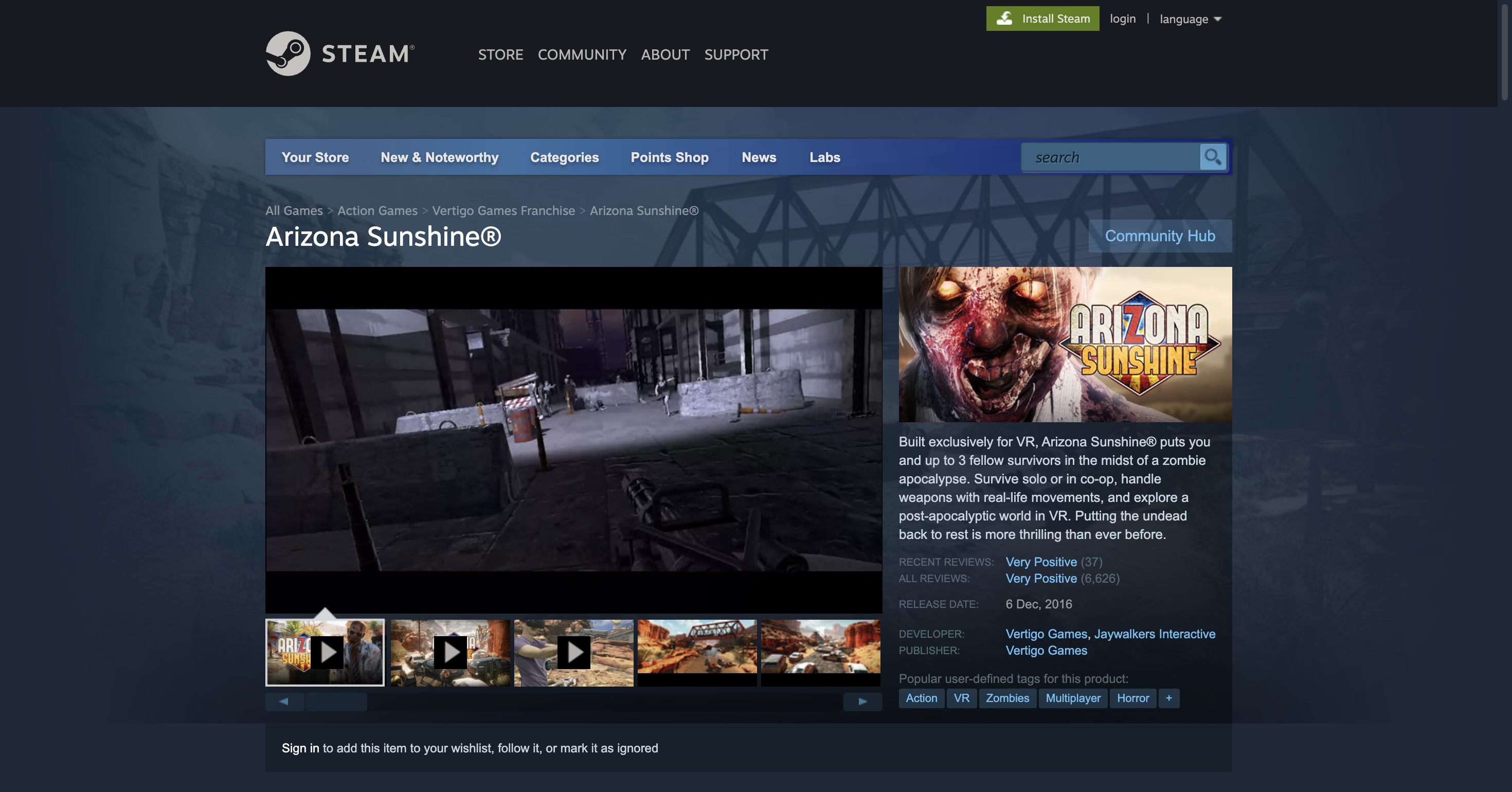 Onward is a first-person shooter that was developed and published by Downpour Interactive. In the game, participants assume the character of a soldier in a modern military setting and work together with their unit to complete missions. 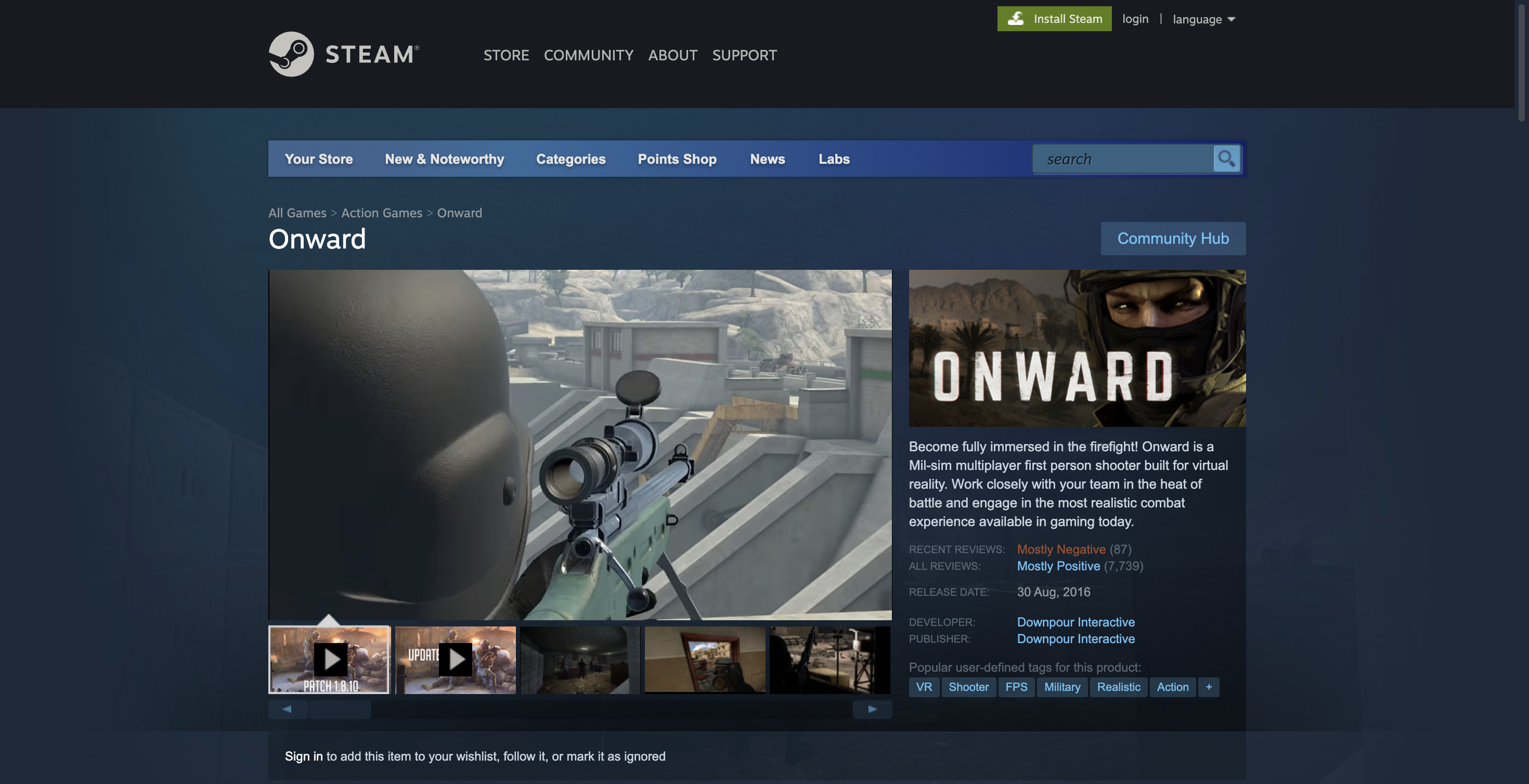 Sairento VR is a first-person action game created and released by Mixed Realms Pte Ltd. The game takes place in a futuristic version of Japan and lets players take on the role of a cyber ninja, defeating foes with a range of weapons and skills.

Sairento VR has fast-paced action and a variety of levels and settings to explore. 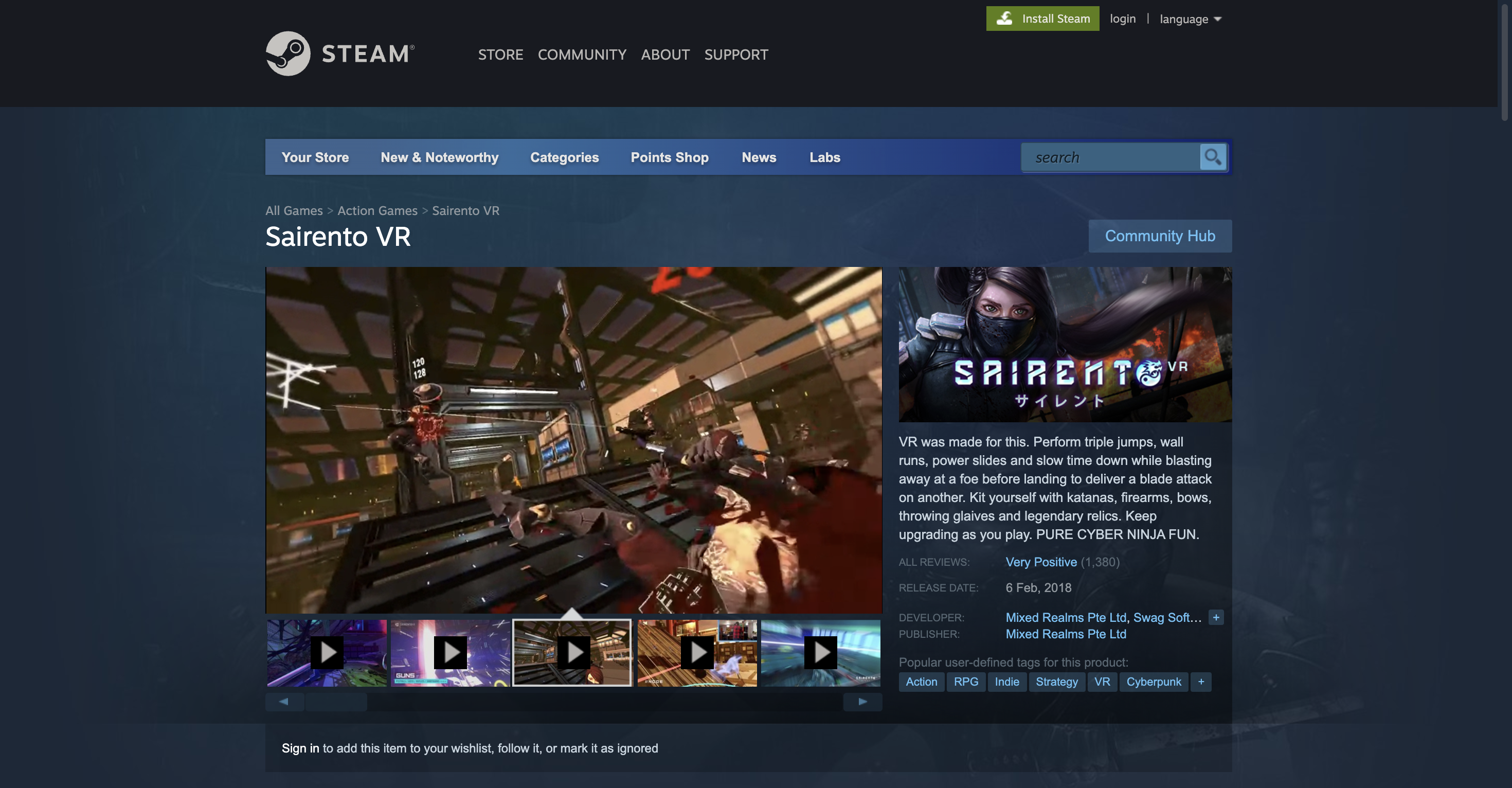 Virtual reality (VR) games have evolved a lot since the first VR gear was introduced, and there is now a large selection of VR games accessible on platforms such as Steam.

VR games allow players to fully immerse themselves in virtual worlds and enjoy gameplay in ways that traditional games do not allow.

From first-person shooters and rhythm games to open-world action role-playing games and social VR platforms, there is a VR game for almost every sort of player.

VR technology is continuously growing, and as it does, we should expect to see even more intriguing and inventive VR games in the future.