Digital transformation is changing the world faster than ever before. Learning about the key concepts of the digital age will become even more critical with the imminent arrival of another new wave of technology capable of transforming existing models with astonishing speed and power: quantum computing.

In this article, we compare the basic concepts of traditional computing and quantum computing, and also begin to explore their application in different areas.

What are quantum properties?

Throughout history, humans have developed technology as they have come to understand the workings of nature through science. Between the 1900s and 1930s, the study of some physical phenomena that were not yet well understood gave rise to a new physical theory: Quantum Mechanics. This theory describes and explains the workings of the microscopic world, the natural habitat of molecules, atoms and electrons.

Not only has it been able to explain these phenomena, but it has also made it possible to understand that subatomic reality works in a completely counter-intuitive, almost magical way, and that events take place in the microscopic world that do not occur in the macroscopic world.

Quantum computing is based on these quantum properties of subatomic nature.

In this case, today’s understanding of the microscopic world through Quantum Mechanics allows us to invent and design technologies capable of improving people’s lives. There are many different technologies that use quantum phenomena, and some of them, such as lasers or magnetic resonance imaging (MRI), have been around for more than half a century.

What is quantum computing?

To understand how quantum computers work, it is useful to first explain how the computers we use every day, referred to in this article as digital or classical computers, work. These, like all other electronic devices such as tablets or mobile phones, use bits as their fundamental units of memory. This means that programs and applications are encoded in bits, i.e. in a binary language of zeros and ones.

Every time we interact with any of these devices, for example by pressing a key on the keyboard, strings of zeros, and ones are created, destroyed and/or modified within the computer.

In a more simplified form, it is as if bits 0 and 1 correspond to holes, so that an empty hole is a bit 0 and a hole occupied by an electron is a bit 1. Now that we have an idea of how today’s computers work, let’s try to understand how quantum computers work.

From bits to qubits

However, and here lies the fundamental difference with classical computing, qubits can also be in any of an infinite number of intermediate states between 0 and 1, such as a state that is half 0 and half 1, or three quarters of 0 and one quarter of 1. This phenomenon is known as quantum superposition and is natural in quantum systems. 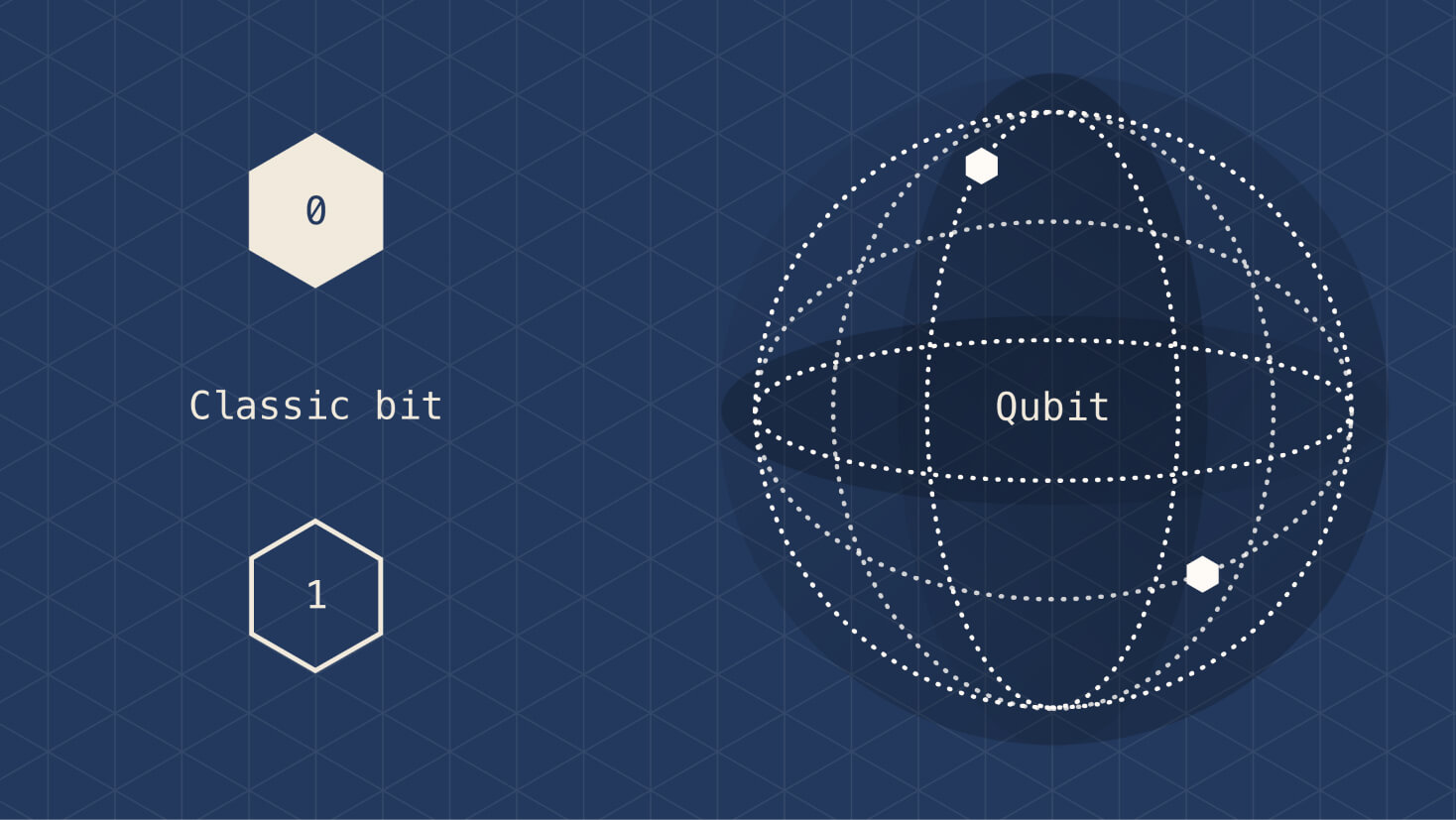 The purpose of quantum computers is to take advantage of these quantum properties of qubits, as quantum systems, to be able to run quantum algorithms that use superposition and entanglement to offer much greater processing power than classical ones.

It is important to point out that the real paradigm shift does not consist of doing the same thing that digital or classical computers -the current ones- do, but faster, as many articles erroneously claim, but rather that quantum algorithms allow certain operations to be performed in a totally different way; that often is more efficient -that is, in much less time or using far fewer computational resources-.

Let’s look at a concrete example of what this implies. Let’s imagine that we are in San Francisco and we want to know which is the best route to New York out of a million options for getting there (N=1,000,000). To be able to use computers to find the optimal route, we need to digitize 1,000,000 options, which implies translating them into bit language for the classical computer and into qubits for the quantum computer.

To understand the differences in computational capacity, with n qubits we can do the equivalent to what would be possible with 2n bits. It is often said that with about 270 qubits you could have more base states in a quantum computer – more different and simultaneous strings of characters – than the number of atoms in the universe, which is estimated to be about 280. Another example is that it is estimated that with a quantum computer of between 2000 and 2500 qubits you could break practically all the cryptography used today (known as public key cryptography).

As far as cryptography goes, there are numerous advantages to using quantum computing. If two systems are purely entangled, that means they are correlated with each other (i.e., when one changes, the other also changes) and no third party shares this correlation. 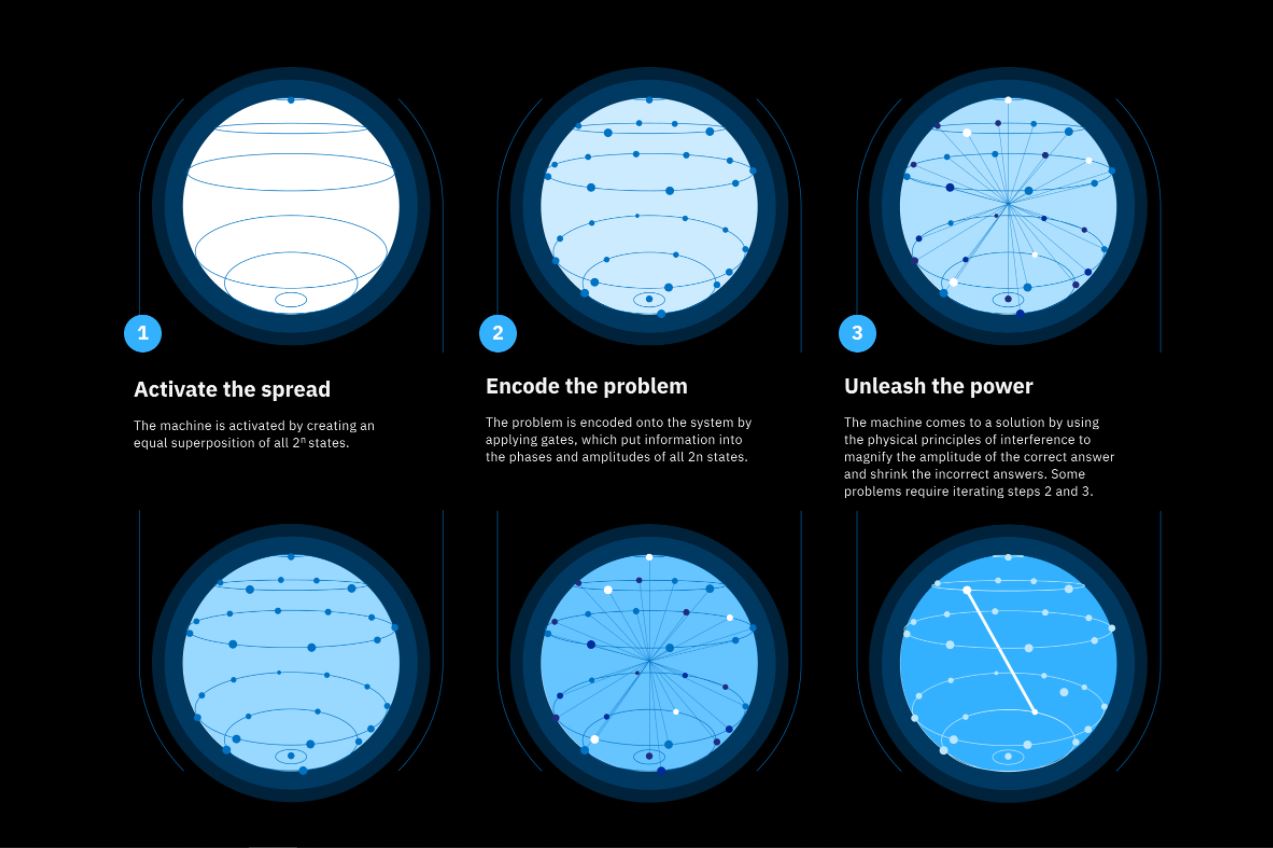 We are in a time of digital transformation in which different emerging technologies such as blockchain, artificial intelligence, drones, Internet of Things, virtual reality, 5G, 3D printers, robots or autonomous vehicles are increasingly present in multiple fields and sectors.

These technologies, which are set to improve the quality of human life by accelerating development and generating social impact, are currently advancing in parallel. Only rarely do we see companies developing products that exploit combinations of two or more of these technologies, such as blockchain and IoT or drones and artificial intelligence.

While they are destined to converge and thus generate exponentially greater impact, the early stage of development they are in and the scarcity of developers and people with technical backgrounds mean that convergences are still a pending task.

Due to their disruptive potential, quantum technologies are expected not only to converge with all these new technologies, but also to have a broad influence on virtually all of them. Quantum computing will threaten the authentication, exchange and secure storage of data, having a greater impact on those technologies in which cryptography plays a more relevant role, such as cybersecurity or blockchain.

Introduction to FinOps for Beginners