How Astronomers Use Neural Nets for Classifying Galaxies

The same technology that drives facial recognition and self-driving cars may soon be a key instrument in unlocking the hidden secrets of the universe.

Recent developments in observational astronomy have led to an explosion of data.

Powerful telescopes gather terabytes of data daily. To process that much data, scientists need to find new ways to automate various tasks in the field, such as measuring radiation and other celestial phenomena.

One particular task that astronomers are eager to speed up is the classification of galaxies. In this article, we will go over why classifying galaxies is so important and how researchers have started to rely on advanced machine learning techniques to scale up as the volume of data increases.

Why do we need to classify galaxies?

The classification of galaxies, known in the field as galaxy morphology, originated in the 18th century. During that time, Sir William Herschel observed that various ‘nebulae’ came in various forms. His son John Herschel improved on this classification by distinguishing between galactic nebulae and non-galactic nebulae. The latter of these two classifications are what we know and refer to as galaxies.

Towards the end of the 18th century, various astronomers speculated that these cosmic objects were “extra-galactic”, and that they lie outside our own Milky Way.

Hubble introduced a new classification of galaxies in 1925 with the introduction of the Hubble sequence, known informally as the Hubble tuning-fork diagram.

The study of galaxies gives us insight into several key mysteries of how the universe works. Researchers have used the different forms of galaxies to theorize about the star formation process. Using simulations, scientists have also tried to model how galaxies themselves form into the shapes that we observe today.

The researchers used a large dataset of images obtained from the Subaru/Hyper Suprime-Cam (HSC) Survey. Using their technique, they could classify galaxies into S-wise spirals, Z-wise spirals, and non-spirals. 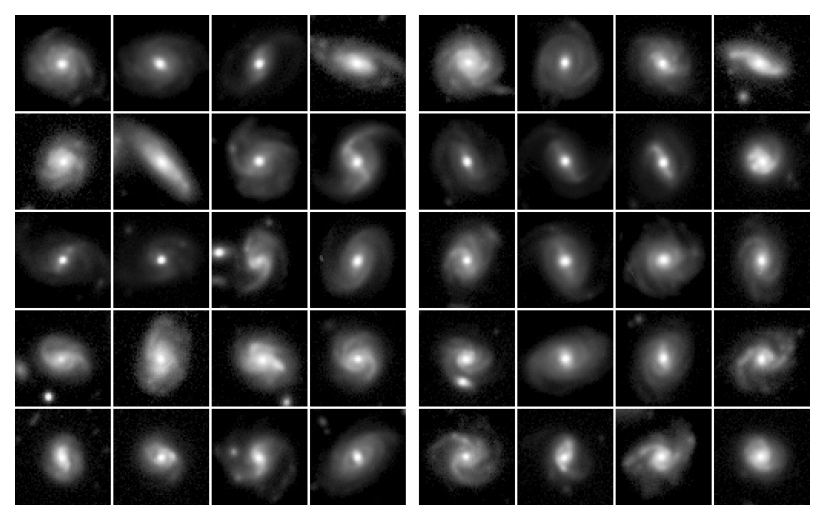 Their research demonstrated the advantages of combining big data from telescopes with deep learning techniques. Because of neural nets, astronomers can now try classifying other types of morphology such as bars, mergers, and strongly lensed objects. For example, related research from M.K. Cavanagh and K. Bekki used CNNs to investigate bar formations in merging galaxies.

The scientists from the NAOJ relied on convolutional neural networks or CNNs to classify images. Since 2015, CNNs have become an extremely accurate technique to classify certain objects. Real-world applications for CNNs include face detection in images, self-driving cars, handwritten character recognition, and medical imagery analysis.

But how does a CNN work?

CNN belongs to a class of machine learning techniques known as a classifier. Classifiers can take certain input and output a data point. For example, a street sign classifier will be able to take in an image and output whether the image is a street sign or not.

A CNN is an example of a neural network. These neural networks are composed of neurons organized into layers. During the training phase, these neurons are tuned to adapt specific weights and biases that will help solve the classification problem required.

When a neural network receives an image, it takes in small areas of the image rather than everything as a whole, Each individual neuron interacts with other neurons as it takes in various sections of the main image.

The presence of convolutional layers makes CNN different from other neural networks. These layers scan overlapping blocks of pixels with the goal of identifying features from the input image. Since we connect neurons that are close together, the network will have an easier time understanding the picture as the input data passes through each layer.

When used in classifying galaxies, CNNs break down an image of a galaxy into smaller “patches”. Using a bit of math, the first hidden layer will try to solve whether the patch contains a line or curve. Further layers will try to solve increasingly complex questions such as whether the patch contains a feature of a spiral galaxy, such as the presence of an arm.

While it is relatively easy to determine whether a section of an image contains a straight line, it becomes increasingly complex to ask whether the image shows a spiral galaxy, let alone what type of spiral galaxy.

With neural networks, the classifier starts with random rules and criteria. These rules slowly become more and more precise and relevant to the problem we’re trying to solve. By the end of the training phase, the neural network should now have a good idea of what features to look for in an image.

Scientists studying astronomy often collaborate with citizen scientists to help make more important scientific discoveries. NASA maintains a list of dozens of citizen science projects to which anyone with a cellphone or laptop can contribute. 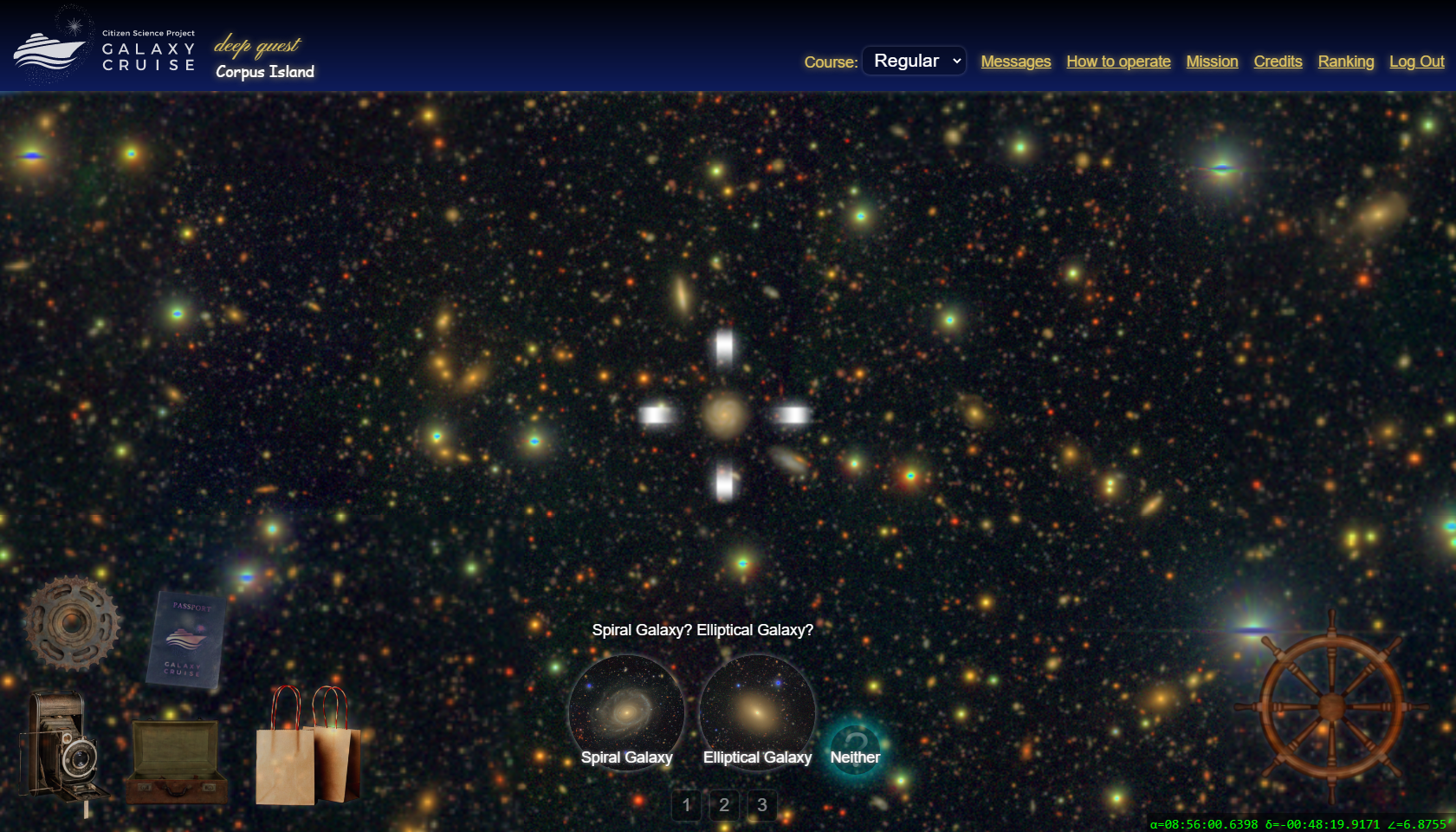 The National Astronomical Observatory of Japan has also put up a citizen science project known as Galaxy Cruise.  The initiative trains volunteers to classify galaxies and look for signs of potential collisions between galaxies. Another citizen project called Galaxy Zoo has already received over 50 million classifications in just the first year of launch. 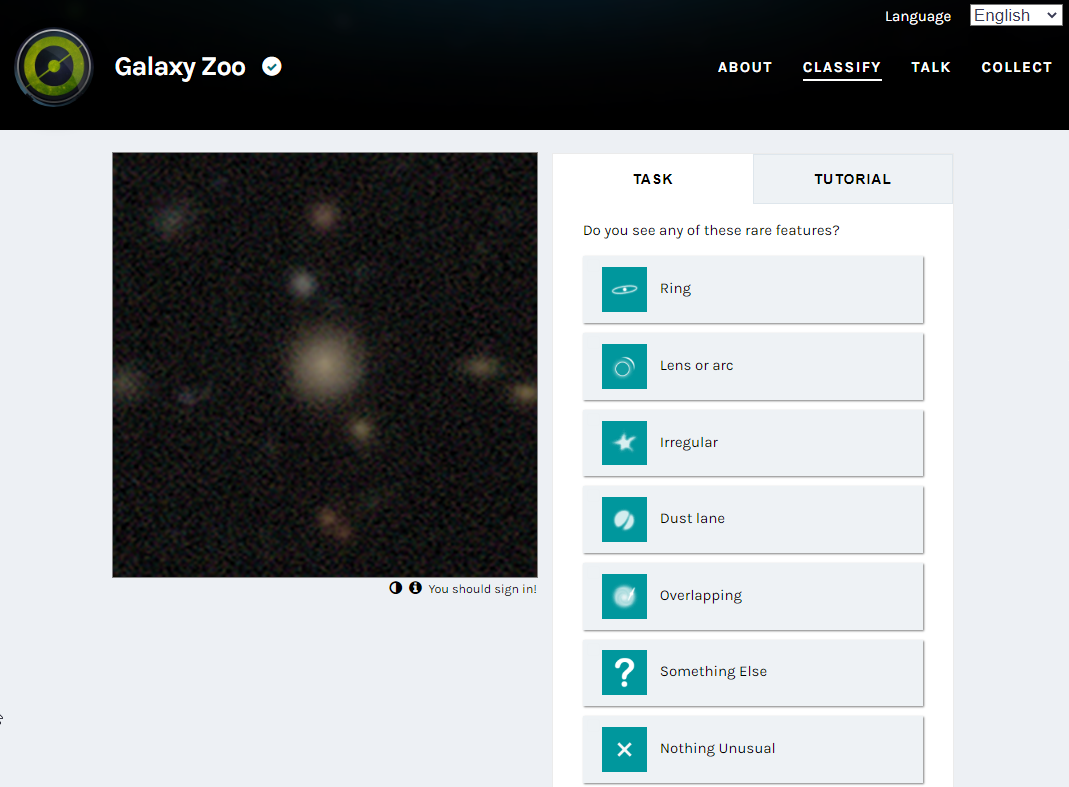 Neural network techniques are becoming increasingly popular in the field of astronomy. The launch of NASA’s James Webb Space Telescope in 2021 promises a new era of observational astronomy. The telescope has already collected terabytes of data, with possibly thousands more on the way in its five-year mission lifetime.

Classifying galaxies is just one of many potential tasks that can be scaled up with ML. With space data processing becoming its own Big Data problem, researchers must employ advanced machine learning fully to understand the big picture.