Best OpenAI GPT-3 Alternatives You Can Use to Generate Text

Large language models are some of the most impressive recent developments in the field of natural language programming and neural networks.

OpenAI’s GPT-3 stands out as one of the best-performing models out there. The model’s output is often times indistinguishable from text coming from humans.

However, GPT-3 is still a closed-source model. While incredibly powerful, there are certain limitations that might make it unsuitable for certain use cases.

In this article, we will go over a few large language models that can compete with GPT-3’s raw performance.

Why Look for an OpenAI GPT-3 Alternative? 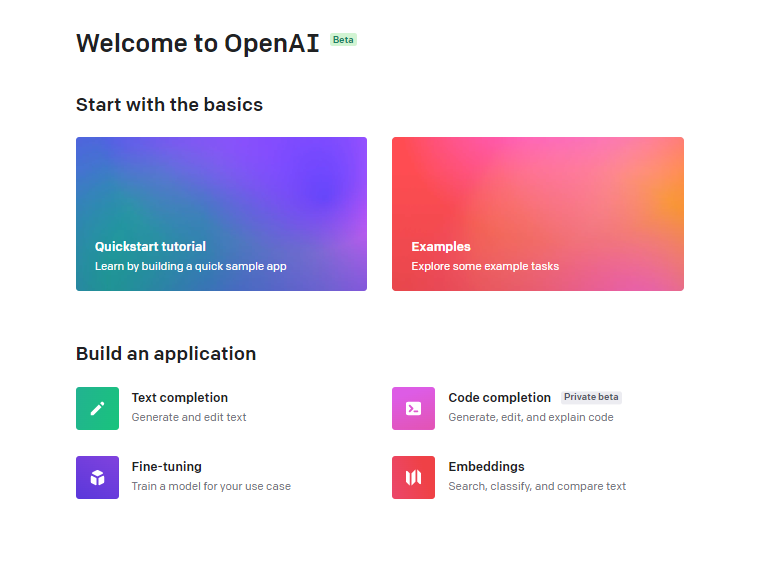 The model was initially released as a closed beta before OpenAI eventually opened the API to the public in late 2021.

OpenAI also requires the developer to follow their own usage guidelines. The developer will also provide a limited usage quota that can be increased once the developer’s application is approved through a manual review process.

While the GPT-3 output is well-known for its high-quality output, it is not the only language prediction model available for you to use.

Let’s go over some competing models you can use as an alternative to GPT-3.

GPT-J is an open-source language model by the Eleuther AI group.

The zero-shot performance is roughly on par with GPT-3 and is much closer in performance than many other GPT implementations.

The 6-billion parameter autoregressive text generation model has been trained on a data set known as “The Pile”.

The Pile is actually a combination of 22 smaller datasets combined together. It has a combined file size of 825 GiB and has been observed to have a greater emphasis on academic and professional sources.

You can test out the model yourself through this free web application.

I was able to test out the model with a simple prompt. GPT-J succeeded in enumerating the “best ways to learn a new language today”. 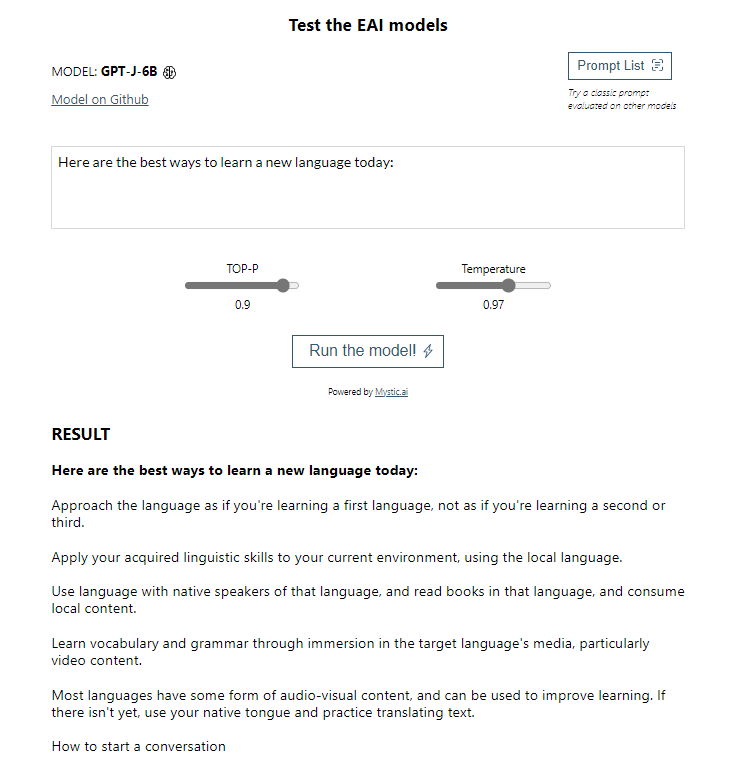 However, the performance is somewhat spotty when I tried to ask it to explain what an autoregressive text generation model was.

While the output made sense, it did not actually answer the prompt in a meaningful way.

Since GPT-J is an open-source model, you could actually run your own instance yourself. According to the official repository, the model is designed to run on a tensor processing unit (TPU). While optimal, this may not be the most cost-effective option since Google’s cheapest cloud TPUs cost about $4.50/hour.

It might be less expensive in the long run to use your own GPU or rent a dedicated GPU server through services like Vast.ai or FluidStack.

Jurassic-1 is a language model released by AI21 Labs, an Israeli AI company that specializes in NLP. Like OpenAI, they also offer an API that allows you to access their language model. 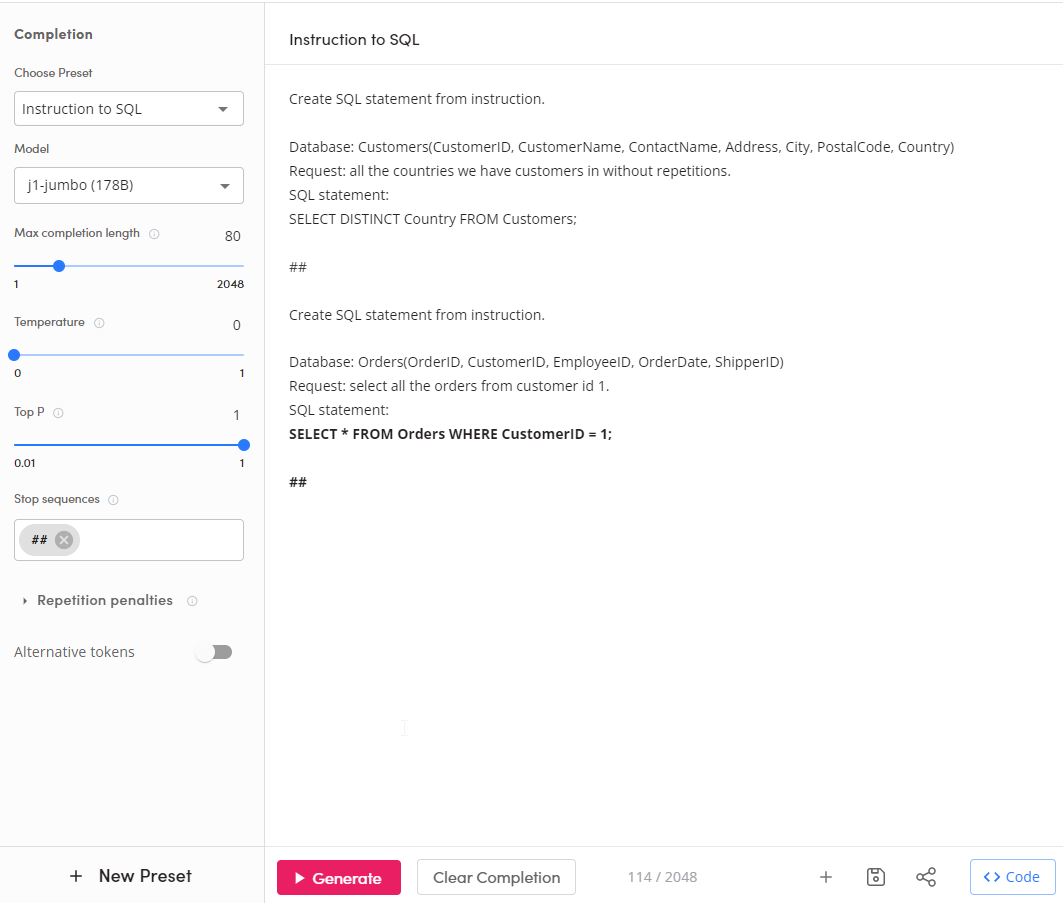 The AI21 Studio also includes a feature where you can train and query your own custom versions of their Jurassic-1 models. According to an official blog post, custom models with as few as fifty examples can outperform prompt engineering using the original model.

They offer flexible usage-based pricing for each of their three base models. For example, they charge $0.25 for every 1000 tokens generated by the model. On average, each token is approximately 1 word or six characters. 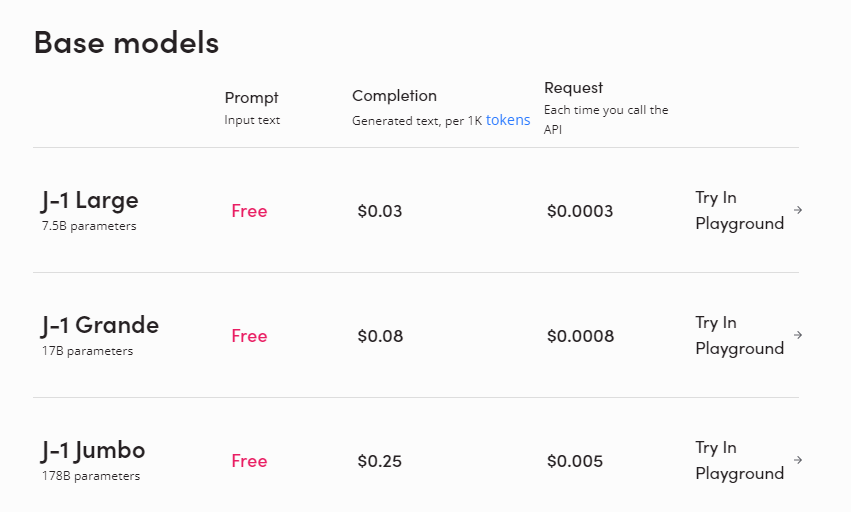 This means that you can use AI21’s best model to create a 4000-word document for only $1. One thing you need to remember however is that you still need to pay a minimum of $29 every month to use the model.

TextSynth is another NLP web service that you can use to generate text. Unlike the previous two examples, TextSynth is not a standalone model. The service works by giving the user access to various other open-source large language models like GPT-NeoX, M2M100 and even GPT-J.

Developers can use their REST API to integrate the language models into their own applications. You can try checking out their free playground page to see how each available model performs.

Their free plan gives you access to all their language models with some rate limits. The service restricts each request to a length of 200 tokens.

The standard plan removes the limitation on the number of generated tokens. The pricing model is credit-based to avoid unexpected expenses. The minimum number of credits to purchase is $20. Unused credits are invalid after a year. 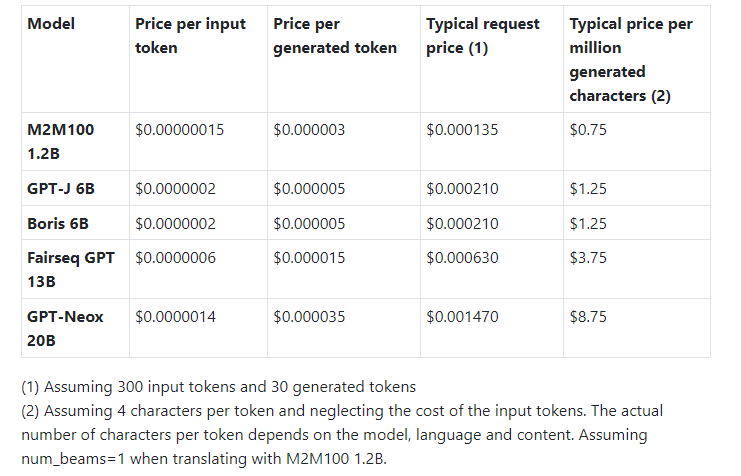 The price of each request is based on the number of input and generated tokens. Based on the table on their official website, you can expect to pay about $0.75 to $1.25 for using their cheaper models.

Hopefully, this article can help you find an affordable and effective language model you can use as an OpenAI GPT-3 alternative.

Large language models are very powerful and can be used for a variety of tasks. They can be used to generate text, translate between languages, and understand and respond to natural language.

Based on my research in the space and the tests I’ve conducted, GPT-3 still outperforms every other large language model I’ve tried. However, this could change in the future as reseearchers develop and release new models.

Researchers at Google, Facebook, and other AI laboratories will still continue to work on advancing their own LMMs. It’s certainly possible that one of these AI teams will come out with a model superior to GPT-3.