What is Extended Reality?

New technologies have completely changed our environment and our interactions with the world. In recent years the term extended reality seems to have taken over the scene. To a certain extent, it has blurred the lines between other terms such as virtual, augmented, and mixed reality. We will explore how these concepts interact with each other and how they may impact our lives in the future.

What is Extended Reality (XR)?

A Pokémon that appears on our screen and crosses our path in the street? A 360° tour of a property for sale in another country? A coloring book whose figures appear in 3D once they have been painted? These are all examples of extended reality.

The extended reality, abbreviated as XR, is the general name given to technologies that create computer-generated environments and objects. This concept encompasses both the forms of XR that have already been developed and those that will be established in the future. The various technologies are differentiated and defined primarily by the relationship between the real and virtual worlds.

While with augmented reality users perceive virtual objects as an extension of the real world, with virtual reality they are immersed in a purely virtual world. Another defining feature of extended reality is that it is an immersive technology in all its forms.

Augmented Reality: An Extension of Reality

Augmented reality (abbreviated as AR) technology incorporates virtual objects and data into the real world and thus extends or augments it. The virtual elements can be images, text, or animations. In any case, with augmented reality, the real environment is still perceived as predominant. The user’s interaction with virtual objects is limited to non-existent.

Augmented reality is so far the most widely used form of extended reality. Its success is mainly justified by the fact that the technical requirements are minimal. With a simple smartphone, tablet or computer, augmented reality can already be enjoyed, making it easily accessible to end-users. In addition, there are special AR glasses that project virtual objects in front of the wearer’s eyes. In this case, the outside world remains visible.

A particularly well-known and successful example of augmented reality is the game Pokémon Go, which is available as an app for iOS and Apple. It ranks among the most popular games for mobile devices and is, with revenues in excess of one billion euros, the most successful AR game to date.

In Pokémon Go, the mobile device displays digital figures (Pokémons) in the real world and thus extends reality. Augmented reality has also found its way into our lives on social media: with filters, users supplement their photos or videos with virtual objects such as hats, sunglasses, or even make-up, for example. 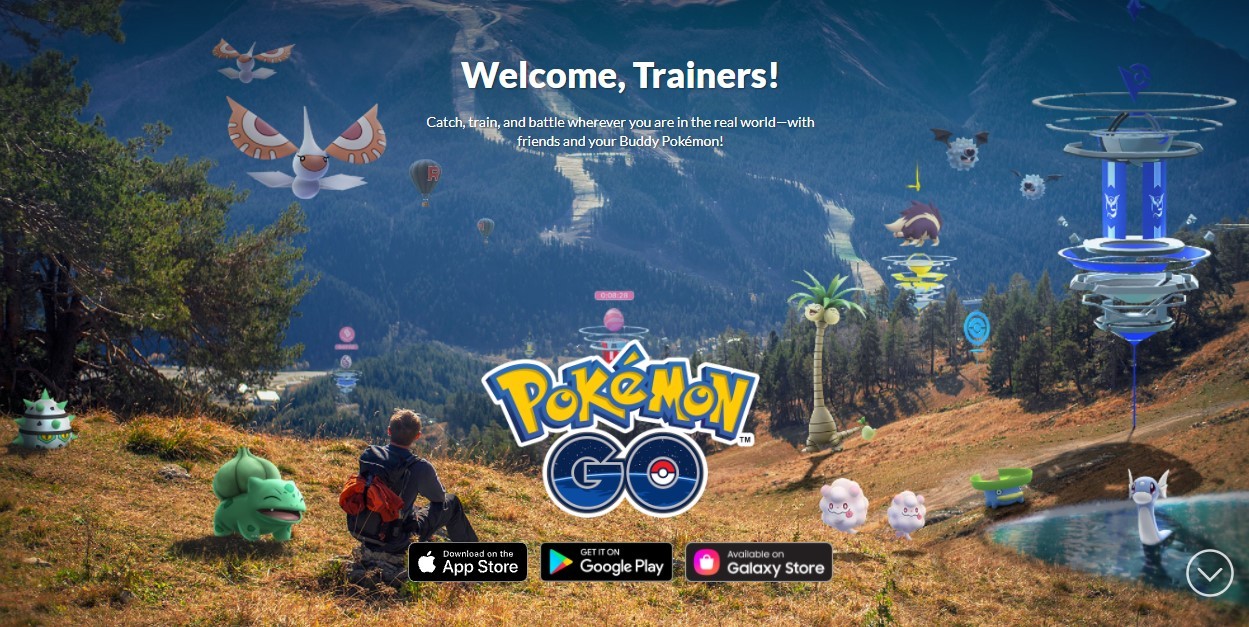 Virtual reality, abbreviated as VR, achieves a 360° environment generated entirely by computer. Users are fully immersed in the virtual world and interact with it while the real world disappears.

In contrast to augmented reality, special equipment is required for this XR or extended reality technology. With a virtual reality headset, users perceive the virtual world visually, while the real world disappears completely and remains hidden during use. Thanks to the closed system, the degree of immersion is particularly high and allows the user to fully immerse themselves in the virtual world. In general, these devices require a connection to a computer. The best-known example of a VR headset is the Oculus Rift.

The following video provides a good summary of the differences between virtual and augmented reality.

Mixed reality, abbreviated as MR, combines elements of AR and VR in a practical way. In this case, it is the most modern and complex immersive technology. This form of extended reality links the real world with virtual environments and creates a new context. The user interacts with both the real and the virtual environment at the same time, and physical objects in the real world influence the digital elements. The use of this technology requires an MR headset and particularly high processor power.

An example of a mixed reality device is Microsoft’s HoloLens, introduced in 2015. These glasses display 3D objects close to the user through a transparent display. The display of the equipment has integrated sensors, speakers, and its own processor. Nothing else is required for use.

The Applications of Extended Reality

The extended reality market is continuously growing. At the moment, the entertainment industry is the main pioneer and is investing in the development and expansion of technology. However, XR and its range of application possibilities are also gaining importance in other sectors, such as medicine, the military, industry, and tourism.

1. The Entertainment Industry: From Video Games to Events

In the entertainment industry, the most common field of application of extended reality is video games. This is because this industry discovered the advantages of VR technology relatively early on and made it available to its customers. However, the new technologies also offer endless possibilities for music or sporting events.

Interested parties could attend events from home with few requirements beyond an internet connection and, thanks to extended reality and a virtual environment, experience these events as if they were actually in the concert hall or theatre. In this way, event organizers could increase their ticket quotas dramatically.

In this sector, extended reality offers a great advantage for companies and customers: those interested in a flat or a house can visit the property comfortably from their homes, which facilitates the work of real estate agents and owners. In addition, when planning the construction or renovation of a property, this technology allows architects and designers to make their ideas visible. 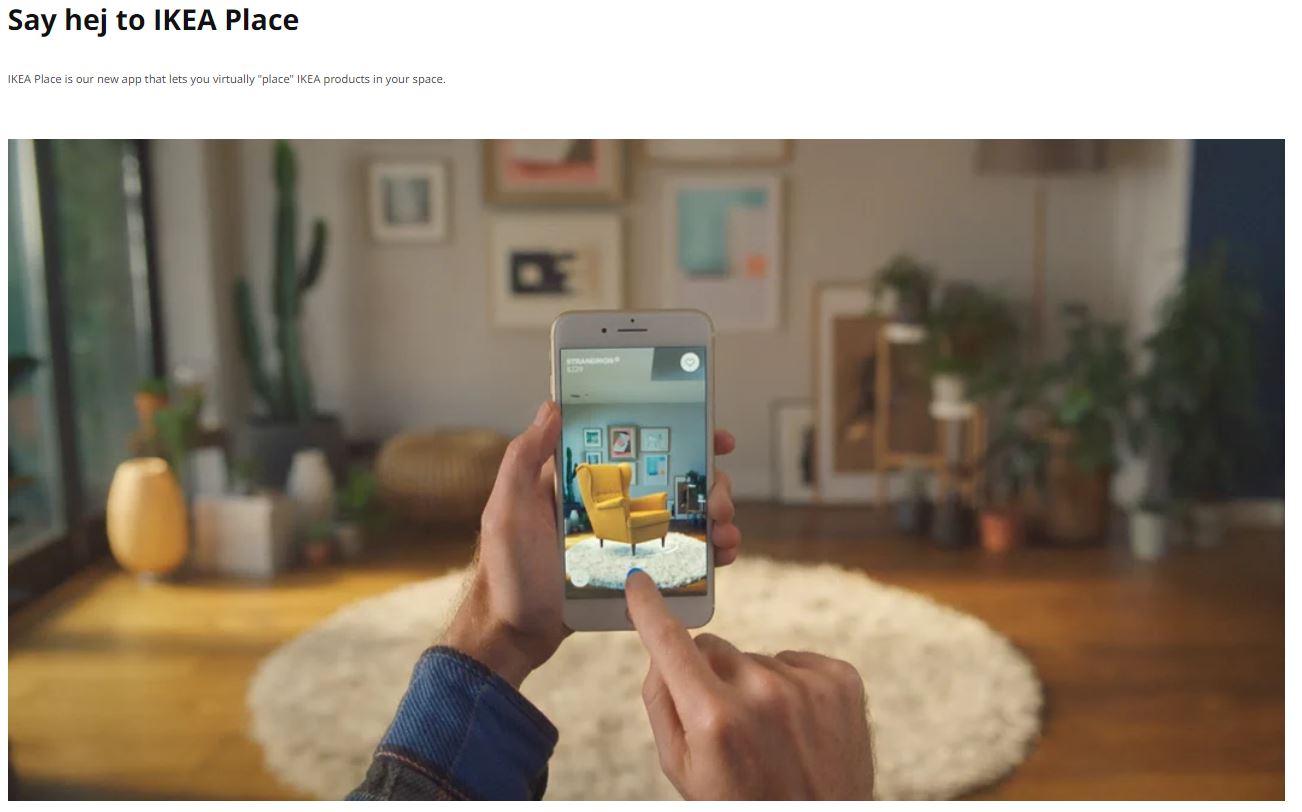 Using extended reality, companies can let potential customers try their products before they buy them. Immersive technologies bring added value, especially to digital shops. When shopping online, the customer usually does not have the possibility to see the product live or touch it before finalizing the purchase. Thanks to XR, it is now at least possible to see the product in its virtual version.

Armed forces, medical personnel, pilots, or astronauts: many professional groups can hardly train in dangerous situations without endangering other people. By using XR technology, they would have the possibility to experience such situations in a safe environment in order to practice their behavior and prepare themselves adequately.

The Challenges of XR

Some augmented reality applications are already parts of our daily lives, such as the Pokémon Go app or the filters used in social networks. The use of virtual reality is progressing especially in the field of video games, although the technical requirements are still an obstacle on the road to success. The use of mixed reality, on the other hand, is mostly limited to businesses.

For all of the above-mentioned forms of extended reality to find their place in everyday life, a number of challenges still need to be overcome. Mainly, they relate to high costs in developing the underlying technology and the devices required to take advantage of it (VR headsets/glasses, high-end smartphones/computers). Over time, however, innovation in this field will surely make it accessible to anyone.

XR is the promise of the future of immersive technologies. As these technologies and the market matures, it will be easier to access them, move from one to the other and mix them, as they will end up converging into a single one that we do not differentiate, and which we will probably access from the same device.