A protocol called TCP Flow Control was created to control the data flow between the user and the server.

It makes sure that a certain amount of bandwidth is available for sending and receiving data so that processing can proceed without encountering any serious problems.

The TCP protocol makes use of a method known as the sliding window protocol to accomplish this.

We’ll take a deep look at TCP flow control in this piece, including how it functions and, most crucially, the sliding window protocol.

What is TCP Flow Control?

The TCP protocol ensures that a reliable communication channel can be established across an unpredictable network.

Data packets can get lost, arrive out of sequence, get backed up in the network, or get overloaded on the receiving node as they are being sent from one node to another.

However, while developing an application, we typically don’t have to deal with this complexity; instead, we just send some data to a socket, and TCP ensures that the packets are successfully delivered to the recipient node.

Flow Control is a crucial additional feature that TCP offers.

Through the use of flow control, TCP will essentially make sure that a sender is not sending a receiver too many packets at once.

This usually occurs when we need to communicate data over a network. 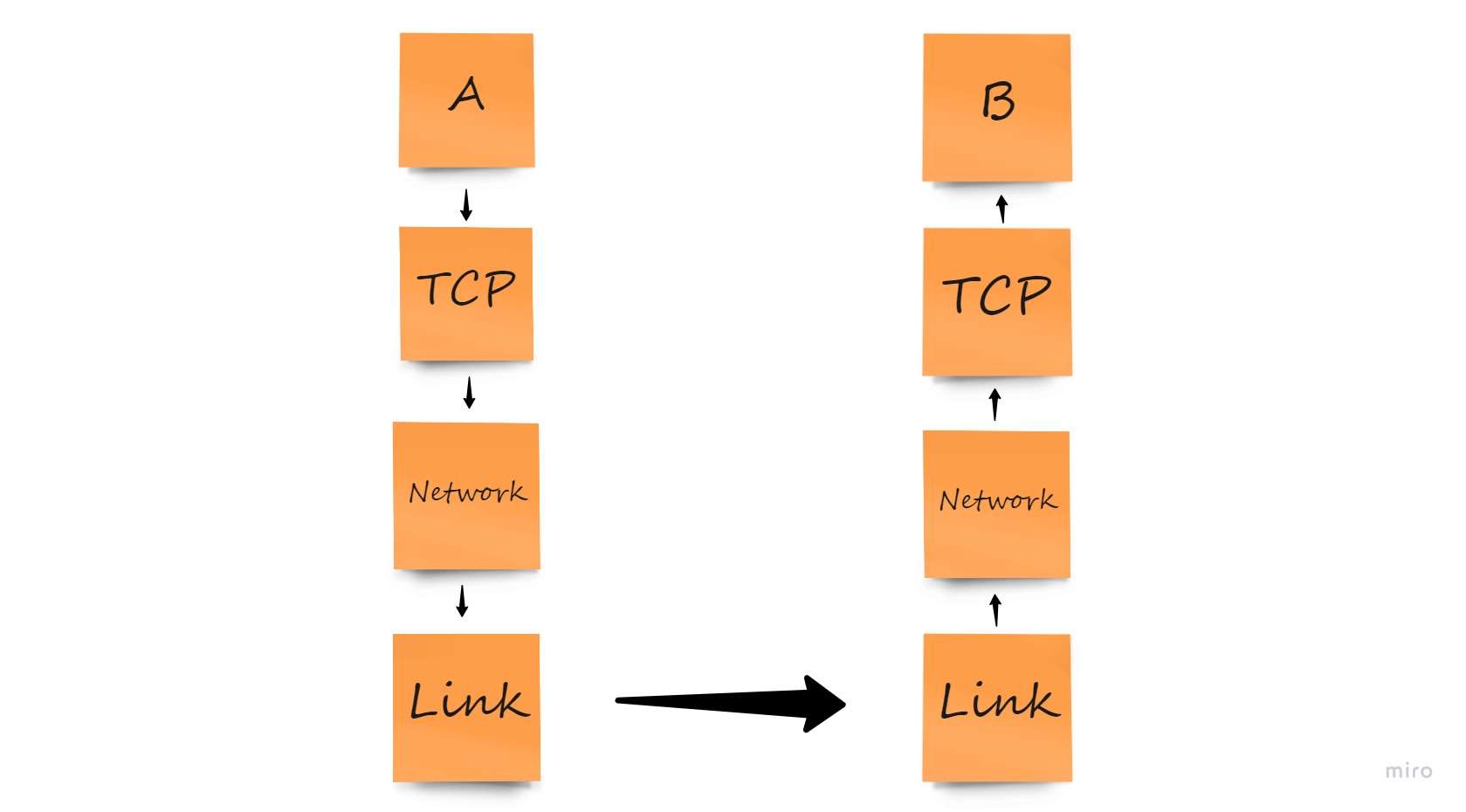 The sender application sends data to a socket, the transport layer (in this case, TCP) packages this data in a segment, and the network layer (for example, IP) passes this packet on to the receiving node by some route.

The network layer will transmit this data to TCP on the receiving end of the conversation, and TCP will make it available to the receiving application as an identical duplicate of the data given.

TCP won’t deliver packets out of order and will wait for retransmission in case it detects a byte stream gap.

This is what we will see if we zoom in. 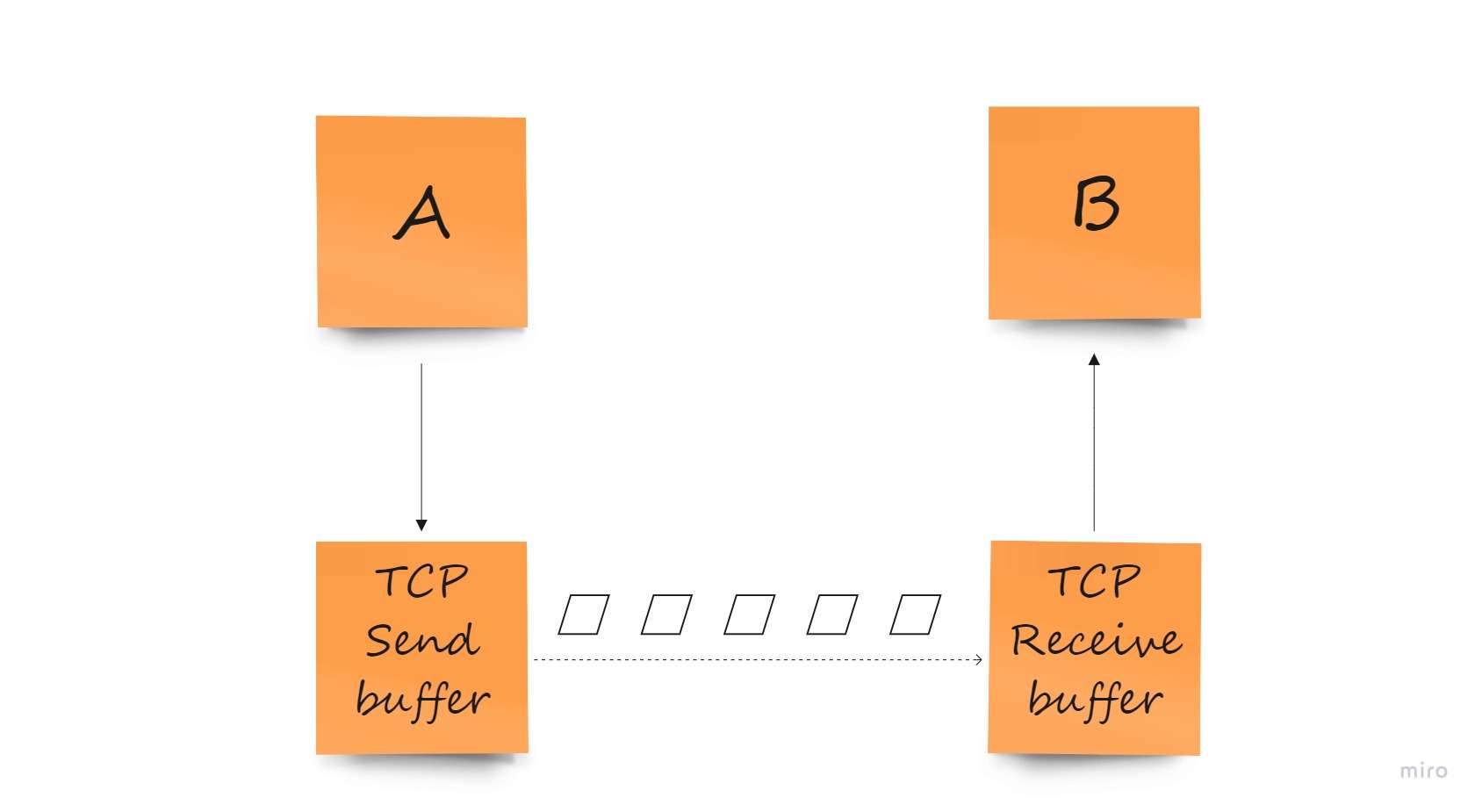 Both the transmit and receive buffers on TCP is used to hold data that has to be sent and received, respectively.

Data from the receive buffer will then be read by the application when it is prepared.

The receiver will announce its Receive Window, or the available space in the receive buffer, in order to limit the quantity of data that TCP can transfer.

The sliding window protocol in TCP is one of the most widely used flow control methods. It is a variable-size, byte-oriented procedure.

The amount of data that can be sent further without acknowledgment is now calculated by TCP based on the available receiver window.

TCP, however, stops data transfer if the receiver window size is 0 and waits for it to increase.

The size of the receiver window is a component of the TCP frame.

The maximum size of the window is 65,535 bytes because it has a window size of 16 bits.

The window’s dimensions are chosen by the recipient. With each acknowledgment message, the receiver transmits the size of the receiver window that is currently available.

When using the sliding window protocol technique, two buffers are established when the sender and receiver are connecting.

The receiving window gives back the remaining receiving buffer space when the sender transmits data to the receiver.

As a result, the sender is limited to the amount of data that can fit in the receiving buffer.

The transmitting window in the example above transmits data to the receiving window.

After receiving the data, the receiving window sends an acknowledgment, and then the transmitting window transmits a new data frame.

This time, though, the receiving window additionally sends a message stating that the available memory is filled in addition to the acknowledgment it has received.

In conclusion, the data connection layer and the transport layer are responsible for handling flow control concerns.

The basic objective of the flow control mechanism is to stop the receiver from becoming overburdened with data from the faster-transmitting sender.

Even if the data being transferred by the sender is error-free and being sent at a quicker rate thanks to a powerful machine, it is possible that the slower end’s receiver will be unable to handle the faster data rate and will therefore lose some data.

What is Mesh Network Topology?